Re-imagining the Ethiopia Crisis: What the U.S. Can Do 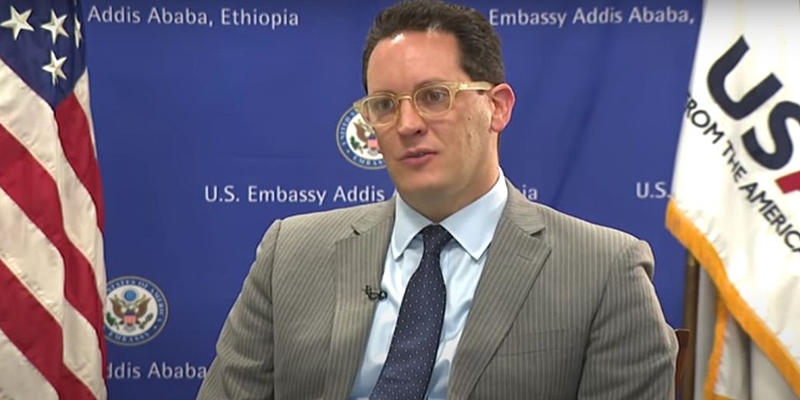 The U.S. Agency for International Development (USAID) is in a tough spot. Every day the U.S. issues another warning about the humanitarian crisis in Tigray while its food aid sits in warehouses—unable to move because the Ethiopian government is hell-bent on starving the people of Tigray. Not even USAID’s administrator, Samantha Power, has been able to move this food despite an official visit to Ethiopia where she was ignored by Abiy Ahmed. Ms. Power had accused Abiy Ahmed and his government of obstructing access to Tigray. In response, the Ethiopian government accused Ms. Power of “weaponizing food” and “supporting terrorism.”

And in a stunning display of diplomatic blundering, USAID’s Ethiopia Mission Director, Sean Jones, accused the TPLF of looting its warehouses of food aid.  According to Mr. Jones, "We do have proof that several of our warehouses have been looted and completely emptied in the areas, particularly in Amhara, where TPLF soldiers have gone into.” According to Mr. Jones, “the TPLF has been very opportunistic.” This has never been verified in any way. Tigray government spokesperson Getachew Reda called for an independent verification; in the absence of any kind of investigation, this accusation hangs in the air like a bad smell.

According to U.S. estimates, at least five million Tigrayans need immediate assistance and an estimated 900,000 people are on the brink of starvation. On December 2, 2020, having declared victory over Tigray, Abiy Ahmed reached an agreement with the U.N. where he promised “unimpeded, sustained and secure access” for humanitarian supplies to reach those in need across areas then under its control in Tigray. This included the border areas around the Amhara and Afar regions.

It seems incredulous that the U.S. government is watching Tigray starve—this after months of occupation by Ethiopian and Eritrean defense forces who rapaciously killed, raped, and pillaged with the help of Amhara militia, the United Arab Emirates, Turkey and Iran. The U.S. knows how to deliver food. From Somalia to North Korea, the U.S. government did the impossible—delivered food to starving people in spite of the constraints put up by the host government.

The U.S. can't seem to reconcile two facts about the current humanitarian crisis in Tigray. First, its ally, Abiy Ahmed, is committing a self-admitted genocidal campaign against Tigray. He said it. He planned it. The U.S. is taking steps now to formally acknowledge it. Second, the Government of Tigray is the only political actor capable of stopping this genocidal campaign. External political actors have attempted to pressure Abiy Ahmed into negotiating with the Tigrayan Government but not one has been successful. Indeed, the failure of the international community as a whole to make good on its promise following the Rwanda genocide has already been written in the history books.

U.S. foreign policy towards Africa has been marked by spectacular failures—constructive engagement with the South African apartheid regime, the Democratic Republic of Congo (then Zaire) under Mobutu and Rwanda under Juvénal Habyarimana. This latest chapter in failed policy follows a similar pattern of respecting the bilateral compact and pretending that the head of state is a rational political actor.

In the case of Abiy Ahmed, all evidence points to the fact that he has become a ruthless authoritarian despot who has steered his country on the road to collapse. U.S. efforts to influence Abiy Ahmed have fallen flat, despite the recent administration sanctions and the threat of being labelled responsible for a genocide. The U.S. is making mistakes simply because Ethiopia is a massive knot of interests, political actors and historical antecedents that is impossible to unwind. It’s perspective on the recent crisis is weighed down by the lack of political imagination. Washington, D.C. has a core of Ethiopianist scholars who seem incapable of re-imagining Ethiopian politics to fit the reality of the crisis. Policy makers are fixated on a narrative of the roots of the Ethiopian crisis that has little to do with the reality. Here are some suggestions that might help shift the hopeless trajectory of the current U.S. government response.

1.   The U.S. needs to talk to the Government of Tigray openly, transparently, and publicly and the TPLF leadership.

It is clear that the U.S., through its Special Envoy and other diplomatic channels, is talking to the Government of Tigray and the TPLF leadership. However, it is important that the Ethiopian people clearly understand that the U.S. Government does not consider the Tigrayan Government or the TPLF leaders a “junta” or “terrorists.” The Ethiopian Government has carried out an intensive three-year campaign at every level of government to demonize not just the representatives of the Tigrayan people but Tigrayans themselves. That is the first step of a genocidal campaign. Ordinary Ethiopians as well as elites have embraced the de-humanization of the TPLF and Tigrayans in general, allowing tolerance and even support of the crimes against humanity and war crimes committed against Tigrayans.

The U.S. has taken care to engage Ethiopia’s leader—abiding to the established bilateral norms of diplomacy. However, it is clear that Abiy Ahmed is not a rational political actor. He will not bend to external influence. His recent call to expel U.N. officials from the capital is just one of many examples of his misunderstanding about how diplomacy works. There are many more examples of his recalcitrance that point to his contempt for anyone who dares to peek behind the curtain of his mythological state.

One way to re-imagine Ethiopia is to acknowledge the legitimacy of Tigray’s leadership and undertake a public campaign of recognition. Ethiopians have accepted the genocidal campaign against the Tigrayan people based on three years of hate speech coming out of the highest level of government. This can be countered by the U.S. signaling its acceptance of the legitimacy and credibility of Tigray’s leadership to ordinary Ethiopians—no more behind the scenes diplomacy.

2. The U.S. needs to abandon its diplomatic rhetoric that conveys equivalence in this conflict.

The Ethiopian Government is the aggressor in this conflict and the Tigrayan Government are trying to stop the extermination of the Tigrayan people. Credible human rights organizations have documented war crimes and crimes against humanity committed by the Ethiopian military, Eritrean military and Amhara militias against Tigrayans. The U.S. Government has made official statements attesting to the “ethnic cleansing” that is being done by the Ethiopian Government against Tigrayans living outside of Tigray. The Government of Tigray has invited international human rights organizations to investigate any allegations against Tigrayan forces and have stated their commitment to holding anyone and everyone accountable if allegations are found to be credible. Abiy Ahmed’s recent speech that compared Tigrayans to the devil and that they should be “the last of their kind,” rhetoric condemned by the State Department as “dangerous and unacceptable” is a clear indicator of the Ethiopian leader’s intent to dehumanize and exterminate the people Tigray.

3.   The U.S. administration’s recent announcement of sanctions against any party refusing to take part in negotiations to stop the war or impeding humanitarian access to Tigray is a significant step towards the facilitating an end to this brutal war.

The U.S. needs to act on these sanctions immediately. There must be concrete consequences from external actors. However, the U.S. should be prepared to accept the fact that Abiy Ahmed is not a rational political actor.

4.   The U.S. knows how to deliver food aid despite the efforts of a government attempting to starve the people.  It did so in the 1980s. It did so in Tigray.

In Tigray, the [Ethiopian] government preferred to withhold aid from the province, thus starving the people. The government attempted to conceal this fact, and in doing so was abetted by the United Nations, which in August 1985 produced a mendacious report endorsing the government's claim that it was feeding most of the famine victims in Tigray, at a time when it was in fact feeding very few indeed. A huge army offensive into Tigray in 1985, as well as being particularly bloody and destructive, was aimed at preventing clandestine relief supplies coming across the Sudanese border to TPLF-held areas.

The story of an Ethiopian government starving the people of Tigray is not new. It is Abiy Ahmed’s intention, in the absence of a military victory, to starve the people of Tigray. Since November he has promised unfettered humanitarian access. He lied and he will continue to lie.

The U.S. Government is being weighed down by a narrative embraced by the policy community that does not fit the reality of the current conflict. This has caused delays in substantive action that could move the U.S. forward in the most important role it can play in Ethiopia—getting food to the people of Tigray. Let the parties play out this conflict to the bitter end. What the U.S. can do is deliver life-saving humanitarian assistance to Tigray. Time is the enemy.

This article has been read 193 times
COMMENTS