What Next After Termination of the Doing Business Report? 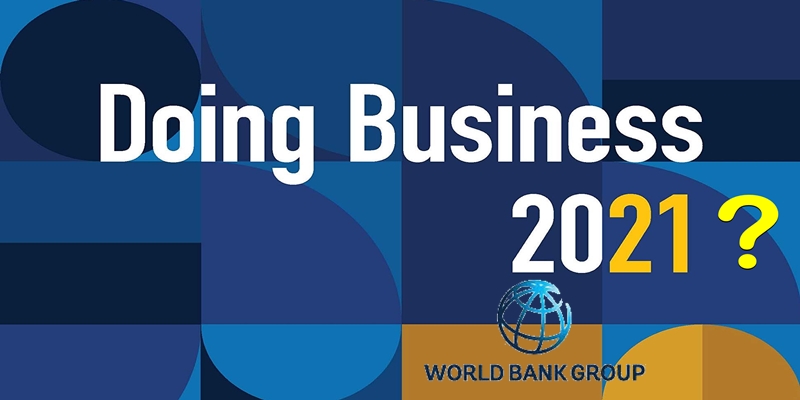 The decision by the World Bank to halt the publication of the Doing Business Report has elicited mixed reactions, though most of the reactions seem to be celebratory – was it disliked that much?

Yours truly is somehow pinned at a crossroad contemplating whether to sympathise with the World Bank or attempt to join the militancy bandwagon to further demonise the Doing Business Report, and extensively, the Bank itself. If a gun was to be pointed at my head, or if kidnappers were to come calling, with the two choices offered as ransom, I’d gladly opt for the militant feat; hammer and tongs on the Bank and its doomed Report.

I am tempted to dig out the history of the Doing Business Report, but the information is all over the internet for you to scour. At the outset, however, a better understanding of the ill-fated Report can only be obtained by acknowledging the ideological standing of the World Bank; something along the lines of free-market economics.

In 2020, I ranted on Facebook about the careless mannerisms of politicians, journalists, researchers, and other people religiously – and blindly for that matter – embracing the Doing Business Report. The comments on the post reflected the varied opinions and beliefs on the validity of the report.

On one hand, some conveyed their mistrust about the Report based on its detachment from the reality on the ground – more on this is covered later in the article. On the other hand, some were unbowed and unshaken, insisting that the Report is extremely valid, among other foggy reasons, the long hours of work spent searching and compiling data. You can tell that I was miffed by the latter group, partly because of ideological reasons and of course common sense.

Observing high standards of integrity in research and stitching data is akin to walking on landmines. Proverbially, and so, practically, stories sell, but data tells. Most people, organisations and governments use data to drive their agenda and lie!

Lorenzo Fioramonti’s book, Gross Domestic Problem, sheds light on how Gross Domestic Product (GDP) has been historically and fashionably used by governments and other mainstream policy institutions to drive political and economic narratives with little consideration of the prevailing realities.

As such, data is subject to manipulation. The renowned British economist Robert Coase famously remarked that, “If you torture the data long enough, it will confess to anything.” To surmise, the suspension of the Doing Business Report indicates an exercise shrouded in data manipulation.

The inappropriate alteration of data – a decent description for data manipulation – from Azerbaijan, China, Saudi Arabia and the United Arab Emirates (UAE) for the 2018 and 2020 reports was cited as the primary reason for pausing the publication of the Report in 2021. The Report raised the stakes of scorecard diplomacy.

Never mind that in 2018, an external audit indicated that there was no evidence regarding the manipulation of the Ease of Doing Business indicators for Chile.

But don’t get me wrong; it is not just the manipulation of data that is the primary problem of the Report, subjective data collection processes are also a systemic challenge.

The disputed ‘father of economics’ Adam Smith – yes, disputed because the great Ibn Khaldun made riveting economic contributions three centuries before Smith’s supposed landmark ideas – documents in The Wealth of Nations about the society’s benefit from the pursuit of self-interest of the butcher, the brewer and the baker: “It is not from the benevolence of the butcher, the brewer or the baker that we expect our dinner, but from their regard to their own interest.”

The World Bank obstinately dons the robes of the butcher, the apron of the baker, and the slacks of the brewer in pursuing its self-interest – advancing free-market economic policies. A quick one: how the butcher swings his axe, or how the baker mixes his dough, or how the brewer distils the alcohol is solely informed by their interests. They can as well manipulate processes and systems to achieve their goals. In essence, there is no benevolence in the market, and so, the World Bank is a profit-making business, and not after mounting charity parades. This is a low-hanging incentive for the Bank’s staff to seek solace in monkey business exercises.

When Paul Romer poked holes on the credibility of the Report in 2018, I embarked on an unholy mission to further understand the underhand dealings by the Bank to admonish some countries while praising others.

I never doubted Romer’s retracted comments on the aim of the Report to lower Chile’s rank on the account of having a socialist government given the Bank’s tainted policy history.

Romer’s Damascus Moment triggered other reactions from organisations and individuals alike. A blog post published by Oxfam in January 2018 highlights some weaknesses of the Report. First, the ideological bias of the Report tramples on any form of regulation dealing a heavy blow on attempts by governments to advance social benefits to the most vulnerable individuals. Second, the "total tax and contribution rate" indicator that perfectly enhances the conventional economic wisdom that low taxes are effective incentives for business prosperity, more so, in attracting foreign investment. Typical trickle-down economics! Tom Bergin busts this myth (cutting taxes to enhance investment and economic growth) in his book Free Lunch Thinking.

In 2013, the Independent Panel Review of the Doing Business Report made several recommendations including reforming the Report’s methodology, increasing its level of transparency, removing aggregate rankings (the Ease of Doing Business Index), and permanent deletion of the labour market flexibility and tax rate indicators.

An open letter (dated March 11th, 2021) to the Bank’s Executive Directors undersigned by 361 civil society organisations, social movements, trade unions, academics and independent experts from 80 countries highlights reasons for ceasing the publication of the report as premised on “methodology, data selection and scope, questionable robustness of the aggregate rankings, and its anti-regulation bias.”

Joseph Stiglitz, a former chief economist at the Bank, further punctures the Report noting that: “…I thought it was a terrible product. Countries received good ratings for low corporate taxes and weak labor regulations. The numbers were always squishy, with small changes in the data having potentially large effects on the rankings. Countries were inevitably upset when seemingly arbitrary decisions caused them to slide in the rankings.”

I came across an article authored by Gerard McCormack and published in the European Business Organization Law Review journal and admired his thoroughness in analysing the Doing Business Report. Consider one of his statements: “The DB project has a universalist, quasi-imperialist vision in that it puts legal rules and legal systems at the fulcrum of the development equation but a variety of non-legal factors clearly impact on a country’s economic performance.” Yes, the imperialist dream marches on – a sort of one-size-fits-all approach to economic growth and development.

McCormack further notes that “the DB project should be stripped of its preoccupation with rankings—the process of simplifying complex matters of policy execution and design into a simple, single ranking.”

But his remarks on the misleading broad-brush approach of the Report rang the loudest in my ears: “Context and cultural sensitivity are all important in the ‘real’ world and reducing all sorts of complicated matters to a single ranking hardly seems compatible with bringing about genuine improvements in the legal architecture for doing business.”

The World Bank seems to have abandoned its attempt to swim through a river infested with hungry and bloodthirsty crocodiles. Let's assume the Bank is now patched on an isolated island in the waters, will it resolve to change course, or just pause and embark on its mission with gusto?

The press statement issued by the Bank communicating the discontinuation of the Report hints at the development of “a new approach to assessing the business and investment climate.” I guess that the Bank may decide to rename the Doing Business Report and panel beat a few aspects here and there in line with the recommendations of the 2013 Independent Panel Review of the Doing Business Report.

What’s more, the Bank may consider scaling up the transparency processes of the Report’s successor. As noted by Ian Richards, UNCTAD’s Global Enterprise Index offers a benchmark for the World Bank to learn from with regard to transparency, and more specifically, inviting input from the public instead of relying on specialists and experts holed in some ivory towers.

Governments and other policy institutions should cease relying on the Doing Business Report to guide policy formulation because its methodological weaknesses and benchmarks advance inequality and derail broad-based socio-economic growth and development. Social indices are just as important as economic indices in assessing growth and development.

Is it difficult to move on from past or toxic romances? The failure of the Doing Business Report indicates that, after all, moving on from ex-sweethearts or toxic lovers is something the World Bank is not ready to embrace. The Bank's romanticisation of raw free-market economics ignores the failure of its past and present romantic advances such as the Structural Adjustment Policies (SAPs). Context should always dictate policy formulation and implementation. This is a vital lesson noted by Ha-Joon Chang in his two books Bad Samaritans and Kicking Away the Ladder.

The goose is cooked. Time will tell how delicious or unpalatable the meal is.

Sitati Wasilwa is a political economist, and a researcher, writer and consultant on geopolitics, public policy and governance affairs. He is a youth leader at Kenya YMCA, a member of the Local Solutions Youth Panel at the Global Youth Mobilization and a contributing writer for The African Executive Magazine. He writes in his personal capacity.

This article has been read 245 times
COMMENTS