Repression of Abahlali in eKhenana Continues but the Commune Remains 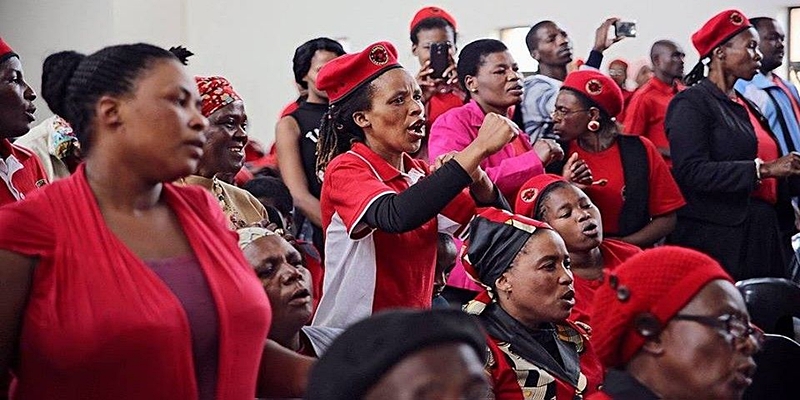 The criminal justice system – including the police and the prosecuting authority – continues to be misused by the ANC to repress our movement. Just under two weeks ago three of our comrades from the eKhenana Commune – Lindokuhle Mnguni, Landu Tshazi and Ayanda Ngila – were released from prison after being held for six months on bogus charges and repeatedly denied bail. A week ago, all charges were dropped against Mqapheli Bonono, Maphiwe Gasela and Siniko Miya, all of whom are also participants in the Commune. Miya had spent six months in prison while Bonono and Gasela were granted bail after two weeks in prison. Both cases were proven to be trumped up and the arrests and imprisonment to have been based on lies by the state witnesses.

On Friday last week three women – Nokuthula Mabaso, Thozama Mazwi and Sindiswa Ngcobo – were arrested by the notorious Cato Manor police station. All three have made huge contributions to the building of the eKhenana Commune, and played a very important role in keeping the Commune going while other leaders were in prison. Last week there was a harvesting of the cabbage that has grown well this year.

The three were charged with assault with the intention to commit grievous bodily harm in relation to an incident in June last year. At that time a woman associated with the local ANC attacked a migrant worker with boiling water. The three intervened and there was an altercation.

The three were kept in the holding cells of KwaKito (the Cato Manor police station) over the weekend and appeared in the Durban Magistrate’s Court today. While members of our movement were quietly sitting outside the courtroom they were told that they were ‘intimidating’ and most move. Our mere presence as organised poor black people is taken as a threat, as illegitimate, even as criminal. We are often denied access to the court building, or to the courts where matters are being heard. Today we could not enter the court room.

The three were denied bail and sent to Westville Prison, a terrible place that damages all who must suffer it. They were denied bail because the complainant said that she was being ‘threatened’. This is not true, and is exactly the same tactic that was used in the previous cases to keep innocent people in prison. No evidence was given to support this accusation.

An assault case is under schedule 1 and under normal circumstances bail cannot be refused. Only Abahlali members are refused bail on less serious offences. These are women with young children yet they are being sent to prison by the same state that pretends to be waging war against ‘the abuse of women and children’ in South Africa.

Ntokozo Ngubane, who is close to the complainant, played an important role in making the false allegation against Mnguni, Tshazi and Ngila. In that matter she eventually admitted that she had lied in her witness statement. As we have explained in previous statements, she is part of a local ANC family which aims to take control of both the occupation and the local ANC structures. One of her brothers is a notorious hitman (inkabi) and the other two carry guns and have often threatened people in the occupation and fired their guns as part of their threats. Her father, NS Ngubane, is a key person in the local ANC, and has tried to secure nomination as a councillor.

Ntokozo and her father have the same surname (isibongo) as the Chief Prosecutor and NS Ngubane seems to be exploiting this relationship to influence justice system, as he is seen in and out of the office of the Chief Prosecutor. NS Ngubane was in and out of the prosecutor’s office today, as happened during the two previous cases. The fact that he can skip all processes of the court and go straight to the Chief Prosecutor means that the judicial process in these matters has no credibility. He was heard in the corridors of the court saying ‘Kufanele kuphele nge Khenana’, meaning that eKhenana must be completely destroyed. His political agenda is not hidden.

It is well known that the eKhenana occupation was regularly attacked by the state for years, that the Cato Manor police have been extremely hostile, and that the local ANC, led by NS Ngubane have tried by all means to take control of the occupation so that Abahlali’s living politics and the spirit of ubuhlali and Abahlalism can be destroyed in the area and they can take control of the land to sell it for shacks, and to rent out shacks.

NS Ngubane is not only holding the Durban magistrate court at ransom, he is also able to instruct the police at KwaKito who to arrest or to release.

After the eKhenana occupation was developed into a working Commune, with the production of food, the development of infrastructure, cultural projects such a poetry and the building and running of the Frantz Fanon school where people have come from all over to participate in radical education programmes it became a more general threat to the ANC.

The brazen misuse of the criminal justice system to repress our movement is outrageous. It is outrageous that Ntokozo and NS Ngubane can work with both KwaKito and the prosecuting authority to have our leaders repeatedly arrested, jailed and denied bail on bogus charges. Along with our deputy president, Mqapheli Bonono, eight participants in the eKhenana Commune have now been arrested and jailed on bogus charges in three separate cases.

Some of the officers at KwaKito now refuse to open cases for the Ngubane family because they know that they have fabricated cases in the past. However, there are two officers who have opened cases that are against Abahlali and refuse to open cases when Abahlali members are abused by the Ngubane family. We call on all police officers and prosecutors to refuse to take instruction from the ANC and to operate according to evidence.

Our movement as a whole, and individual occupations, have come under repeated waves of violent repression from the state and the ANC over the last 16 years. A high price has been paid for continuing to organise and resist. A total of 19 comrades have lost their lives. The criminal justice system has been repeatedly misused during these waves of repression. We lost count, many years ago, of the number of comrades that have appeared in the dock. But what we can say for sure is that in almost all instances charges have been withdrawn before the matters have gone to trial, and in every single instance when a case has gone to trial the state has failed to secure a conviction, and it has been clear that the charges were a complete frame up. Many hundreds of arrests have not resulted in a single conviction.

We cannot count how many times we have taken the state to court to stop evictions, overturn legislation or sue for abuse at the hands of the police. In almost every instance we have won. This gives our members some confidence in the fairness of courts, but the misuse of the criminal justice system to repress the movement destroys that confidence.

The National Prosecuting Authority need to deal decisively with its capture, in part, by the thugs in the ANC who are aiming to destroy our movement.

The repression of eKhenana continues but the commune will remain. They cannot arrest us all. We cannot accept this. There will be no business as usual.

We will write to National Prosecuting Authority Director, Adv. Sharmila Bathoyi to ask her to investigate the captured KwaKito police station and NS Ngubane’s relationship with that police station and some court senior officials.

Once again, we thank the comrades from across Durban, around South Africa, from all over Africa and around the world who have stood in solidarity with us and the eKhenana Commune.

This article has been read 182 times
COMMENTS