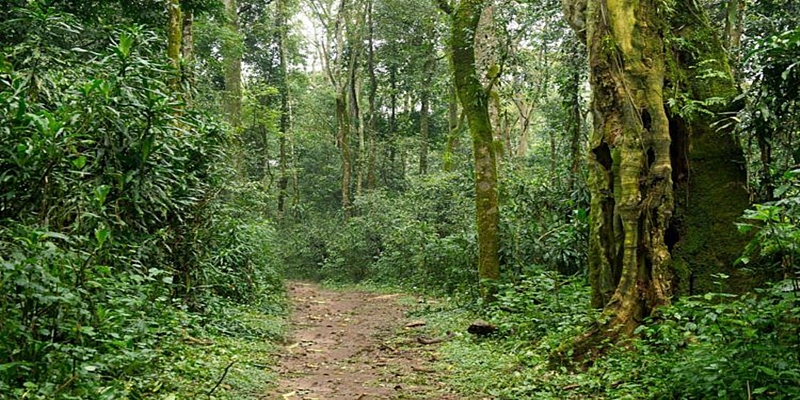 As preventable deforestation rages on worldwide, even in the midst of the COVID-19 pandemic, a new analysis takes stock of national-level efforts to protect, restore and enhance forests. It finds that despite some declining deforestation rates and successful forest protection policies, countries worldwide must radically shift gears to fully realize the powerful role forests can play in cutting carbon emissions. The study includes an original analysis of the 32 most important forest nations that could achieve the largest impact, revealing that most give short shrift to these ecosystems in their Nationally Determined Contributions (NDCs).

The study, which takes stock of overall progress on the New York Declaration on Forests, provides a sweeping assessment of government efforts for protecting forests. “Many governments made important progress for forests. They have initiated ambitious policy reforms, created new monitoring systems or forums for multi-stakeholder collaboration. Yet, all these efforts have not been enough to turn the tide on deforestation and unsustainable land use. If world leaders are really serious about the Paris Agreement and stopping climate change, they need to step up now and put forests front and center in their policy agendas,” said Franziska Haupt of Climate Focus, lead author of the report.

The second round of country-level pledges for achieving the Paris Climate Agreement are due for submission in advance of the UNFCCC climate talks in Glasgow (COP26). While countries will only first report on their progress in achieving these goals in a few years, the NDCs provide an important indication of how close they will come to achieving the full mitigation potential of forests.

Included in the study is a new analysis of forest targets in the NDCs of the 32 countries with the most potential to reduce carbon emissions through three activities: reducing deforestation, improving forest management, and restoring and planting new forests. Together, these countries represent 82% of total mitigation potential from reducing deforestation, 68 percent for improved forest management and 66% for restoring forests. The study finds that, collectively, the ten countries that do quantify their forest targets would achieve only 50% of the overall combined mitigation potential of their forests. When India’s ambitious tree-planting target is excluded, the collective target achieves just 16% of the combined mitigation potential of their forests.

“When it comes to protecting forests, there is a yawning gap between where governments are and where they need to be. We won’t tackle climate change without looking after forests and the people who depend on them. Forests provide a vast carbon sink, a vital source of biodiversity and crucially a livelihood for millions of people. With COP26 around the corner, now is the time for governments to realize the full benefits of protecting forests.” said Alison Hoare, Senior Research Fellow at Chatham House.

“A key step to achieving forest goals is the greening or shifting of funds away from activities that can drive deforestation, for example in agriculture, mining and infrastructure. No single NDC mentions plans to look at fiscal policies like subsidies and how they may work against forest climate goals,” said Sanggeet Mithra Manirajah, lead author of the report, Taking stock of national climate action for forests: Goal 7 Progress Report.

About a quarter of the 32 countries assessed stipulate that their forest targets can only be achieved if they have access to international financial support. But a new analysis of the state of forest funding in the report reveals that this finance is in short supply—only a “miniscule fraction” of what is needed.

Since 2010, countries have spent, on average, USD$2.4 billion per year for forest and climate goals at the national and international levels. That’s only between 0.5%-5% of what is needed to protect and restore forests--estimated to be as high as $460 billion per year.

“Estimates about how much we need to protect and restore forests vary, but it’s clear that the funding currently available is only a drop in the bucket of what we need for forests. By ramping up investments in forest protection and sustainable management, the world could reduce emissions while securing clean air, water, fiber, food, livelihoods and biodiversity,” said Michael Allen Brady of the Center for International Forestry Research, CIFOR.

“To slow runaway climate change, the global community needs to commit to both decarbonizing and stopping deforestation. Now is the time to move from commitments to action by making high-quality investments in nature that keep trees standing while valuing the rights of Indigenous peoples and local communities,” said Shyla Raghav, Vice President of Climate Change at Conservation International. “Investments that will stop deforestation are sometimes overlooked but they are an immediately available tool that is a win-win-win for climate, biodiversity and humanity.”

The study argues that funding should go to a consistently overlooked solution to protecting forests: granting land rights to Indigenous peoples and local communities (IPLCs). Colombia’s NDC makes extensive reference to the role of IPLCs for forests, while for other countries home to prominent IPLC groups—including Malaysia, the Democratic Republic of Congo (DRC), Canada and the United States—references are vague or absent.

This is despite a growing body of research demonstrating that IPLCs are critical for forest protection. A forthcoming study, for example, found that IPLC lands are net carbon sinks and can play a key role in meeting NDC objectives in Peru, Brazil, Mexico and Colombia.

Overall, only half of the climate plans analyzed recognize the role of IPLCs in achieving forest goals. When they do recognize IPLCs, they fail to specify how they will involve IPLCs in efforts to achieve these goals and whether IPLC rights will be strengthened as part of this target.

“The majority of lands stewarded by IPLCs are in a relatively good ecological state, demonstrating their key role in nature conservation,” said Fran Price, Global Forest Practice Lead at WWF. “It is crucial to secure the land and rights for these communities, as it is one of the most effective and proven approaches to the conservation and sustainable management of forests.”

Some Countries Offer Models for How Forest Protection Can Work

Some countries offer models for how forest protection can work. Vietnam, for example, has successfully integrated efforts to reduce deforestation into its broader development and land use planning. In Lao People's Democratic Republic and Indonesia, moratoria on timber exports and palm oil plantations have shown some positive effect on reducing deforestation rates. Peru and DRC have improved the participation of Indigenous peoples and civil society in decision-making for forests. More than one hundred countries have established strong systems for forest monitoring.

Overall, however, the picture of progress is mixed. More work needs to be done urgently to ensure that these positive initiatives are effectively implemented. All governments will need much bolder reforms to stop the powerful forces that drive deforestation and unsustainable land use. They will also need strong local constituencies that are empowered to hold decision makers accountable and advocate for forests, even as administrations and political winds shift.

“We have the solutions to tackle deforestation, but they are still not being implemented at scale. Land use decisions are often made by the elite who prioritize short-term economic interests. Overcoming this requires establishing processes to open up decision-making, particularly for forest-dependent communities, who are most affected by decisions yet are often excluded from consultation processes.” said Hoare.

Scientists agree that forests are a key climate solution. Forests and lands represent 30% of the carbon we need to mitigate to achieve the Paris Agreement goals. Halting deforestation, allowing damaged forests to grow back and keeping undisturbed forests intact while improving the production of food and sustainably using lands could significantly contribute to meeting global climate targets.

Currently, land use change, including deforestation and degradation, accounts for about 10-12% of global emissions. Yet forests continue to be a significant natural carbon sink; between 2001-2020, forests provided a net removal of up to 7.35 gigatons CO2 (GtCO2) per year from the atmosphere.

A range of activities from the land use sector—reducing deforestation, reforestation, and improved forest management—can additionally increase the amount of carbon that is absorbed by and stored in forested lands. Recent estimates show that these three activities alone can help achieve between 2.7-15.6 GtCO2 per year globally.

At a time when the protection and restoration of the world’s forests is most critical, several countries have weakened regulations around forest protection and use, undoing progress in some and endangering forests and their communities in others. In five countries with the world’s largest areas of tropical forest—Brazil, Colombia, DRC, Indonesia and Peru—governments have responded to the COVID-19 pandemic to roll back social and environmental laws, regulations and safeguards, which could incentivize forest loss.

“We don't need new promises or declarations; we just need countries to follow through on what they've already committed to do," said Haupt. “Forests are essential. And we have the tools we need to protect and restore them. If we don’t protect forests now, we will face a warmer world and lose one of the globe’s most important resources, fundamental to all people and to the Earth’s critical functions.”

About the NYDF Progress Assessment

This article has been read 327 times
COMMENTS