Frontier Markets: The Reality Ahead 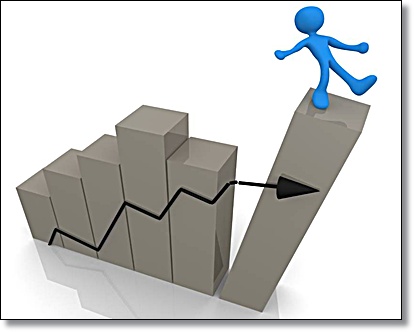 The world seems to be catching fire, and its spreading rather fast. What does that mean for the smaller economies?

In the game of numbers, writing a couple of millions always sounds like easy maths. When it comes to profitability, several billions is usually the optimum.  This is never the case when it comes to debt. Millions, perhaps not bad; billions, wait a minute! But trillions? That’s not what we’d have imagined.

The world is watching the direction that the US economy will take in the coming months following the revelation that its debt level, currently at US$. 14 trillion could be headed towards a default.  This comes at a time when the global economy was perceived to be recovering from the recent financial crisis.  It can’t just get worse than that for the USA.  The stocks tumbled on Monday’s early trades (August 08, 2011) that saw most indices close on the red.

The drop was as a result of panic selling by investors following the downgrade of its credit rating from a triple A (AAA) to AA+.  Notably, the US has maintained the triple A rating since 1917.

But the challenge in the world economy is not just the US debt, China too is suffering from its own challenges - from the corrupt dealings that have led to a failing speed - rail to huge foreign reserves amounting to over US$. 3 trillion.  The latter can be viewed as a blessing, but the lack of investment haven could result to a curse for an economy that has maintained its status as the fastest growing economy in the world.

What can the world do with US$. 3 trillion ? According to an analysis done by the Financial Times (FT), if China were after commodities, rather than countries, it could stash away 25bn barrels of Brent crude. Based on February’s consumption, that would satisfy almost 13 years of net oil imports. What about companies? Assuming a civil 30 per cent takeover premium, Beijing could buy up America’s ten biggest listed firms, from ExxonMobil to JPMorgan, or the 15 biggest Euro-stocks, from BHP Billiton to Eni. For true value for money, though, China might want to browse a little closer to home. Its reserves managers could acquire the entire Nikkei 225, with $30bn in change.

We however know that the world does not work that way. So, with or without options, the huge reserves issue will remain unaddressed for a long time; purely because they cannot liquidate everything at current levels and walk scot free.  Indeed, the reason why China could be more worried is the amount of money stuck in the US fixed income market whose value may soon deteriorate and the risk level heightens narrowing its future investment havens.  It is unlikely that China will look further Eastern for investment options. The larger peers in the region such as Singapore and Malaysia are too small to attract the volume of funds. Japan is yet to recover from the earthquake at the backdrop of bureaucracies that have curtailed recovery.  European economies do not offer any options either. The sovereign debt, a result of the 2009 bailouts has made the region an unfavorable investment destination.

As USA takes the Quantitative Easing approach to resolving the debt crisis, the rest of the world is watching. The G20 Nations are likely to take a rounded approach to addressing the mounting crisis. This, in turn could mean that the effect may not hit the economies hard as it did in the previous crisis, which many view as an extension to the current one.

With the narrowing options for the West and China, where does this leave Africa and other frontier economies?  Africa, the major host for most frontier markets in the world is a potential growth front. While the debt crisis could arguably have created another moment for African markets, Africa fails to impress the moneyed economies.  Chinese foreign reserves for example cannot be absorbed in any single-nation-projects in Africa.  The wealthier states; Libya, Egypt and Nigeria have had tensions for the greater part of the year. On the other hand, Ghana, Botswana, Rwanda, Uganda and Kenya still remain too small with corruption remaining a major set-back.

As China shops for options, perhaps among the key beneficiaries will be smaller economies like Turkey, Colombia, Chile, the Czech Republic, Hungary, Israel, Peru, Poland, Thailand and the Philippines. Although equal in stature (but not size) to the above mentioned African economies, political risk does not fall among the factors that curtail growth, and arguably, the worst of all systemic risks within a potential capital market.

Kenya’s economy, which was apparently at take-off, is fighting its own wealth imbalances that have thrown off millions of rural poor into starvation with thousands reported dead.  Corruption, the ‘second name’ for most politicians continues to rob this nation of its education system, pride and currency among other losses. This case cuts across most African nations. As a result of this, foreign direct investments have declined to levels where performance almost falls at par with those of most affected larger economies. One would argue that stocks for example in smaller economies have rebounded faster and harder before. That, still doesn’t qualify them as hedges.

Arguably, Africa, and the rest of the frontier markets are equally a casualty to the global crisis just like globalized nations, meaning that decoupling, as a hedging strategy will still remain a myth.  In fact, hedging can more often be inaccurate, foolish and  unnecessary.

As USA debates its recovery strategies, China debates its next investment frontier; the rest of the world may just have to sit and wait as another global calamity begins to take shape.  And while at it, it may just be time for a greater global transformation, only this time with more casualties- and we are on the front line.

This article has been read 1,725 times
COMMENTS