Banks Must Put People at The Center 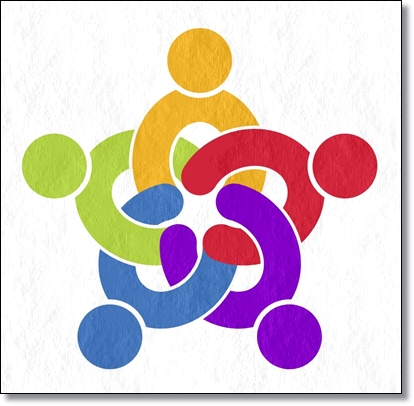 I look at the question of financial inclusion against the backdrop of what we might call the operational inclusion of financial services and of commerce more broadly in this country. What I mean by operational inclusion is the array of support that government and communities provide to businesses and without which those businesses could not operate. The enormous financial benefit (which even the BBA has estimated at several tens of billions of pounds a year) that the banking system receives through explicit and  implicit government guarantees of its solvency is perhaps the most obvious single support that we, as a society, provide to the business, but it is not the only one.

If we’re going to look at financial inclusion, and the likelihood that some communities may depend on elements of support from financial services companies, then we need to be honest in recognising the existence of commercial dependency on a just and stable society and hence on the communities of which it is made up.

The issue of financial inclusion and its relationship to the vision of society that we have in this country and internationally has come to the surface much more clearly over the last few years. In the period following Big Bang, it was expected that banking would spread to the entire population. There were numerous studies demonstrating that cash would go out of style (they’re still around), and that everyone would have a bank account.

However, alongside the beneficial effects of competition and a desire to gain more customers was the unfortunate, and in the end seriously damaging, problem of banking either missing out on certain parts of the country, or treating them, at best, as a regrettable necessity. The market began to show signs of inefficiency and selectivity.

Competitive pressure to drive down the cost of the branch networks worsened this problem. It is especially noteworthy that branch closure was not, we know from recent IT problems, accompanied by root and branch renewal of systems which might have been some justification, and that some areas of banking did not suffer the same budget constraints. The Social License to Operate, which alone justifies an implicit guarantee of solvency, was less valued than it should have been.

In the period following the crash of 2008, the problem has become far more serious. HSBC and Lloyds alone control a vast proportion of domestic and retail banking in this country. There is a strong correlation between ATM presence and wealth, providing yet another cost to poverty, similar to that which arises in the cost of energy.

Although there has been much recent progress in provision of free-to-use ATMs – and Lloyds and HSBC have been very active in this through LINK – there are still areas without them. And this adds further pressure in situations where people are facing financial distress.

We also are all aware of the problems of high cost credit, whether through pay-day lenders or door-step lenders, and what the chief constable of a northern police force described to me in 2012 as, ‘the golden age of the loan-shark.’ That’s not referring to the legal ones but the illegal ones, which are often the only fall-back when the legal ones don’t work. Progress has been made, very dramatic progress. The FCA has taken action against the usurious interest charges levied by too many lenders, but there is still much more that can be done.

Financial inclusion is a basic necessity for dealing with deprivation and poverty. It is part of the fundamental infrastructure of society. Access to employment is key to escaping poverty.The most successful forms of creating employment are small businesses, which need start-up finance and easy access to basic banking services. That will include overdrafts, current account services and the availability of loans at a predictable and a reasonable cost in order to deal with expansion or increased working capital needs.

Small businesses are also likely to need good advice in the management of their finances. The smaller they are, the more necessary this becomes – and the less profitable to the bank. Healthy small businesses increase the level of well-being and human flourishing in areas of poverty. I’ve told before the story of someone I met while I was Bishop of Durham. He’d been made redundant 18 months earlier in the depths of the great recession, had a partner and two children, and had looked for jobs in every possible way. Eventually he decided to set up a business on his own, as a painter/decorator, his trade. He needed a loan to pay for equipment to start his business which would be very local and was in an area of very significant deprivation. It took him twelve months to find the loan, and less than three months to repay it. The total amount he sought was £200.

When I met him, his morale was high and his sense of direction clear. He had a six month order book, was working hard five days a week, earning enough and was content with life. It seems absurd that it would have taken so long for such a small amount of money to be found. But he had more sense than to go to a payday lender. The money came in the end from a small local development association – and they got their money back with a good return.

Without good access to normal banking services, economic life in a local area will diminish and almost disappear. It is as bad as if there were no local roads, or local electricity. Small businesses, as we all know, operate in local areas, and they are safer and more successful when they do so. They may in the end expand, but their base must be local.

Inclusion must not be by means of charity, because that is never going to be sustainable. Nor can it be seen as an opportunity to maximise financial return for service providers, because that would be unaffordable for those who use it. A society with a clear moral compass will handle money fairly and justly. The challenge for senior leaders in banking is whether they are willing to take the lead in helping to create that sort of society – and it appears, in general, that they are. Given what all our banks receive from society, I don’t see how they can avoid that responsibility.

Which brings me to my second priority: banking in a moral society, or good banking, must be people centred and not simply bottom line centred. This is not to say that whole areas should be run at a loss, or at less than their cost of capital, but where they cannot be run profitably, rather than walking away, it is a large financial organisation’s responsibility to ensure that over time an adequate substitute is developed.

It should not be the responsibility of government, although they will have a part to play, but the creation of a good society is something that all participants of society should have as an aim and a value, even if it costs money. That responsibility for financial inclusion on the part of financial service providers doesn’t look like such a big ask against the backdrop of the operational inclusion that they themselves benefit from, which I mentioned earlier.

At the heart of both these expectations is the value of the person as sacred, and all other things as secondary to human dignity. It is a value rooted in many faiths and especially in  our Judaeo-Christian tradition. Of course profits have to be made, but they need to be measured not only in terms of their absolute return on capital employed, but also in terms of the human cost of achieving that return. Large institutions with adequate balance sheets working to maximise returns from those who can most afford it, do not produce a sustainable society in the long term.

Such an approach is narrow-minded and short-termist, because sustainable societies are essential to the large companies within them. It is also an immoral approach. Banking has to be people-centred. The pointer of the moral compass must be towards people.

So what is the way forward from where we are today? Certain things have improved greatly, and the changes in the banks have been most striking. I’ve already mentioned the FCA’s action against usurious levels of interest and the growth in the number of free-to-use ATMs. The result is that one sector of the financial services market has diminished greatly already and looks likely to continue to do so.

The question that is raised, though, by the diminution of high-cost credit, is what will replace it? The creation of credit unions, or other community-based finances systems, will take a number of years or even a generation. To what extent are the major banks willing to step into the gap, accelerate the development of local finance institutions, and ensure that in the meantime we move to a society in which the utility service of banking is widespread, easily available, and dedicated to the flourishing of society?

That is a very big challenge. It is not easy to see how it can be done without the continued active commitment of the major banks, because only they can provide the systems, the IT, the expertise, and the geographical reach that this change will need. Yet even though the major banks have a critical role to play, the churches have shown that we are committed to playing our part in helping to create a fairer financial system.

Will the banks ensure that there are free-to-use cash machines easily accessible in every area? Will they ensure that small business advice is possible to access at a reasonable cost to the small business (which frankly means very low-cost) and that they contribute to the training of those who are starting small businesses? Are they able to provide structures of loans and financial facilities that are suitable for small business in areas of deprivation? In brief, will they stand in the gap?

These are difficult things to do. They are not even particularly attractive, but all good moral choices have a cost. There is a myth that good morality is profitable. It may be, but that is purely coincidental. It is always worth it, even when it costs.

The best example of moral and ethical action in history, in the most extraordinary figure of world history, Jesus Christ, required the sacrifice of everything to gain a world. We are not asking the banks for that, but for a commitment to a society with a moral compass that points towards people first and foremost.

By Justin Welby
The Archbishop of Canterbury. (Excerpts)

This article has been read 1,651 times
COMMENTS