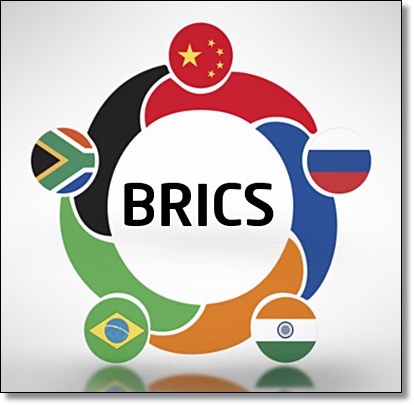 Russia's proposal to create an inter-parliamentary group in a joint effort to protect the economic and political interests, influence politics at the global arena and as an important strategic tool for promoting development among BRICS (Brazil, Russia, India, China and South Africa) member states has sparked discussions while others are watching bloc's new directions with interest.

Comprehensive plans have been outlined for the BRICS emerging market nations as Russia has started its presidency of the group from April till February 2016. Among the plans is creation of inter-parliamentary group and the priority to achieve strategic solutions to a full range of issues.

Valeria Gorbacheva, an Expert at the BRICS National Research Committee of the Rusian Federation, for instance, believes strongly that there is no doubt that inter-parliamentary cooperation among BRICS countries will be a significant part of the consolidation process. According to present knowledge, there is no parliamentary dimension in the pentalateral cooperation among BRICS countries, while bilateral inter-parliamentary relations are still underdeveloped.

In this regard, Indo-Russian inter-parliamentary initiative will become an important stimulus for this process. Russian side pay much attention to parliamentary dimension of BRICS and has already invited heads of two chambers of the Indian parliament to participate in the first BRICS parliamentary forum which is planned for June 8 in Moscow. Indian party promised to consider this invitation.

Russia is an active supporter of this process and Russian legislators hope that all BRICS countries will join the efforts on the development of inter-parliamentary cooperation. That is why within its presidency in BRICS, Russia will promote the creation of BRICS parliamentary assembly. This will definitely help BRICS to gain more and more strategic and long-term cooperation, according to objective views of Gorbacheva.

In the context of unilateral sanctions against Russia, this format of parliamentary cooperation can become a serious alternative to parliamentary platforms like those in PACE and OSCE. This is the reason why it is favorable to BRICS members to develop their coordination at the parliamentary level. Thus, BRICS parliamentary forum can become a new platform that will connect countries from three different continents, and countries which accumulate 42% of world's population and 27% of world GDP.

Without doubts, Russia wants to help promote inter-parliamentary cooperation in every way possible and also intends to encourage cooperation between trade unions, civil society organizations, and youth movements. As stated by Russian Deputy Foreign Minister Igor Morgulov, the long-term aim is to transform BRICS from a "dialogue forum and tool of coordinating positions on a limited range of issues into a full-fledged mechanism of cooperation in the key issues of global economy and politics."

If all sides agree to participate in the proposed inter-parliamentary summit, Russia will organize a meeting in Moscow on preparations for such an event. The first parliamentary summit of BRICS may take place in June in Russia, Chairman of the Russian Federation Council's International Affairs Committee, Konstantin Kosachev told journalists in March.

"There are plans to hold a BRICS (Brazil, Russia, India, China and South Africa) parliamentary summit in Moscow in June this year," Kosachev stressed. For now, only Chinese parliamentarians have given preliminary agreement to participate in the summit, he noted. "I have an order from the Federation Council chairperson to establish direct contacts with national delegations of India, Brazil and South Africa, in order to get an understanding about the colleagues' plans," Kosachev noted.

This could be one mechanism to strengthen the political cooperation of the BRICS grouping. But, as the inter-parliamentary group does not yet exist, judging its effectiveness is difficult says Hannah Edinger, a Director at Frontier Advisory (a research, strategy and investment advisory firm that assists clients to improve their competitiveness in emerging market economies) headquartered in South Africa.

The BRICS countries have a number of overlapping goals concerning global development, and cooperate across various platforms. More recently, they have sought to strengthen this by institutionalizing their cooperation through the New Development Bank.

"An inter-parliamentary group will add another dimension to the cooperation between the five states. The group will create a framework for discussions to take place regarding the resolution of conflicts and the reformation of existing international institutions, as part of the BRICS countries’ attempt to balance the current international economic system towards greater incorporation of the views of the emerging world. The first forum will be held in Russia in July this year at the seventh BRICS Summit," Edinger wrote to Buziness Africa.

She argues that there may be initial challenges. "The creation of the BRICS inter-parliamentary group, which appears to be driven by Russia at the moment, will allow the BRICS countries to counter other parliamentary groups such as the EU. It therefore seems as though Russia is hoping that the BRICS parliamentary group will lend it legitimacy in light of its involvement in the Ukraine, by addressing questions of sovereignty and independence of states that differs from what it refers to as Euro-Atlantic doctrine," says Edinger.

Professor Ramesh Thakur from the Crawford School of Public Policy at the Australian National University shares similar optimistic views about BRICS future development and its important role on the global arena. "BRICS is potentially of great significance as an alternative site of, and an actor in, global governance. It is both symptomatic of and will further consolidate an alternative grouping to the dominant Western-controlled institutions of global governance," he told Buziness Africa media in April.

"The early initiatives are in international economic governance. But there is considerable political and strategic potential also. To that end, any further institutionalization of dialogue and interaction, such as a BRICS inter-parliamentary union, could help to solidify the group's identity," Professor Thakur stressed in his discussions with this researcher and writer.

In an email comment to Buziness Africa, Francis Kornegay, a Senior Research Fellow at the Institute of Global Dialogue, said that he was quite skeptical about a BRICS inter-parliamentary group. "I doubt that it will be taken seriously and could likely generate derisive feedback from any number of quarters given the democratic deficits of China and Russia. Neither country is a parliamentary democracy. Certainly not Beijing's. Russia's is a Potemkin parliament with little credibility under the clear personal rule of Putin," he wrote further in his email.

"It is quite possible that the idea of such a group is simply one more attempt by China & Russia to make IBSA redundant as India, Brazil and South Africa are authentic parliamentary democracies and have an IBSA parliamentary forum. Also, the core business of BRICS is global economic governance reform, anything else suggesting a manifestly political programme is really a distraction. Global economic governance reform is the political as well as the economic agenda of BRICS. Not sure BRICS needs a parliamentary group for this," Kornegay explained assertively.

The Institute for Global Dialogue (IGD) is an independent South African-based foreign policy think tank dedicated to the analysis of, and dialogue on the evolving international political and economic environment and the role of Africa and South Africa. It advances a balanced, relevant and policy-oriented analysis, debate and documentation of South Africa's role in international relations and diplomacy.

Brazil's sous-sherpa at BRICS, Director of Regional Mechanisms of the Foreign Ministry of Brazil, Flavio Damico, told TASS news agency at the end of March that the place and role of BRICS in the modern system of international relations "has been a significant factor in world affairs right from the moment of its establishment as countries in the group have big influence in decision-making on the international arena."

"After they began coordinating their actions, their influence has grown even more," the diplomat said. "Wide coordination between the BRICS countries became the new factor in the international life," he added. The countries in the organization are "very large and complex," and it is only logical that "there are spheres where coordination and cooperation are moving forward very fast and some spheres where more effort is needed to see tangible progress," Damico said.

According to the Ministry of Foreign Affairs of the Russian Federation official website, Russia has assumed the role as president in the BRICS bloc from April 1, 2015, to February 16, 2016. As the BRICS president, Russia in tandem with its partners, intends to take new and major steps towards transforming BRICS into a mechanism for coordinating strategic and routine actions on a broad spectrum of economic and international political issues.

The BRICS countries collectively represent about 26% of the world's geographic area and are home to 42% of the world's population. In 2013, the share of the BRICS countries reached 16.1% in global trade, 10.8% in military spending and 40/2% in production of non-renewable energy resources. The BRICS consumer market is the largest in the world and is growing by $500 billion a year. The next BRICS summit will take place in Ufa, the capital of Russia's Volga republic Bashkiria, on July 8-10, 2015

The author is an independent researcher and writer on African affairs in the EurAsian region and former Soviet republics.

This article has been read 1,815 times
COMMENTS