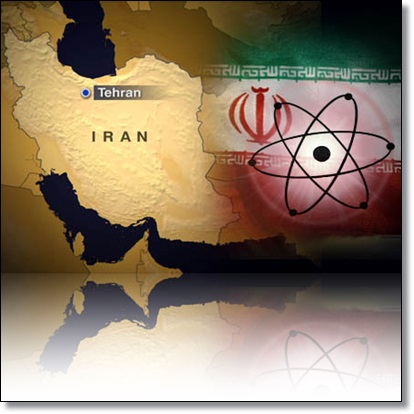 Last month, a framework deal was announced that saw Iran agreeing to significantly restrict its nuclear facilities and submit to international inspections. The landmark deal came after months of contentious negotiations with the United States and its five negotiating partners. The deal, while allowing Iran to retain a massively reduced level of uranium enrichment for the next 15 years and reduce its operating centrifuge by more than two-thirds, would allow inspectors from the International Atomic Energy Agency (IAEA) extensive access to all the country’s nuclear sites, including uranium mines and supply chains, centrifuge storage facilities, procurement transactions related to the nuclear programme and any sites deemed suspicious.

The tradeoff for this great concession from Iran is that the international sanctions, which have battered Iran’s economy, would be lifted. So, depending on the outcome of June 30, when the details of the deal would be nailed down, Iran is expected to be re-admitted into the global economy.

Since the toughest U.S. sanctions were imposed in mid-2012, Iran’s currency and oil exports have both plummeted by some 60 percent. (The country loses about $1.6 billion a month in oil revenue alone.) In addition, Iran will be aiming to gain access to about $100 billion of its reserve frozen in foreign banks.

While there is no gainsaying the enormous impact the lifting of sanctions would have on an ailing Iranian economy, it’s the activities of a resurgent, inveterately meddlesome Iran around the globe that should be a source of worry.

Iran is a theocracy established against a backdrop of anti-Western sentiments in 1979. Its last monarch, Mohamed Reza Shah Pahlavi, was a western-style dictator whose White Revolution – a series of economic, social and political reforms that gave more freedom to women and increased secular education at the expense of religious education – was seen as an attack on the moral authority and power of the Islamic leaders in the country. Coupled with other domestic grievances, an uprising was launched against the Pahlavi dynasty.

The revolution, generally regarded as the Islamic Revolution of Iran, was hijacked by Sayyid Ruhollah al-Musavi al-Khomeini, a relatively unknown, firebrand ayatollah (Shia religious leader), who was able to parlay Shia Islam into a mass ideology that primarily appealed to the groundswell of animosity against Western influences in his country. Ayatollah Khomeini, as the religious leader was known around the world, had delivered a series of 19 lectures which were compiled into a book known as velayat-e-faqih in 1970. Khomeini used velayat-e-faqih to espouse his theory that government should be run in accordance with traditional Islamic Sharia, and for this to happen a leading Islamic jurist (faqih) must provide political "guardianship" (velayat) over the people. With the Shah ousted from power, a modified version of velayat-e-faqih went into the making of the constitution of the emergent Islamic Republic of Iran.

Though Ayatollah Khomeini was successful in instituting a theocratic state, the mullah-led Islamic Republic battled for domestic legitimacy, and the country became isolated from the rest of the world when 64 American diplomats and citizens were taken hostage in Tehran in November 1979. The subversive mix of questions over the legitimacy of the velayat-e-faqih regime and isolation from the global community ostensibly fuelled Khomeini’s resolve to see the ideals of the revolution exported around the globe. “We shall export our revolution to the whole world. Until the cry “There is no God but God” resounds over the whole world, there will be struggle,” Khomeini famously said.

Isolated from the global community, unpopular in its country, the velayat-e-faqih regime sought alliances outside the Iranian borders. It is noteworthy that the echoes of the Iranian revolution had reverberated in neighbouring Iraq, whose Shia-majority population felt excited by the prospect of staging a similar revolution against the Sunni-led government of Saddam Hussein’s. Khomeini had been on exile in Iraq before the revolution, and it was the religious leader’s influence on the local Shias that led to his eviction from the country. The eight-year Iran-Iraq war that followed was majorly as a result of the meddling of Tehran in Iraq’s domestic affairs rather than a long-standing border dispute that was given as the reason for Iraq’s invasion of Iran in 1980.

Ayatollah Khomeini died in 1989, but his vision is being vigorously pursued by his successor, Ayatollah Khamenei. Khamenei’s regime uses the Islamic Revolutionary Guard Corps-Qods Force (IRGC-QF) and its regional proxy groups to implement foreign policy goals and provide cover for intelligence operations. The IRGC-QF is the regime’s primary mechanism for cultivating and supporting terrorists abroad. Designated as a State Sponsor of Terrorism in 1984, Iran has consistently been linked with terrorist-related activities. Iran allowed Al-Qaeda facilitators Muhsin al-Fadhli and Adel Radi Saqr al-Wahabi al-Harbi to operate a core facilitation pipeline through Iran, enabling the terrorist organisation to move funds and fighters to South Asia and also to Syria.

Iran’s quest for dominance in the Middle East has seen it continuously engage Saudi Arabia in proxy battles in which the two nations have supported opposing political parties, funded opposing armies, and directly waged war against one another's proxies in Lebanon, Bahrain, Iraq, Syria, and Yemen. While they did not create the crises in these countries, they have escalated them considerably.

A sanction-free, financially resurgent Iran would have dire implications beyond even the Middle East. Saudi Arabia has been evangelising the Muslim world, using the billions of riyals at its disposal through the religious tax – zakat – to construct hundreds of mosques and colleges and thousands of religious schools around the globe, staffed with Wahhabi Imams and teachers. At a point, Saudi Arabia, which constitutes roughly one percent of the world Muslim population, supported 90 percent of the expenses of the faith, overriding other traditions of Islam. (Little wonder that Wahhabism, an ultra-conservative form of Islam predominantly practiced in Saudi Arabia, was identified as the major source of global Islamic terrorism by the European parliament in 2013.)

Given Iran’s vision to spread its revolutionary ideals around the globe, its deepening ideological warfare with Saudi Arabia, there’s the likelihood that Iran will deploy more resources to challenge the dominance of Saudi Arabia’s Wahhabist influence outside the Middle East. A rich-again Iran will have billions in petrodollars to conveniently pursue its velayat-e-faqih agenda, constructing its own brand of Shia mosques, colleges and religious schools around the globe. In spite of the numerous sanctions, the country’s influence is still massively felt across Africa.

Two recent reports show the extent of the influence in the continent. In January this year, a weapons research institute in Britain said in a report that it has evidence indicating that Iran has sent weapons to Muslim militias operating in the Central African Republic. Also, the results of a six-year investigation published in the New York Times in 2013 showed the origin of every firearm cartridge used in Africa can be traced back to Iran. These cartridges were distributed to a long list of combatants, including in regions under United Nations arms embargo.

But nowhere in Africa – or any place outside the Middle East, for that matter – has the Iranian influence had as great an impact as in Nigeria.  Iran’s major advocate in Nigeria is a Zaria-based Islamic cleric known as Sheik Ibrahim al-Zakzaky. Al-Zakzaky’s movement, the Islamic Movement in Nigeria (IMN), is a radical movement that agitates for an Iran-style revolution in the country. According to a former Iranian diplomat Adel Assadinia, the IMN was set up with the financial support of the Iranian government and is modeled on the Lebanese Hezbollah. Assadinia said that Iran provides IMN with training “in guerrilla warfare: bomb-making, use of arms such as handguns, rifles and RPGs, and the manufacturing of bombs and hand grenades.

With a population conservatively given at three million, the IMN is the largest Shia movement in Africa. For more than 3 decades of its existence, its members have continually averred that the only government they recognise is the one chosen by God. The Movement’s confrontational style, inevitably, brings it in direct clashes with the law, with members constantly the subjects of human rights abuses and, in some cases, extrajudicial killings. But the killings of July last year could be a major tipping point. A UK-based group, the Islamic Human Rights Commission, conducted a research and released a detailed report on the killings – which it titled: The Zaria Massacres and the Role of the Military – that claimed Nigerian soldiers opened fire on IMN members who peacefully gathered for the annual Quds’ day procession. The next day, according to the report, three truckloads of soldiers approached Husainiyyah Baqiyyatullah, headquarters of the IMN, and opened fire on people standing outside; thirty-three people died in the two attacks, including three of Zakzaky’s sons.

More recent stories of more abuses and, in one case, death, show that hostilities between security operatives and the IMN are far from thawing. But the Nigerian government must know that employing strong-arm tactics will further radicalise the group. Boko Haram should serve as a deterrent; the IMN is more sophisticated, its members more educated. An IMN that openly takes up arms against the Nigerian government will have dire implications for a country still grappling to come to terms with the reality of a Boko Haram insurgency. Thrown into the mix is the Iran factor. The Islamic Republic has a “fraternal commitment to all Muslims, and unsparing support to the mustad'afiin (the downtrodden) of the world,” as enshrined in article three of its constitution.

Iran will be monitoring the treatment of its proxy in Nigeria closely; Nigeria should be monitoring its Persian counterpart more closely.

The author obumchris@yahoo.com  is a Nigerian-based writer whose articles have featured on Sahara Reporters, Daily Independent, Punch and a number of other Nigerian newspapers. He's presently working on his second novel titled: Boko Haram:The lurch towards medievalism.

This article has been read 1,715 times
COMMENTS