Hustler and Dynasty Narrative: Wananchi are Not Local Yokels 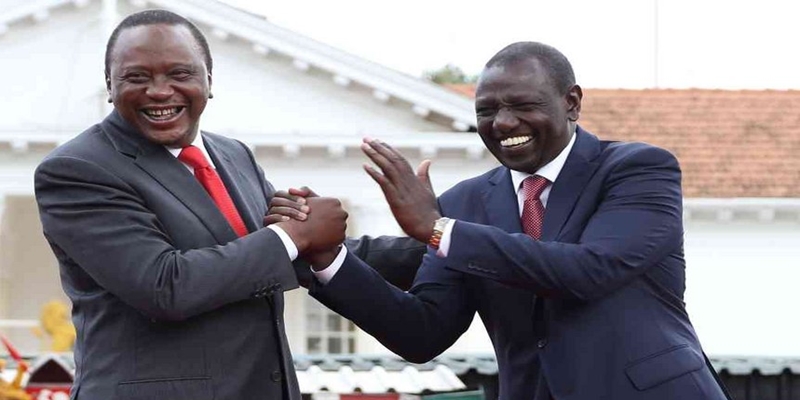 Hearing how some politicians opposed to each other are trashing each other left, right and center, you ask yourself, do these fellas think that ordinary citizens are blind and daft?

I am appalled by the fact that some politicians are brazenly hiring their yoked hoodlums to attack each other’s entourages and meetings. Why attack each other if you think you have what it takes to win support and votes?  Can they even vote for you while your actions and words betray the fact that you don’t respect their intelligence? Should they blindly trust quacks who have openly proved that they are after as opposed to improving the living standards of the wananchi? This reminds me of an African proverb, which warns that beware of a naked person who offers you clothes. Beware of the homeless who wants to house you.

It is important to know why such kura and kula seekers yoke wananchi under various lies and pretexts such as class, regionalism and ethnicity.  These, apart from failing to deliver anybody’s socio-political and economic lot only lead to chaos. Many so-called hustlers/rip-off artists or followers of dynasties will suffer while those preaching water and drinking wine will hop into their choppers and flee the county when it is burning. They promise heaven but push citizens to hell. Some call themselves hustlers while they are stinking opulent.

Why should one promise to give someone a pushcart in the 21st century world is talking of automation of almost everything? Were computers that school going children were promised delivered? Those seeking power must wrap their heads around ideals but not divisive and toxic politics. They must remember the adversities caused by the 2007 post-election violence. Wananchi want nothing but an environment that will enhance them to bring food to the table, take kids to school, get medical services, live life and have a future. The rest is but hogwash so to speak. Fool me once, shame on you. Fool me twice, shame on me. Yes, ordinary citizens are not just local yokels that can be bitten twice in the same hole.

Wananchi need to honestly and seriously probe the narratives that are being peddled. Thye also need to probe the carriers of these narratives. Are they what they truly say they are or what those they say are, are really?  Let us look at their history. The so-called dynasties have their pedigree from penury. Let’s start with Kenyatta. Where did Jomo Kenyatta come from? He was a meter reader who biked the city reading meters. Was he a dynasty? Where did such a pauper get dynasty blood amidst penury? Was Odinga a dynasty man? How if at all he was unable to pay for his school fees? Where does his son get the dynasty blood? The narrative is the same for Daniel arap Moi and Moses Mudavadi. The dynasties I can talk of in Africa did not exist since independence.

If they dynasties evolved after the founder paupers, well, those making noise about dynasties are part and parcel of the dynasties they are castigating and condemning. Can a person who is said to have five choppers without recanting be a pauper or hustler? Ironically, this person, instead of talking about how enjoying a chopper ride, is always talking about a wheelbarrow! How?

If telling wananchi to avoid dynasties is a big deal, why are those saying so living posh lives as they have always done? If you look at the proponents of rip-off artistry, they just live in Karen and Muthaiga like those that they accuse. Colonial governors built and lived in many modern statehouses of Africa. Aren’t presidents and top government officers living in the colonial structures inherited from colonial masters? Who is fooling whom here? The axe forgets, the tree remembers. Those calling others dynasties are getting closer and closer to it as they drift away from the hustlers.

We need to decolonise and deconstruct everything as far as the narratives and nuances of dynasties and hustler are concerned. Do I sound like Jar Jar Binks of the Star Wars speaking Ebonics? For those marionettes who are hand in gloves with their beloved fakers, this sounds ludicrously giddy and goofy. Again, when the roots are deep, there is no reason to fear the wind. There is no need of causing chaos for getting ne plus ultra. The narrative of dynasties and hustler needs to be microscopically examined.

This article has been read 1,376 times
COMMENTS