Politics: Service to The People 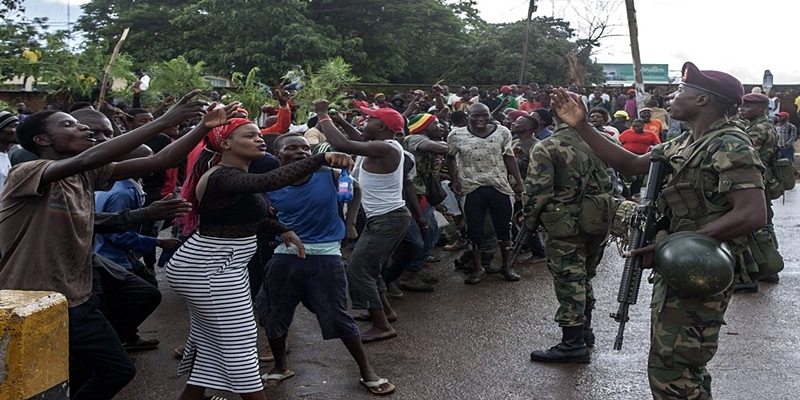 POLITICS is the official way of serving the people, your fellow citizens. There are other informal or unofficial ways of service, such as through religion or business. Religion, too, is service, first to God and then to people. Businesses play a big indirect and sometimes direct role in serving people – through taxation and infrastructure building. You can also serve your nation in your personal capacity, such as by being a good and law-abiding citizen, paying your income tax, protecting public property, adhering to sanitation, and etc.

POLITICS is good, in fact, it is neither moral nor immoral. What and who makes politics dirty is the people who occupy political offices. The evilest and worse the people you choose, elect, or appoint, the dirtier the politics will get. It is, therefore, vital to choose, elect or appoint people of good character (and even if they have flaws, they are able to acknowledge their faults and remedy them), integrity and a track record of good personal management.

POLITICS is the formal and official way of making the laws that govern the nation. Politicians are the ones who direct the future of the nation through the laws they pass. Politics is also the way in which a nation’s scarce resources are organized, managed, and distributed.

POLITICS is also the formal way of keeping order (through military and police) and exercising justice (through courts and the judiciary).

POLITICS is a government. And a government, especially in democratic societies, is made up of three or four branches: Executive (president or prime minister or Monarchy); Legislature (MPs, parliament or legislative assembly or national assembly); and Judiciary (Chief Justice, justices and magistrates, and etc.) Sometimes, the non-civilian servants called the military are a government, and as such the head of state is also usually Commander-in-Chief.

POLITICS and religion supplement each other. Like a government which is made up of three or four branches, a nation is organized into separate parts; politics and religion (and understand that everyone in the country has a religion; even lack of religion is a religion in itself). They are both service-wings of the nation. The one caters, mostly, to the material needs of the people; the other, mostly, to their spiritual, moral, or charitable.

POLITICS is not the fairest way of getting rich. Because politicians occupy a position of trust. They have been entrusted with the resources of the state. The state owns the resources and means of production. Politicians should be accountable to the people and report to them. If they manage the nation’s interests well, they should be rewarded. If not, they should be removed so that other capable people take over. If richness is the primary motive for entering or joining politics, one is misguided from the beginning. Such people who see politics as a means of enrichment have forgotten the purpose of politics and have ruined their people’s chances to truly be prosperous and develop.

POLITICS to be good, it needs good people as leaders, not religious people, not Christian people, not Muslim people; it needs good people. These people can belong to any tribe, race, business, or professional background, religion or creed or orientation – what qualifies them to govern is that they are good people. By good, we mean, that they are visionary, have empathy (sympathy), good judgment, integrity, and the correct understanding of the reason why politics exist in the first place. Good people need not be poor or rich, all they need is self-control. If bad people rule, they will be corrupt and receive bribes for services (these services belong to the people who qualify for them; but bad governors, ironically, sell to the “owners” their own resources!) Bad people (politicians) will also deny services to people who deserve them.

You can serve people in many ways, but if you want to serve people officially, you should seek political office. It is also a gift from God.

Charles Mwewa, (B.A Law; B.A. English/Education; DipBM) is a Professor of Legal Studies at CDI College in Downtown Toronto, Canada and is a prolific author whose published works include The Seven Laws of Influence, published by PublishAmerica LLP, Struggles of My People, published by Maiden Publishing House, Song of an Alien (Poetry), published by iUniverse, and various other self-published books.

This article has been read 1,354 times
COMMENTS