John Pombe Magufuli: The Passing of an Iconoclast 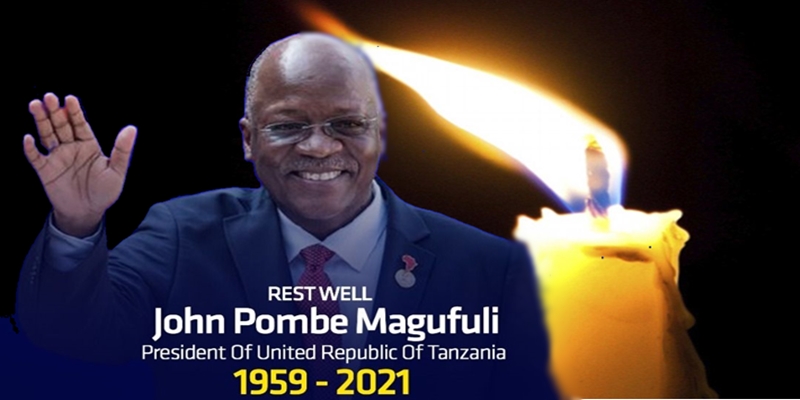 The African Executive wishes the great people of Tanzania and the East African Community solace at the loss of President John Pombe Magufuli. The late President Magufuli will be remembered as an iconoclast who dared to swim against international, regional, and national political and economic currents. He started off as a strong anti-corruption crusader, mineral extraction justice and populist leader keen to address the needs of Tanzanian citizens. President Magufuli created his own panache that always put Tanzania’s interests first. Before his death, he had attracted criticism for his handling of media and opposition leaders.

In a televised address to the nation late on Wednesday, Vice President Samia Suluhu Hassan said that the 61-year-old president had died of a preexisting “heart condition” at a hospital in Dar-Es-Salaam.

The people of Tanzania deserve acclamation for upholding sobriety amidst the over one week-long mystery surrounding the whereabouts of their president. It is hoped they will give Vice President Samia Suluhu Hassan cooperation as she steers the nation according to the country’s constitution. The culture of denying African citizenry knowledge about the state of their leaders’ health must be discouraged. Public leaders derive their legitimacy from the people and are obligated to keep the information flow open.  A public leader becomes, as it were, public property.

Tanzania has weathered many storms. With unity of purpose, Tanzania will heal and continue playing a useful role in the comity of nations.

This article has been read 953 times
COMMENTS