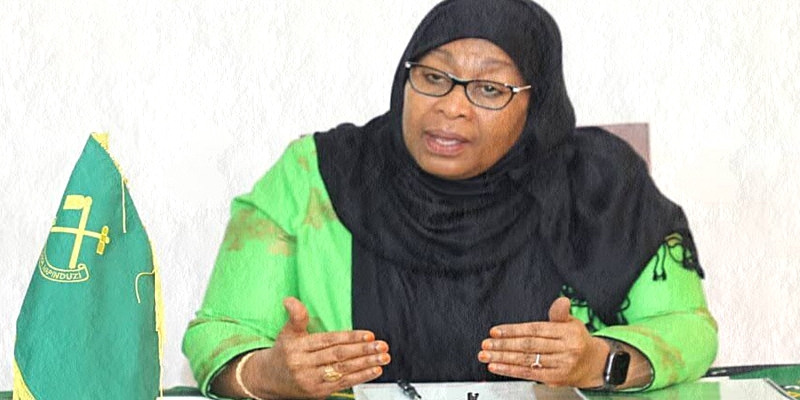 Muddy waters make catching fish easy; says a Chinese proverb. Every cloud has a silver lining, one can add. However, it is not in every muddy water that catching fish is as easy as ABC. Nonetheless, for President Ma’am Samia Suluhu Hassan (SSH), this may be the case.

Samia Suluhu Hassan became president when Tanzania is in the cusp of huge transformation credited to her predecessor, the late Dr John Pombe Magufuli (1959-2021) who took power when Tanzania was in the bog of sleaze, drug peddling, pilfering; and a poorly performing economy. Now, this is history.  After Magufuli took over, everything changed dramatically and quickly.

Magufuli is no more. Will President Samia Suluhu Hassan deliver on his promises?

“Let me take this opportunity to assure you that nothing will be lost. Our country is in safe hands,” assures President Samia Suluhu Hassan (Citizen, March 23, 2021).

On this, former President Jakaya Kikwete concurs by saying, “I have no doubt that Tanzania is in
safe hands” (Citizen, March 20, 2021).

Overall, she is very strong as her first speech as President proves when she said, “For those who have doubts that this woman, can handle being a president, I want to tell them that the one who is standing here in front of you is the president of Tanzania” (VOA, March 25, 2021). She forebodingly assured those who were still in doubt about her capability to be their President.

Tanzania is facing its first test. Since its independence, it had never buried a President who died in office. At personal level, this is yet another test for SSH who’s a part of this huge transformation as Magufuli’s VP.

Ma’am SSH won many accolades after being appointed VP. Her practicability, predictability, sagacity and serenity earned her the moniker of Mama Jasiri by some Tanzanians. Being able to match Magufuli’s high rigour and speed also adds up to her quality as the president who might fit in the big shoes that Magufuli left.

Magufuli’s superbly top notch and gallant service to his country can’t be gainsaid or pushed under the rag. For Ma’am SSH, fulfilling all projects that Magufuli started and promises he made will not only define her but will also endear her as the person who fits in Magufuli’s huge boots. Whoever tries disparaging and underrating Ma’am SSH because she is a woman, must think again. Such an individual will be shocked. The way Ma’am SSH presided over the mourning and transition period gives a hint about who the Irony Lady in Dodoma is. Those who wrongly think that Ma’am SSH is in office to warm up the seat must think twice. What they might attain from such a stance is nothing but arriving early in the next political world and a shock.

Majority of Tanzanians have fully accepted and supported her since she ascended to power. Apart from being a workaholic like her predecessor, she’s a unifier who grew up in the CCM. Importantly, she knows the system as her palm.

When it comes to winning the hearts and minds of Tanzanians–––to unseat her come next elections after lapsing her phase–––the opposition will need to do their research well and come up with something credible and concrete to challenge her. Again, is there anything convincing that one can pick against Ma’am SSH’s poise in office? Should Ma’am SSH fulfill and  deliver Magufuli’s dreams, unseating her will be as good as an elephant attempting to pass through needle’s eye. The political capital that Magufuli left is huge and developable shall she stay on course. With Ma’am SSH at the helm, it’s hard for the opposition to unseat CCM.

I heard some people cajoling her predecessor for constructing bridges, flyovers, roads, and purchasing planes. Aren’t they using the same infrastructure to crisscross the country easily to tell their fibs and fabrications? It came to light recently that they are operated on loss thanks to Covid-19 among other reasons. Shall Ma’am SSH turn this situation around, nobody’ll be able to unseat her.

Some were jeering the Hapa Kazi mantra saying that, when we gained our independence, the Father of the Nation, Mwl JK Nyerere had the chant of Uhuru na Maendeleo, namely freedom and Development but not Hapa Kazi they’re now misconstruing as the tool of enslaving Tanzanians! Startlingly, such people are calling themselves Christians whose book of authority says that “if a man will not work, he shall not eat (2 Thessalonians 3:10). Gender preferences aside, should we rob Peter to pay Paul? Time will surely tell.

This article has been read 1,371 times
COMMENTS