Kaunda and Ribeiro Were Typical Heroes 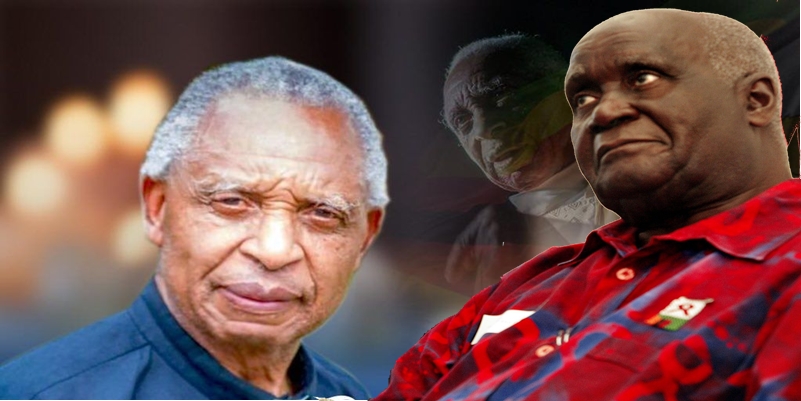 The passing on of former Zambian President Kenneth David Kaunda and Roman Catholic cleric Father Emmanuel Francis Ribeiro, served as a reminder of the sacrifices made during the liberation war and dedication to that cause, thereafter.

For we know true heroes are those who, after the struggle, continue on the straight and narrow path.
We are all aware of the sacrifices Dr Kaunda made in assisting us during the liberation war.

He offered his bases for our liberation fighters to launch lethal attacks on the colonial regime, much to the chagrin of Ian Smith.

His country was invaded and bombed, but this never discouraged him until final victory.
How many among us easily bend to the whims of white imperialism at the slightest discomfort?
Look at Dr Kaunda: He could have been embraced in the bosom of the West if he had chosen to deny freedom fighters bases.
Instead, he opted for bombs instead of transient eulogies from the British colonisers.

Father Ribeiro was also prepared to put his life on the line in his sacrifice for the liberation struggle.

For a man working in the then Rhodesian establishment as a prison chaplain, it was truly risky to assist the late President Robert Mugabe and liberation hero Edgar Tekere escape to Mozambique.

For these two were under surveillance by the Rhodesian regime and could never be allowed to go to what they considered a ‘terrorist haven’ like Mozambique.

Father Ribeiro’s bravery in giving nationalists Mugabe and Enos Nkala shelter after their release from prison also showed his dedication to the struggle despite the risk of detection, detention or even death.

All these acts were sacrifices for the struggle, for once caught, the consequences would have been very unpleasant.

The Roman Catholic cleric identified with the liberation struggle in many other ways.

As a prison chaplain, he didn’t see the convicted freedom fighters as criminals but rather as people with genuine political concerns.

As he administered last rites to captured geurillas, on their way to the gallows, he still managed to influence the reprieve for President Emmerson Mnangagwa after he had been sentenced to hang.

He had been labelled a ‘terrorist’ and was supposed to die after being part of the Crocodile Gang that had bombed a railway station in Fort Victoria (Masvingo).

However, Father Ribeiro thought differently and was convinced the youthful Mnangagwa did not deserve to die.
Thus, through his interventions, President Mnangagwa was saved from the hangman’s noose.

And as fate would have it, the ‘boy terrorist’, whose life was saved by Father Ribeiro, is still alive and is our President in an independent Zimbabwe today.

The liberation struggle was waged not merely to outgun the white settler-rulers.

Rather, it was fought to usher in a system that would respect the indigenes as a people with dignity and a proud culture.

This belief, which was in sync with the ideals of a liberated Zimbabwe, were Father Ribeiro’s hallmark.

Thus, as early as the 1960s, the Roman Catholic cleric discouraged  indigenes from falling for the Beatles mania.
Instead, he urged Africans to compose their own music in their own language, using traditional musical instruments.

He led the way by introducing mbira and hosho, normally associated with ancestral worship and, therefore, evil and demonic, in the Catholic Church.

Dr Kaunda was no different.

Long after he was out of office, he never flinched as he continued to promote the African cause.

His desire to see young Africans come together for the good of the continent saw him massively support former CEO of ZBC, Munyaradzi Hwengwere’s organisation to fight HIV and AIDS.

We lost two great heroes, but their legacies live on!

This article has been read 543 times
COMMENTS