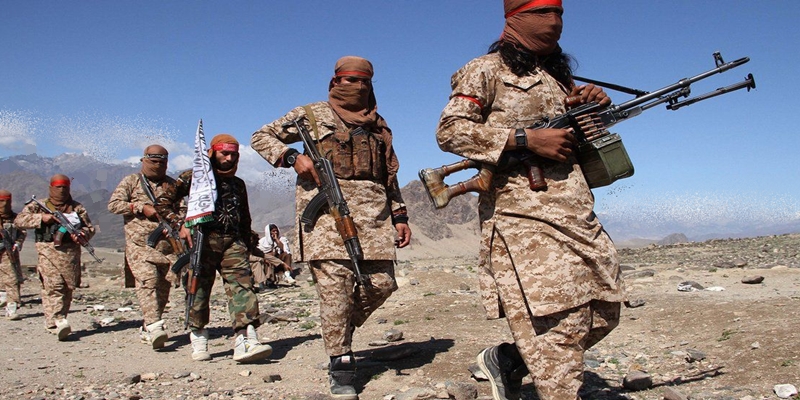 This short piece attempts to shed light on the similarities and differences between the two groups: Taliban (TB) and A-Shabaab (AS) in the lenses of TB’s current military gains in Afghanistan. We'll examine AS’s future possibilities to triumph in their struggle against the Somali government and AMISOM. Though it is important to highlight issues concerning AMISOM and Western troops in Somalia and Afghanistan, it is beyond this short article to do so.

The two Islamist groups have several similarities.  Both have the same ideology of establishing a strict Muslim state based on their version of Islam; both are willing to fight and die for their ideology while Afghanistan and Somalia government soldiers have fewer tendencies to die for their leaders of whom they perceive as corrupt and self-serving leaders. In fact, the strength of AS and TB stems from a lack of viable alternative governments. While AS and TB are less trained and less equipped militarily, they are, on the other hand, self-reliant in contrast to the two governments and their soldiers who have developed a culture of dependence on foreign powers.

Unlike their governments, AS and TB have enjoyed some sort of local legitimacy drawn from several aspects including 1) their engagement with local leaders, traditional elders and grassroots not only in the cities but in the rural areas, 2) the implementation of justice colored with Islam law though delivered brutally, 3) and the accusation of their governments as puppets for non-Muslim foreign countries. Both groups do not have technocrat and sophisticated skills to govern a modern nation, though they have relatively transformed and started to engage informally with civic society groups and business people. The other similarity is their negative approach toward women’s participation in public lives such as politics, education and so on. This means that female gains made for the last two decades will be lost. In fact, soon after the Taliban entered Kabul, women have started to disappear from the public view. The first casualty of AS and TB governments will be human capital e.g. freedom of expression, critical thinking, respect of different views, modern education, cultural growth, creativity and so on. Moreover, neither TB nor AS is homogeneous as we think. There are rival groups within them but they are united against the common enemies, foreign troops and governments.  Finally, both groups have endured and showed a sense of resilience in a conflict environment but there is a question of wether or not they could survive in a time of peace.

There are several differences between Al-Shabaab and the Taliban. First, the Taliban’s agenda is local and focused on Afghanistan territories, which gave the movement some sort of indirect recognition from neighbouring countries and the international community. In that sense, the Taliban seem to be local insurgents that are fighting for regime change. In contrast, Al-Shabab has a global agenda influenced by Al-Qaida. And they rhetorically claim to establish an Islamic state in African and beyond. In the past, they targeted Kenya, Ethiopia, Uganda and so on. The other difference –that is in the Taliban’s favor– is that TB has, for several years, been building diplomatic relations in which the latest is Doha’s current talks.

TB has also engaged diplomatically with Afghanistan and neighbouring countries, regional and global powers such as USA, Russian, and China. This has improved TB’s international engagement skills and international communities’ relative acceptance of their cause. In contrast, AS has developed neither international nor regional diplomatic engagement skills. Locally, the Taliban has engaged with different social groups including politicians, and high ranks in the security forces in order to absorb. Al-Shabab is lagging behind in this matter. In the past, the Taliban has governed Afghanistan for 5 years but Al-Shabaab hasn’t. AS was only a part of the military wing of the Islamic Union that ruled South Somalia for only 6 months. Taliban has militarily been present across the countryside but Al-Shabaab has been present in the Central and South of Somalia with a less presence in Puntland and not at all in Somaliland. The strength of AS is their financial skills. AS has successfully managed to collect different forms of taxes and therefore achieved some kind of financial sustainability. In contrast, the Taliban’s financial income comes mainly from drugs.

Based on the above analysis, I do not anticipate that AS will be able to achieve what the Taliban has achieved.   Despite the fact that AS has proved resilient and committed to their mission to establish their imagined Islamic state; has built local legitimacy and self-reliant mechanism, they are, however, in short of significant abilities and strategies that could enable them to achieve what their counterpart Taliban has achieved. Al-Shabaab lacks a local agenda too. They promote rhetoric and delusional global agenda that will not serve for their end goal. Unlike Taliban, Al-Shabab’s has failed to engage with neighboring countries let alone with the international communities. Instead, their rhetoric approach to conquering Africa and beyond has shown their naivety and immaturity. After 16 years of war, AS has remained captive for its crude philosophy.

In conclusion, most current indicators explain that Al-Shabab is not ready to achieve what the Taliban has achieved. That said, if AMISOM decides to withdraw from Somalia, new possibilities may emerge.

Research Associate at School of Oriental and African Studies, University of London. He is also the Managing Director of ILAYSNABAD: Dialogue & Development Initiative (IDDI)  Email: omar3032@hotmail.com

This article has been read 586 times
COMMENTS