The State and Future of Africa 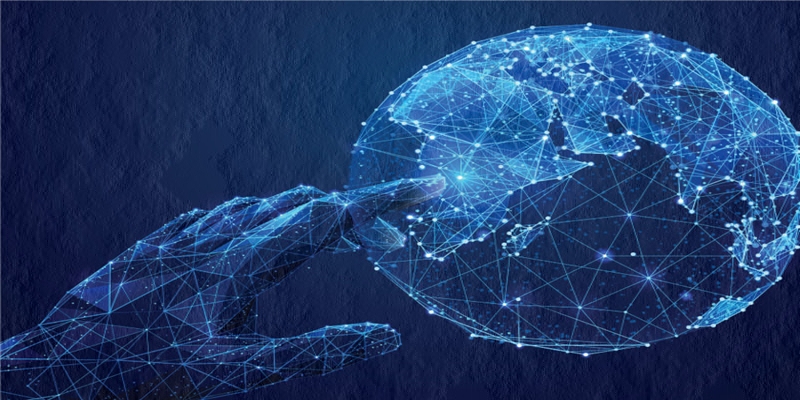 Similarly, we learnt that disruptions including in supply chains in one part of the world inevitably affect other parts of the world. And though that might sound obvious I think it has driven home very powerfully especially in the last few months.

It is a matter of regret therefore that in spite of increased collaboration in terms of sharing knowledge and scientific information around the virus, the world has been unable to arrange a coordinated global response to ensure the availability of vaccines for all.

Similarly, although past experience would have counselled the need for coordinated action in response to the global economic shock caused by the pandemic, responses were mostly at the individual country level with the effect that efforts to stimulate economic activity through fiscal and monetary policy actions and health sector interventions were uneven across the world and in the case of African countries, barely adequate.

Nevertheless, like most parts of the world, Africa is beginning to recover.  The continent grew by 3.7% last year and is set to grow by 3.8% in 2022.

Indeed, as the last frontier in development, Africa has the potential to become the factory of the world especially given its bold steps to integrate through the African Union Agenda 2063 and the African Continental Free Trade Area agreement.

There are several other reasons I think, to be positive about the African growth story given that its large youth population holds the prospect of a demographic dividend. Also, by giving greater space and providing more opportunity to the private sector, the continent is also making giant strides in agriculture, manufacturing and digital technology.

In Nigeria for instance, 6 unicorns have emerged in the past six years. And this is despite all of the challenges in these past years.

Such a positive outlook anyway must however be tempered by the realization that Africa continues to need the collaboration and partnership of the international community because unless care is taken there are a number of developments that can derail that progress. And I will just mention a few of those issues.

The first is peace and security. African countries face a serious threat of terrorism arising from the encroachment of global terror groups and their franchises into Africa. And as the pandemic has shown, we live in an inter-related world so the international community must not sit by and allow Africa to be overrun by terrorists be it in the Sahel, the Horn of Africa or indeed Southern Africa.

It is imperative for the international community to make more robust interventions to clear terrorists from Africa just as it did in the Middle East and other parts of the world.

The United Nations Security Council must find unanimity in working with and assisting African countries to eradicate the menace of terrorism in the continent once and for all. A bit like the coronavirus, terrorism anywhere is a threat to peace everywhere and we must not allow geopolitical tensions amongst the great powers to prevent Africa from getting the help it needs to combat terrorism.

The second is climate change and how we respond to it.  It is now common knowledge that Africa contributes least to climate change but has been most negatively affected by it.  We must not allow this worrying situation to be compounded further by global inaction and processes and rules that make it difficult for Africa to adapt to climate change or indeed to develop.

This is why the international community must meet its pledge recently re-affirmed at COP 26 of providing $100 billion annually in climate finance to support climate change efforts in developing countries.

Although we in Africa are working towards the globally accepted net-zero future, we are also conscious that our energy needs are increasing with the growth in our economies. We need to ramp up energy access in response to this situation which is why the transition from fossil fuels to renewable energies must be just and fair.

We are emphatic in our view that natural gas which Africa has in abundance must be accepted as a transition fuel. Moves in the international community especially by development finance institutions to defund gas projects will have severe implications in the medium to long-term for African economies and will slow down the process of phasing out more polluting fuels such as coal, diesel, and Heavy Fuel Oil (HFO).

In addition, of course to some of the more polluting fuels that are currently used.

Economic recovery in Africa is contingent on the containment of the pandemic including through widespread vaccinations. Right now, less than 10% of African countries have vaccinated 40% of their population. The reality is that due to resource constraints, there will be a relatively slow roll-out of vaccinations in Africa and full national rollouts may take several years.

Yet, vaccinations remain essential because the mutation of the virus and the emergence of variants means that we cannot rule out another wave that might even be more deadly than the relatively mild Omicron.

The international community must accordingly support Africa with the resources including vaccine doses that will assist in making vaccinations available to all. Of course, there are also the issues around African countries being able to produce their own vaccines. And that is entirely possible with cooperation especially, around intellectual property issues and patent issues as well.

The fourth challenge is that African countries will have fiscal challenges arising from their limited revenues and the spending that they made in stimulus packages to improve health facilities, provide support to businesses and assist vulnerable populations. Given that there is limited scope for raising additional revenues until growth resumes, it remains important to provide liquidity for African economies.

The creation of $650 billion in new Special Drawing Rights last year was a step in the right direction but more needs to be done to enable African and other developing countries to access the SDRs that are not needed or being used by developed or emerging economies.

It is also clear that public debt vulnerabilities will dominate macro-economic policy management in Africa over the next few years.

The World Bank recently estimated that the world’s poorest countries will face an increase of nearly $11billion in debt repayments in 2022, an increase of over 45% from last year. Such huge repayments at a time of limited resources increase the risk of defaults and all that go with that.

The various debt relief initiatives such as the Debt Service Sus-pension Initiative and the Common Framework for Debt Treatments have their place but they must be adequate to tackle the problem at hand and implemented in a manner that will not further constrain the resumption of growth in African countries nor result in their exclusion from international capital markets.

In sum then, in spite of our potential, Africa countries are grappling with a variety of challenges and we need partnerships that help to tackle climate change, address security concerns, promote economic prosperity, combat disease, and improve governance.

With regard to governance, we have recently seen incidences of coup d’etats and unconstitutional changes in government which are a direct threat to the democratic ethos that we had all begun to take for granted on the continent.

The African people and their leaders have been unequivocal in condemning and sanctioning these disruptions of democracy. And I believe that the international community must support our efforts in this regard.

For instance, in Mali where the junta’s insistence on a lengthy transition was rejected by the Economic Community of West Afri-can States (ECOWAS) with the imposition of exceptional sanctions on that country. The sanctions require the bite of international support.

We are glad that the European Union has aligned itself with these measures and we urge the rest of the international community, especially the United Nations and international financial institutions to support our efforts.

This is another area where geopolitical tensions should not be allowed to work to the detriment of Africa’s democratic objectives as contained in the Constitutive Act of the African Union.

Despite the dark clouds of the past two years, there are still many silver linings. We realized our capacity to adapt to change, the importance of public health institutions and international cooperation and we have a chance to reflect critically on future pathways to prosperity, to health and happiness.

The future may seem uncertain but I believe we are better equipped mentally and physically to face it with hope.

Vice President of The Federal Republic of Nigeria

This article has been read 756 times
COMMENTS