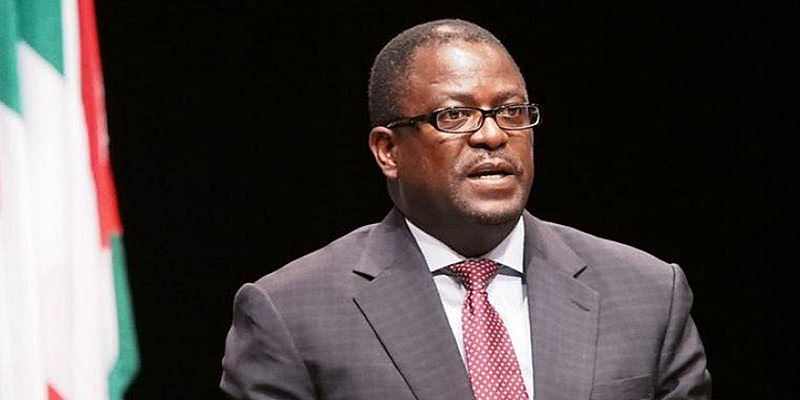 Last year was a particularly remarkable and difficult year. The Judiciary was plagued by numerous challenges. Among these challenges were: the volume of work against the available human resource; insufficient funding; insufficient and in some instances inappropriate infrastructure; and lack of information technology equipment, among others. There were also disruptions to normal court operations as we continued to work under very restrictive Covid 19 conditions. In point of fact, we lost a number of adjudicators around the country to the Covid 19 pandemic.

At the governance level, Zambia’s democratic credentials were once again tested. General elections came and went. A change of guards at the political scene occurred. The citizens’ expectations from the new Government are high. The new administration has given every indication that it will place a high premium on professionalism, the transformation of governance institutions for improved service delivery, and the elimination of any abuse of power and the use of undemocratic tactics. Assurances for a more independent and financially autonomous Judiciary have been made. For our part we shall continue to insist that this autonomy is realised with dispatch. It is in fact the way to go if the Judiciary is to thrive and deliver good quality justice.

Patriotism is a love of, and loyalty to one’s country. Accordingly, a patriot is a person who loves, supports, and protects his or her country and its interests with dedication. Transformation of governance institutions for better-quality service delivery demands an attitude change and enhanced patriotism.

We fittingly regard the breed of our freedom fighters who were involved in the struggle for independence as patriots. And indeed, they no doubt were. The true patriots of our history, like our freedom fighters, are people who greatly love this country and manifest that love by fixing, transmuting and stimulating our country into something better than it is.

Yet, the true Zambian patriot ought to appreciate the sacrifices that all citizens ought to make in order to improve our way of life and defend it at all costs. In the context of our time, I consider patriotism as our duties to our country in the very human attitudes of respect, compassion, and pride. It means a sense of national responsibility which is not transient or mere frantic surges of emotions, but a solid dedication of a lifetime.

All that seek justice, and those of us employed to dispense it, must train in patriotism. Patriotism should not allow anyone of us to acquiesce in any way in the obliteration of fundamental liberties and in ignoring the suppression of rectitude and accountability. Patriotism enjoins all of us to question wrong doing, at least. Those not engaged in adjudication, and other avocations that deprive them of a public voice, should ask themselves a series of questions including these: Would I truly consider myself a patriot if I kept quiet whilst those entrusted with responsibility act irresponsibly? Would I be a true lover of my country if I did not put my talent at its disposal? Would I be showing patriotism if I engaged in scurrilous attacks on public officials for no other reason than hatred and spite based on artificial barriers and differences?

True patriots shoulder the responsibility of holding their politicians accountable—to guarantee that the government remains a valid depiction of the people wishes. When the country appears polarised by petty squabbles and antipathies between political players, true patriots rise above them all and look at the bigger picture.

In my view, the true test of our patriotic character is to stand for the right thing even if it is unpopular to our self-interest, perceived or real. True patriots in the Judiciary will bravely step forward, not only to dispense justice as they deliver true, unbiased judgments, but also speak out within their judgments when the path the country is treading needs to be altered for the benefit of all of its citizens.

Mediocrity is positively antithetical to patriotism. We cannot be patriots and yet continue to perform our assignments shoddily. No one can be addressed as a patriot when he or she turns up late for work and leaves early, or worse still does not, for days turn up at all. We must always remain a hard-working crew; a committed lot — and the results must be apparent for all to see. We should also remember that patriotism abhors the pull him down syndrome. It celebrates success and denigrates failure.

Public criticism about the way we discharge our work is a normal feature. The natural inclination is to resent being openly vilified. There should be no reason to be excessively sensitive to criticism and to swiftly flex our muscle at anybody who questions our judgments or the decision making process. Patriotism requires equanimity in the face of criticism from the public when it is well founded. Resentment and action should only follow when the criticism is vicious and irresponsible.

It takes a patriot, wherever they are, to fight corruption and to resist the selfish appeal of corruption, tribalism, nepotism and cronyism. All these are the opposite of patriotism as they are concerned with personal and group interests rather than the interest of the nation as a collective. Patriotism demands that state institutions with a nationalistic culture and personnel throw the book at those who rip-off public resources to deny poor village school children a classroom desk to sit on; the pregnant rural mother a decent place to deliver in; the shanty compound family clean water and sanitation; the sick citizen access to essential medical care and the economy the much needed opportunities for growth for the happiness of the greatest number of our people.

Patriotism abhors impunity. Criminal prosecution must be instituted against alleged wrongdoers who should be afforded a fair opportunity to answer to allegations against them. Crimes of an economic nature, especially, deserve expeditious disposal because of their effect on the economy of the country. In this connection, I am pleased to announce that administratively an Economic and Financial Crimes Court at the level of the Subordinate Court will soon be operational. It is designed to offer specialised, fast-track court services, and ensure that, all due process requirements being observed, illicitly obtained wealth is speedily recovered and restored to the public fiscus so as to enable the Government channel the resources to build that essential road, pay that old village grandmother the social cash transfer money she so badly needs, repair that collapsed roof of the old school; and stock that public hospital with essential drugs.

Pursuant to the power entrusted in me by Article 133(3) of the Constitution and section 3(3) of the High Court Act, I signed a Statutory Instrument that will establish the Economic and Financial Crimes Division of the High Court for purposes of handling appeals from its Subordinate Court sibling. This, I think, is patriotism. Yet I am convinced that it will call for even greater patriotism on the part of judicial officers and Judges that will be assigned to work in these courts.

I encourage you all, to link patriotism to the common good with the aim of responding to transgressions of the law in ways which ensure that everyone, or at least the greatest number of the Zambian people, benefit. We must all correlate patriotism with our own contribution to nation building.

I sincerely hope that the year 2022, will see us successfully conduct, not only all scheduled criminal sessions in the High Court and across our court hierarchy, but that we shall pay equal attention to civil matters which, by their nature, tend to take longer to conclude.

Let us all as judicial officers, judges and support staff rekindle our patriotism for this country as we strive to attain excellence in the provision of justice to all without fear, favour or ill-will. The peace, unity and prosperity of the current and future generations of Zambians can only be guaranteed by deeds and words demonstrating true patriotism by which we must consciously and steadfastly abide.

I wish you all a patriotic, productive and fair year.

This article has been read 3,058 times
COMMENTS