Africa Must Have a Strong Voice on the World Stage 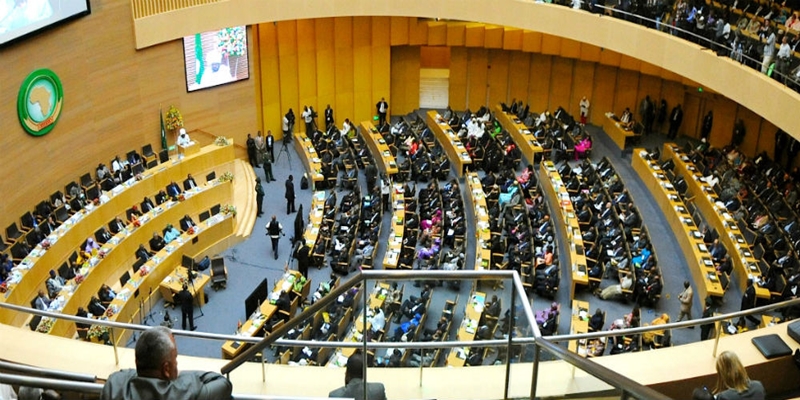 Africa's voice on the world stage needs to be heard loud and clear. Africa must also be represented on important international bodies. Today, more than seven decades after the creation of the United Nations, Africa remains a junior partner without meaningful input or role in the system of international governance. This is particularly true of the United Nations where Africa lacks representation on the Security Council and is underrepresented in a variety of ways.

It is the right time to reform and revitalize the United Nations system to reflect current global realities and ensure that it is a more representative and equitable body. Only fair representation and transparency in those institutions can usher in a  just era in multilateralism. Consistent with our Ezulwini Consensus of 2005, we should collectively insist that Africa's reasonable request for no less than two permanent seats and five non-permanent seats in the UN Security Council be adopted.

Equally important is Africa's media representation on the international stage. Africa is often portrayed in the international media negatively. The endless representation as a continent troubled by civil wars, hunger, corruption, greed, disease and poverty is demeaning and dehumanizing and likely driven by a calculated strategy and agenda. The stereotypical and negative media representations of Africa not only disinforms the rest of the world about our continent, but it also shapes the way we see ourselves as Africans.

Telling our own stories and shaping our own narratives must be our top priority. In this regard, I would like to propose to this august body the establishment of an African Union Continental Media House. This media house could be organized to provide authoritative news and information on our continent, fight disinformation, promote our collective agenda and offer opportunities for Pan African voices to be heard.

The greatest lesson that Ethiopia bas learned over the past year is that without the solidarity of our African brothers and sisters, our existence as a nation would have been at great risk. This affirms the wisdom of our forefathers and foremothers in their dream of Pan Africanism. The old saying is true. United we stand, divided we fall. Today, we stand proud and tall as Africans in the shadow of those who struggled to liberate and unite Africa. Our steadfast unity is the anchor and foundation of our Agenda 2063.

A continent of 1.3 billion people, a substantial percentage of them young and dynamic, will drive Africa's prosperity and pull it out of poverty as we set forth in our Agenda 2063. Also, our continental free trade agreement holds the greatest promise for effectively realizing continental integration and development. The potential for increased intra-Africa trade, free movement of people and investments and self-reliance is a beacon for Africa's renaissance.

Instead of depending solely on trade out of Africa, our collective effort to boost intra-Africa trade will protect us from the fluctuations of global economic and political changes.

Similarly, the potential for continent wide tourism remains untapped. It is part of Aspiration 5 of Agenda 2063 which seeks to create an Africa with a strong cultural identity, common heritage, values and ethics. The more we know each other, the more we are able to cooperate and resist the forces that seek to divide and undermine us.

You may recall a mere two months ago efforts were underway by some in the international community to create an atmosphere of fear to drive expatriates out of Ethiopia and discourage travel to Ethiopia. Those efforts were not successful. And will not be successful! Indeed, many fellow Africans joined the Great Ethiopian Diaspora Homecoming challenge and proved to the world Ethiopia is a safe and culturally rich tourist destination.

This article has been read 780 times
COMMENTS