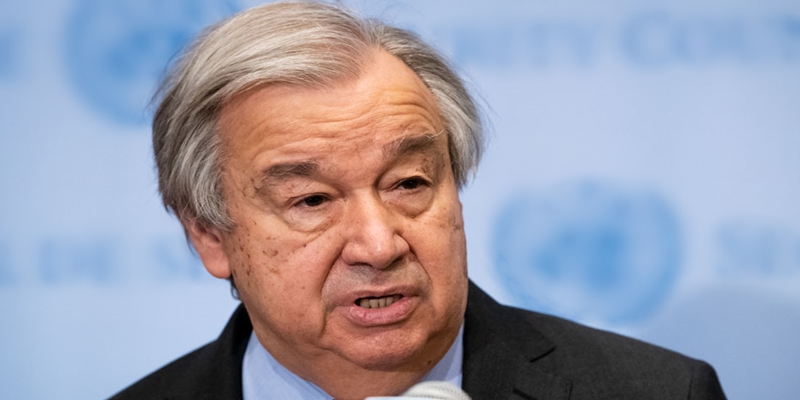 One month ago, the Russian Federation launched a massive invasion of the sovereign territory of Ukraine in violation of the UN Charter.

It was done after months of building up a military force of overwhelming proportion along the Ukrainian border.

Since then, we have seen appalling human suffering and destruction in cities, towns and villages.

The shelling of hospitals, schools, apartment buildings and shelters.

And all of it is intensifying -- getting more destructive and more unpredictable by the hour.

Ten million Ukrainians have been forced from their homes and are on the move.

But the war is going nowhere, fast.

For more than two weeks, Mariupol has been encircled by the Russian army and relentlessly bombed, shelled and attacked.

Even if Mariupol falls, Ukraine cannot be conquered city by city, street by street, house by house.

The only outcome to all this is more suffering, more destruction, and more horror as far as the eye can see.

The Ukrainian people are enduring a living hell – and the reverberations are being felt worldwide with skyrocketing food, energy and fertilizer prices threatening to spiral into a global hunger crisis.

Developing countries were already suffocating under the burden of COVID and lack of access to adequate financing.

Now they are also paying a heavy price as a result of this war.

At the same time, we cannot lose hope.

From my outreach with various actors, elements of diplomatic progress are coming into view on several key issues.

There is enough on the table to cease hostilities – now … and seriously negotiate -- now.

This war is unwinnable.  Sooner or later, it will have to move from the battlefield to the peace table.

The only question is:

How many more lives must be lost?

How many more bombs must fall?

How many Mariupols must be destroyed?

How many Ukrainians and Russians will be killed before everyone realizes that this war has no winners — only losers?

How many more people will have to die in Ukraine, and how many people around the world will have to face hunger for this to stop?

Continuing the war in Ukraine is morally unacceptable, politically indefensible and militarily nonsensical.

What I said from this podium almost one month ago should be even more evident today.

By any measure – by even the shrewdest calculation -- it is time to stop the fighting now and give peace a chance.

It is time to end this absurd war.

This article has been read 365 times
COMMENTS