Why Global Businesses Are Banking On Africa 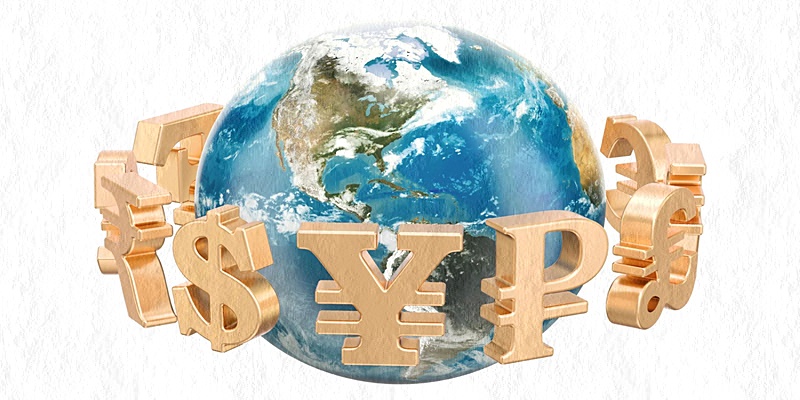 Amid the COVID-19 pandemic, ever-changing lockdown regulations and travel bans for countries in sub-Saharan Africa, the continent has held firm with a positive outlook for its tourism and hospitality sectors. This has been further cemented by the increase in major global businesses either setting up shop in Africa or expanding further across the continent.

Ramsay Rankoussi, Vice President, Development, Africa and Turkey for Radisson Hotel Group, says that while the Radisson Hotel Group will continue to pursue organic growth underpinned by domestic and regional travel, the Group will also be exploring other routes through inorganic growth that may be slightly more unconventional and would include different types of partnerships, joint-ventures, co-branding and potential capitalistic approaches. One of these – Radisson Individuals, a conversion brand that offers smaller hotel operators the opportunity to be a part of the Radisson family without losing their identity – already came to fruition in 2021. “Africa holds immense potential across various segments and product types – from resorts and city hotels to serviced apartments and boutique offerings. The lack of funding, be it equity or debt, along with the high cost of capital remain the biggest burden across the continent. Inorganic growth will certainly help us to not only mitigate materialisation risks but should also unlock synergies and economies of scale with other local and regional chains to the benefit of local communities,” he says.

As such, the Radisson Hotel Group has set its sights on Africa, boosting its African portfolio with 14 signings and five hotel openings in 2021, setting it on a positive path to reach its ambitious goal of more than 150 hotels by 2025.

Cheapflights, a global travel search site that compares flights, hotels and rental cars, reports that searches from South Africa to the rest of the continent were up 67% on average between September and December last year compared to the same period in 2019. Zimbabwe, Tanzania, Mauritius, Namibia and Mozambique were the most searched countries within the region. Additionally, the site recently also launched its Work from Wherever Index, which provides travellers looking to work away from home or while on vacation a definitive list of the best countries that are easiest to work from while enjoying a new country. The results of the Index are based on popular searches made on the Cheapflights site as well as on how well each country scored across six categories. South Africa ranks 61st globally and fifth amongst countries in the Middle East and Africa region, with its highest scores in the categories of price, travel and social life.

Mauritius, which ranked fourth globally, beating out many European heavyweights, topped the ranking for the Middle East and Africa. The island nation offers great weather, low crime rates and a fairly low cost of living in addition to a remote work visa (also called a digital nomad visa), which is a travel authorisation for on-the-go workers, allowing them to work independently during their stay in a country. Other African countries that made the list include the Seychelles at number 26 globally and number 2 in the region; Réunion (at number 69); Kenya and Tanzania (ranked 80th and 81st, respectively); and Tunisia (ranked 84th); amongst others.

The Work from Wherever Index, as well as the increase in flight searches to the continent might be additional indicators of renewed business and growing confidence among travellers.

South African serviced office provider The Business Exchange (TBE) recognised the Mauritian potential and in April 2021, the company launched its second investment opportunity in Mauritius – a sectional-title serviced office space. Beyond the white beaches and get-away-from-it-all lifestyle, Mauritius is increasingly recognised as one of the hottest business hubs on the continent. In fact, the island paradise is currently the highest-ranked economy in sub-Saharan Africa, according to the World Bank’s Ease of Doing Index.

“Mauritius presents a sound environment, both politically and economically. Major international brands, including Samsung, Broll, Expedia and NBA (North America’s National Basketball Association), have already based themselves at our serviced office space there, which speaks to the potential of the location as a foremost business hub,” believes David Seineker, TBE founder and CEO.

Mauritius’s proximity to South Africa – it’s a mere four-hour flight from Johannesburg – is a further advantage, as the City of Gold remains the continent’s foremost business hub. Mauritius is also perfectly positioned en route from Asia and the Middle East to the tip of Africa, making it ideal for expansion into Africa as well as from Africa to the rest of the world. While the strategic relevance of the location was key to TBE’s expansion plans, others look for opportunities in regions that face the same challenges as in the business’s key operational area.

Zoho, the global technology company that offers the most extensive suite of business software in the industry,  announced the opening of its South African office at the end of 2021 – the company’s flagship – in Cape Town. “Zoho strongly believes in its growth being closely tied with the growth and development of the broader community that it serves, a strategy we refer to as ‘transnational localism’. As part of this vision, we’re focused on contributing to the creation of self-sufficient economic clusters across the world,” says Hyther Nizam, President MEA at Zoho Group.

In South Africa, Kenya, Nigeria and Egypt, Zoho offers its products in local currencies. Additionally, Zoho has hired individuals in all of these countries for customer-facing roles. And the company is committed to establishing partnerships that will aid local businesses in their digital transformation efforts.

“Africa has massive growth potential for us as a company,” says Aisha Pandor, CEO and co-founder of SweepSouth. “We already operate in three key markets and the acquisition of Filkhedma means that SweepSouth will be one of a few African start-ups operating in the continent’s four key tech ecosystems of South Africa, Egypt, Kenya and Nigeria.

“Egypt has a strong and growing middle-class that has been underserved in the domestic home services arena, which can be said of many other regions across the continent, too. With a compelling economic growth track record and outlook, and an economy that has been resilient in the face of challenging times, it made sense for us to eye this market for our next big leap. Our presence there now primes us for further expansion into other parts of Africa and the Middle East.

“We are entering a rapid growth phase and executing on a number of other new country launches in 2022,” adds Pandor. “Having the Filkhedma team on board is particularly exciting as it’s an intra-African acquisition by two companies in the same vertical. This acquisition almost doubles our addressable market on the continent and enhances the products and services that we already offer."

This article has been read 742 times
COMMENTS