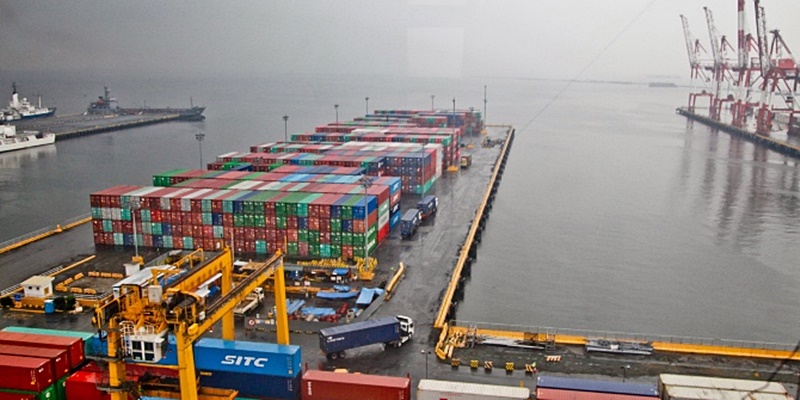 Preferential trade in goods under the African Continental Free Trade Area (AfCFTA) will only become possible once schedules of tariff concessions have been agreed and have entered into force. A “schedule of tariff concessions” is defined in the AfCFTA Protocol on Trade in Goods to mean “a list of negotiated specific concessions and commitments by each State Party. It sets out, transparently, the terms, conditions and qualifications under which goods may be imported under the AfCFTA”. (Emphasis added.)

The negotiations to adopt these tariff schedules have proved to be difficult, complex and time consuming. The AfCFTA Agreement entered into force on 30 May 2019 but three years later preferential trade in goods under AfCFTA rules has not yet begun. There have been plans to begin with interim trade in goods, but this is also not yet possible.[1]

Part of the explanation for the delay is that these negotiations involve a difficult and unique process. Guiding principles and negotiating modalities have been adopted at the outset but the actual establishment of a Free Trade Area (FTA) consisting of all 55 Members of the African Union (AU),[2] is undertaken as a member-driven process.[3] Each participating country pursues its own offensive and defensive interests and must observe existing regional trade liberalisation commitments. The AfCFTA must preserve the existing acquis.[4]

The negotiating process is confronted by an array of complex policy and practical challenges and structural constraints. The AU Member States are at different levels of economic development. There are some industrialised nations (South Africa is the obvious example) but many are Least Developed Countries (LDCs). Thirty-three of the world’s forty-six LDCs are in Africa. They have very low levels of industrialisation. Their tariff offers will reflect domestic policy constraints as well as their specific needs, despite being formally bound by the guiding principles and negotiating modalities.

The guiding principles which govern, together with the negotiating modalities, the establishment and functioning of the AfCFTA, consist of a list of objectives and principles that are impossible to comply with in equal measure. The guiding principles are the following: The Regional Economic Community Free Trade Areas (REC FTAs) are the building blocks of the AfCFTA, the Preservation of the Acquis, Variable geometry, Flexibility and Special and Differential Treatment, Transparency and disclosure of information, Substantial liberalisation, MFN treatment, National treatment, Reciprocity, Decisions by consensus, and Adoption of best practices.[5]

Another factor is that the existing Regional Economic Communities (RECs) will not disappear.[6] A study conducted by the United Nations Conference on Trade and Development (UNCTAD) in 2020, noted that very practical matters have to be accommodated in terms of “precisely how to make such continent-wide liberalisation happen among 55 countries constrained by conflicting incentives arising from the multiple layers of preferential arrangements accumulated over the four decades of regional integration efforts and disintegration episodes. The issue was therefore to identify a realistic and pragmatic roadmap to configure and conduct negotiations on a continental scale while recognising the practical constraints posed by political economy of trade policy and multiple sub-regional integration processes.”[7]

It is important to emphasise that the AfCFTA is an FTA, not a Customs Union. In an FTA the Parties retain policy space over the use of the import tariff, and can negotiate trade agreements with third parties. When they negotiate membership of a new FTA, they will endeavour not to sacrifice too much of this space. The more industrialised State Parties in particular, are keen to protect their future use of the import tariff as a tool for promoting domestic industrialisation plans. They emphasise that one of the objectives of the AfCFTA is to promote industrial development.[8]

Trade with the rest of the world is another relevant factor; at present only about 16% of the goods exported by African economies are destined for other African markets. Trade with third parties remains vital. The AfCFTA Agreement recognises this fact and says nothing shall prevent a State Party “from concluding or maintaining preferential trade arrangements with Third Parties….[9]

There are membership issues too. The members of the existing African customs unions (SACU, ECOWAS[10], EAC and CEMAC) negotiate AfCFTA tariff concessions collectively. To give an obvious example; Botswana (which is not highly industrialised but is bound by what has been agreed within SACU in order to protect the common external tariff of SACU) does not make its own tariff offers in the AfCFTA context. It will be bound by what the SACU members have agreed before. This prior decision on the strategy to be followed during the AfCFTA tariff negotiations reflects South Africa’s industrialisation interests. Botswana will be a State Party in its own right once it has ratified the AfCFTA Agreement but does not make its own tariff offers. It cannot be expected to accommodate the demands from other non-SACU parties unilaterally.

The AfCFTA tariff and rules of origin negotiations are bound to be difficult. Africa’s existing integration landscape is the reality in terms of which these negotiations take place. It does not allow for a clean slate exercise.

[1] See the Blog in this Newsletter dealing with the relevant decision of the AU Assembly of early February 2022.

[2] Only 54 of them are involved in these negotiations. Eritrea has signed the AfCFTA Agreement but is not participating in the negotiations.

[3] Art 5 of the AfCFTA Agreement says the AfCFTA shall be “driven by Member States of the African Union”.

Gerhard Erasmus is a founder of tralac and Professor Emeritus (Law Faculty), University of Stellenbosch. He holds degrees from the University of the Free State, Bloemfontein (B.Iuris, LL.B), Leiden in the Netherlands (LLD) and a Master’s from the Fletcher School of Law and Diplomacy. He has consulted for governments, the private sector and regional organisations in southern Africa. He has also been involved in the drafting of the South African and Namibian constitutions. He grew up in Namibia.

Trudi Hartzenberg is the Executive Director of tralac. She has a special interest in trade-related capacity building. Her research areas include trade policy issues, regional integration, investment, industrial and competition policy.

This article has been read 770 times
COMMENTS