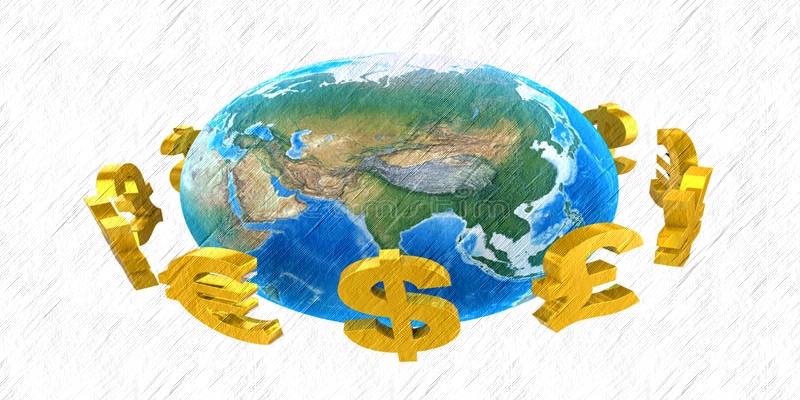 African economy, finance and planning ministers, businesses and economists attending a conference in Dakar, Senegal, have made an impassioned case for a complete overhaul of the global financial architecture.

The Conference of Ministers (CoM2022) -- organised by the United Nations Economic Commission for Africa (ECA) and hosted by the government of Senegal – heard from economists and executives who argued that these global arrangements, ostensibly meant to maintain stability in the international financial system, were outdated and unfair to many developing countries.

In Africa, they are “not fit for purpose,” said Vera Songwe, UN Under-Secretary General and Executive Secretary of UN Economic Commission for Africa.

Giving the keynote speech at CoM2022, President Macky Sall of Senegal, said Africa was being dictated to although it had over a decade of good growth, only suffering a reversal, like the rest of the world, because of the coronavirus pandemic.

Funds are loaned to African countries at a higher rate of interest than other comparable countries and their credit-worthiness hinges on the decisions of opaque credit ratings agencies. “Sometimes we feel sad,” President Sall said. “We ask ourselves: what can we do, where do we stand, what is our place?” He said African countries had asked for a re-allocation of Special Drawing Rights (SDRs) but “they said they couldn’t re-allocate. So we now have to ask for new ones…They talk about deficits and debt ratios while we need money like a Covid patient needs oxygen.” Extending the analogy, the President said “and then they say they don’t have the instruments” like a patient denied oxygen because the instruments to administer it aren’t available.

There was consensus among participants at CoM2022, including Michael Camdessus, the former managing director of the IMF, that fundamental change was required. Mr Camdessus said reform of the global financial architecture was “crucial for Africa. We cannot be paralysed by the texts of our statutes.”

Concluding CoM2022, ministers said their targets for the 2030 Agenda for Sustainable Development as well as Agenda 2063 had suffered “significant setbacks”.

African countries’ annual expenditures just to meet the Sustainable Development Goals (SDGs) are expected to rise by $154 billion because of the pandemic. An additional $285 billion will be needed for the next five years to ensure an adequate response to COVID-19. Ministers attending CoM2022 pointed out that the continent also needed between $130 billion and $170 billion annually for infrastructure projects and about $66 billion a year to invest in health systems and health infrastructure.

Apart from the pandemic, economic recovery is being hampered by rising food, oil and fertilizer prices caused by the war in Ukraine. 29 African countries are expected to face a severe food crisis.

To add to these needs, over $3 trillion is required by 2030 to address the challenges of climate change. And with 640 million Africans lacking access to electricity, they said energy infrastructure was urgently required.

In a communique issued at the end of the conference, the 26 ministers acknowledged that bilateral and multilateral support had been forthcoming during the pandemic. But they argued it was “grossly inadequate” for lower-income countries and too narrowly targeted to help vulnerable middle-income ones.

They urged G20 countries to extend the Debt Service Suspension Initiative (DSSI) for two more years to help “create fiscal space for urgent spending”.  They also asked for the Common Framework to be modified to make debt restructuring effective and broad-based to include commercial creditors.

A key demand was that developed countries support the recycling of $100bn in Special Drawing Rights (SDRs), of which they said $60 billion should be allocated to the Poverty Reduction and Growth Trust (PRGT) and to the new Resilience and Sustainability Trust (RST).

In addition, they asked for new SDRs and drew attention to the ECA’s Liquidity and Sustainability Fund (LSF), which they said should be established to allow African countries to use SDRs to improve liquidity, stabilise currencies and reduce the costs of credit.

CoM2022 questioned the surcharges imposed by the IMF on countries with large borrowings, which they pay in addition to interest payments and fees. Ministers said these are estimated to be in the range of $4bn for African countries this year alone and have asked the IMF to waive them for another 2 to 3 years during the war in Ukraine. In addition, they urged the IMF to use its Catastrophe Containment and Relief Trust (CCRT) to offer debt service relief to poor countries.

There was an admission from ministers present that the continent simply loses vast amounts of domestic funds. The communique said ministers were “deeply troubled” by illicit financial flows (IFFS). An estimated $83billion is siphoned out of Africa, denying the continent desperately needed resources that it could have used “for the people”.  It also acknowledged that Africa had underdeveloped capital markets, “due in part to a large informal sector, low saving rates and weak regulatory and governance regimes”.

But, ministers said, they were very disappointed that there continues to be an “African premium”, which ranges from 100 to 260 basis points, for funds raised in external capital markets. “Interest rates charged to our countries are higher than those charged to our peers outside our continent with similar or worse economic fundamentals,” the communique said. With central banks in advanced economies raising their interest rates to restrain rising inflationary expectations, these costs would rise further.

Among the demands made by African ministers to ease liquidity issues, was the on-lending of SDRs – where countries which don’t need them can loan them on to those which do. The ministers commended China for its decision to pass them on and urged other bilateral donors to follow suit. “The on-lending of $100 billion in SDRs to Africa would be a cost-effective means of financing the continent’s recovery,” they said.

On the subject of sustainable and climate financing, ministers commended the ECA and the Pacific Investment Management Company for launching the Liquidity and Sustainability Facility (LSF), which would allow African countries to attract investments in sustainability-themed-financial products, including green bonds. They also said African countries should be compensated for the efforts they put in safeguarding some of the planets most important carbon sequestration assets.

The ministers said multilateral and regional development banks should make climate finance more readily available, so that they could “adapt and mitigate against the growing impacts of climate change” and fund green projects. Development partners were urged to replenish the African Development Fund (ADF), and to support recapitalising PDBs among other measures, to address a looming crisis due to the Russia-Ukraine conflict.

For their part, the African ministers gathered in Dakar made a commitment to increase their efforts to mobilize domestic resources and “implement policies that create an enabling environment” to attract the private sector and institutional investors They said resources would be directed towards priority areas, including infrastructure, health, education and climate change, including renewable energy to reduce dependence on foreign oil and gas.  Oil-exporting African countries were urged to use the windfall caused by the Ukraine crisis to support economic recovery.

Noting that full implementation of the African Continental Free Trade Area (AfCFTA) would boost Africa’s GDP by an estimated $55billion by 2045, ministers said countries which had ratified the agreement should mainstream it and those that had not should do so. They also promised to strengthen their efforts to implement a “comprehensive and unambiguous tax policy” and improve capacity in combating tax-motivated illicit financial flows (IFFs). The ECA was requested to continue to provide its assistance in designing tax policies and their implementation.

The ministers’ statement commended the African Export-Import Bank (Afrexim Bank) for launching the Pan-African Payments and Settlement System to support the operationalization of the African Continental Free Trade Area (AfCFTA), “enabling instant, cross-border payments in local currencies between markets on the continent” at low cost and “reducing the dependence on hard currencies”.

The Economic Commission for Africa was praised for successfully implementing its work programme for 2021 despite the challenges of the COVID-19 pandemic and was requested to assist countries to respond to the impact of the Ukraine conflict and help them prepare for the next global climate summit, COP27.

This article has been read 732 times
COMMENTS