Africa in an Era of Cascading Risks: Challenges and Responses 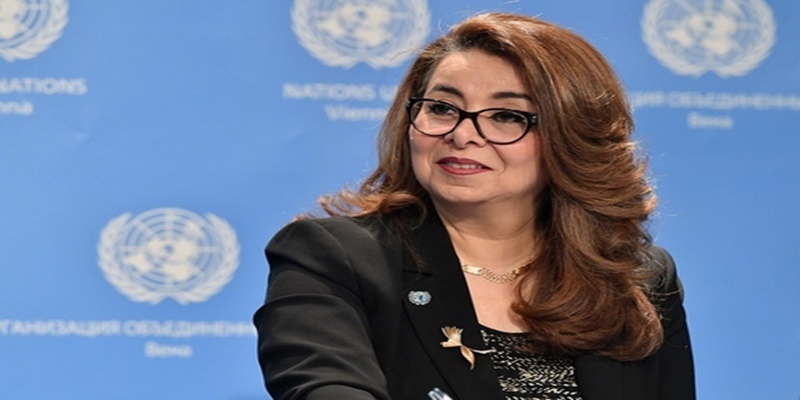 We live in the African century. By 2050 a quarter of the global population will be African. What happens here will determine the course of the world.

Young people who can grow up healthy and safe and in school represent Africa’s greatest resource: the next generations who will spur innovation and economic growth.

But the African Youth Survey 2022, which was released by the South African Ichikowitz Family Foundation, paints a troubling picture.

Only 32 percent of Africans aged 18 to 24 are optimistic about the futures of their countries, down from 43 per cent just two years ago. 72 percent are concerned about climate change. More than half said they plan to emigrate in the next few years.

Africa remains the region most affected by terrorism, and 48 per cent of deaths attributed to terrorist groups globally last year occurred in Sub-Saharan Africa.

Linkages with organized crime are compounding the threats to peace, security, and development.

Terrorist groups are engaged in extortion, looting, and trafficking. The latest UNODC World Drug Report examines the involvement of non-state armed groups in cannabis resin trafficking in the Sahel.

Piracy in the Gulf of Guinea accounts for some 90 percent of global kidnapping incidents. At the start of June, a UN Security Council resolution called on the Secretary-General to report on the situation, including on “linkages with terrorism in west and central Africa and the Sahel.”

These transnational challenges are further aggravated by cascading global crises that have hit Africa hardest.

First and foremost, the COVID-19 pandemic. Africa has borne the brunt of severe vaccine inequity, and according to the UN Economic Commission for Africa, an estimated 55 million Africans were pushed into extreme poverty in 2020, reversing more than two decades of progress.

A second shock hit with the war in Ukraine, which has diverted international assistance and sent the prices of food, fuel, and fertilizers skyrocketing.

These impacts are intensified further still by the climate crisis.

Africa has played almost no role in global warming, accounting for only 3.9 percent of total fossil fuel emissions in 2020. Yet climate change is having a disproportionate impact, with droughts, flooding, and natural disasters driving famine, instability, and conflict.

Africa, with its vast natural riches, is vulnerable to wildlife, forest and fisheries crime, illegal mining and trafficking in precious metals. These crimes as well as the illicit trade in hazardous waste are contributing to the triple planetary crisis of biodiversity loss, pollution, and climate change.

The World Bank estimates that by 2050, climate change will lead to the internal migration of some 86 million people in Sub-Saharan Africa and 19 million in North Africa.

People on the move are at greater risk of human trafficking. Women and girls are more vulnerable to gender-based violence.

These are dauting problems, and no country or region can solve them alone. International solidarity is needed.

To better support Africa, UNODC is implementing our new Strategic Vision through 39 regional, country, and programme offices located across the continent.

In line with this Vision, I would like to highlight three points for concerted action.

First, we need to further strengthen prevention and resilience through whole-of-society approaches.

Cascading risks have exposed the interdependencies of our interconnected societies. Integrated responses are needed. African women and girls must be empowered to contribute to solutions.

With this in mind, UNODC’s soon-to-be launched global programme against terrorism prioritizes the participation of women and all young people in community-based solutions as a frontline defence against violent extremism.

Another example is our Peace Weavers project with UNESCO, which is engaging youth in Cameroon, Chad, and Gabon to stop the illicit exploitation of natural resources and create alternative incomes through social entrepreneurship.

Second, we need to build better criminal justice responses and strengthen border management through technical assistance and international cooperation. This includes advancing collaboration with the African Union and regional organizations, and supporting regional networks such as the Judicial Cooperation Platform for Sahel Countries and the Network of West African Central Authorities and Prosecutors against Organized Crime.

Finally, we need countries to work together to tackle corruption - a cross-cutting, keystone response that can give teeth to action against crime and terrorist financing, and help stop the 88.6 billion dollars in capital flight and stolen assets leaving Africa every year.

Corruption was among the top four reasons for emigrating cited in the African Youth Survey 2022.

The UN Convention against Corruption provides a unique framework that can bring governments together with the private sector, civil society, and a young generation demanding integrity.

Anti-corruption action can help protect the promise of the African Continental Free Trade Area, which ECA estimates could nearly double the share of intra-Africa trade, thereby generating jobs, reducing poverty and increasing the resilience of Africa’s economies to future shocks.

Addressing corruption is also essential to safeguard climate finance. The Global Commission on Adaptation estimates that some 1.8 trillion dollars in investment is needed by 2030 to prepare for global warming. Corruption risks, unless they can be identified and mitigated, will scare away climate-related investment and undermine Africa’s green transition.

In response, UNODC is stepping up tailored support for Africa through our new anti-corruption hub in Pretoria.

We also continue to assist governments to implement the Sharm El-Sheikh Declaration on fighting corruption in times of crisis, adopted at the 9th Conference of the States Parties to UNCAC, hosted by Egypt last December.

This November, Sharm El-Sheikh will once again be the centre of global action with the UNFCCC COP27.

From Sharm El-Sheikh to Sharm El-Sheikh, we have the opportunity to keep raising Africa’s voice on the global stage, and call for shared responsibility in tackling global challenges, from corruption and crime to climate change.

This article has been read 549 times
COMMENTS