The 10 Most Influential Gadgets of All Time 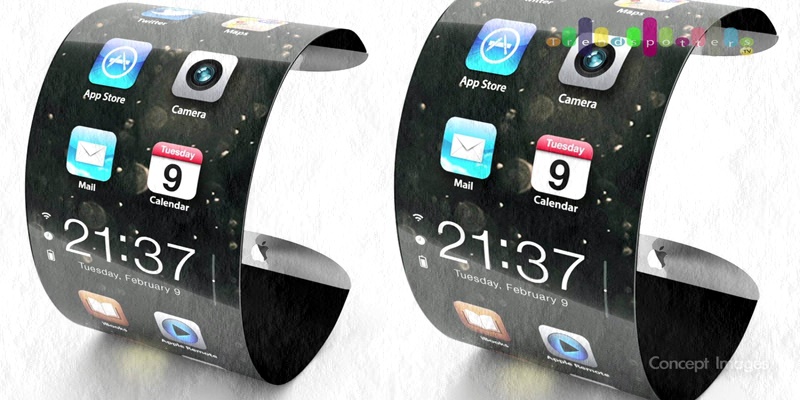 If anyone doubts the role gadgets play in today’s society, that person probably has no idea that at the end of 2021, almost 15 billion mobile devices were operating all over the world. And by 2025, there will be three billion more.

There was a time when anyone interested in the latest gadgets in the market and what these devices could do, kept www.CrunchGear.com on their bookmark list.

However, any attempts to visit www.CrunchGear.com today trigger a short message “www.crunchgear.com’s server IP address could not be found.”

When we tried to find out what happened to the website, we found ourselves going down memory lane as we came across some of the most influential gadgets featured on the website. We revisit some of these gadgets to see why those reviewing them thought they were so iconic.

A Brief History of www.CrunchGear.com

Before we look at the ten iconic gadgets featured on www.CrunchGear.com, let’s start with a brief history.

Crunchgear was a blog covering gadgets and computer hardware. It was captured for the first time on the internet in 2006. At this time, it was edited by John Biggs. The website was part of Michael Arrington’s Crunch Network. The Crunch Network also owns TechCrunch.com.

In a 2011 article published by TechChrunch.com, Briggs says that he established CrunchGear following a call from Mike Arrington, who asked him to set up a gadget blog.

Briggs adds, “It’s been nearly five years now, and in this time, we’ve posted 47,243 stories, run through dozens of writers, and amused a few million of you guys on a daily basis.”

Here are the ten most iconic gadgets covered in CrunchGear.

“They Have iPhones In Seattle Too?” That’s the headline of one article about the iPhone, published on CrunchGear in 2007.

It’s not surprising that the iPhone is one of the most iconic products featured on CrunchGear. Anyone who has watched the successive iPhones that have hit the market since June 29, 2007, will agree that this little gadget changed the world.

Writing for PCMag.com, Eric Griffith reports that when the iPhone was released, it “was promptly dubbed the ‘Jesus Phone’ by a critical public who crucified it and worshipped it like a gift from God itself.”

Towards the end of 2021, reports estimated that the number of iPhones sold since its inception was 2 billion. This explains why the iPhone will appear in many lists containing the most iconic gadgets.

For many people who were adults in the 1990s, Nokia was the device of choice as the cell phone revolution took hold.

One such person is Luke Westaway, who writes for the technology website CNet.com. He says, “The Nokia 3210 is my favorite phone of all time. It was also my first phone, and the device that inspired a lifelong passion for tech.”

Even though Nokia lovers did not quite worship the gadgets in the same way lovers of Apple products do, they got pretty close.

In an article published by Wired.com, Brian Barrett explains why the Nokia 3310 enjoyed cult status in its day.

Writing about the phone on its 20th anniversary, Brian Barrett of Wired.com says that “the Nokia 3310 still wears the moniker proudly.” He adds, “People used to love it for what it could do.”

CrunchGear mentions the Nokia 8800 Scirocco in its ten most beautiful phones list.

A piece on CrunchGear about the PS2 in March 2007 reports, “Europeans would not be getting a PS2 Emotion Engine chip inside their PS3s thanks to Sony trying to cut costs.” The article sarcastically congratulates Sony on adding fuel to the fire it was attempting to extinguish.

According to the Encyclopedia Britannica, PlayStation sent a signal to the market that Sony had risen to power in the video game space. The same source notes that the PS One, as the PlayStation was also called, showed that the video gaming industry was moving away from cartridges to CDs.

If you tell teenagers today that there was a time when BlackBerry was the phone of choice for many business people as recent as ten years ago, they will probably look at you and ask what you have been smoking.

Ron Miller reports for TechCrunch.com. He writes, “For better or worse, the BlackBerry ushered in the mobile era for many businesspeople.”

CrunchGear reports about BlackBerry in a 2009 piece. The site reports that the phone maker, RIM, was “planning some sort of BlackBerry TV store/service/thing, and may launch it as early as CTIA next week.”

Suppose there was one gadget that has influenced how everyone, from students to professionals, works and plays. In that case, it has to be the MacBook.

Seán Moreau of Computerworld.com traces the history of the MacBook back to October 1991 and the release of the PowerBook 100.

PCworld.com named the portable computer on the list of the 25 greatest PCs of all time.

CrunchGear published several stories about the MacBook, including one about a new SMC Firmware update that solved a problem where the computer would shut itself down five to six times a day.

Before Google threw the spanners into the works and started offering free navigation on Android-powered phones, the TomTom was the device to have. CrunchGear also reported about the gadget.

Arthur reports that the fall of TomTom came fast and hard, and by 2009, the company recorded a net loss of €37m.

The feud regarding which one is the better product between Xbox and PlayStation is perennial. Collin Flatt of Ranker.com says, “While Sony’s PS2 clearly won the console war over the original Xbox, the tide turned in Microsoft’s favor when the Xbox 360 arrived in 2005.”

Whichever side you fall on, there is no denying the reality that, just like the PlayStation, Xbox will forever be one of the iconic products of our time.

Even though CrunchGear does not go into a debate about which one is better, a review on the site says, “When I’m sitting here playing Gears of War [Xbox], there are so many grinding sounds emitting from the unit that sometimes I wonder if it’s going to explode.”

In reviewing the best 4K Blu-ray players, Chris Heinonen of the New York Times has a Panasonic product in the top slot.

Heinonen advises buyers, “If you want the absolute best video and audio presentation of your favorite films, a 4K Blu-ray player is the component to buy.”

The Nintendo DSi is a double-screen handheld console produced by Nintendo. A reviewer titles their article “Remembering a Masterpiece: The Nintendo DSi.”

The same reviewer adds, “The DSi wasn’t the first DS system Nintendo ever produced, and it was far from the last model that players would see; still, its clean lines, strong clamshell design, and host of attractive features easily made it the most iconic system in the DS lineup.”

In his article published on CrunchGear, Matt Burns tells how he tore the gadget apart and discovered that there was “nothing too groundbreaking” about the Nintendo DSi.”

There is no denying that Apple is the leader when it comes to the most influential gadgets of our time. Another product from Apple that CrunchGear constantly reported about is the iPod.

An article published by MacWorld.com explains why the iPod is so revolutionary. According to the article, “Rarely does an electronic gadget become so ubiquitous that it defines an entire market category and transcends the mantle of nerd toy to become an iconic cultural force.”

This article has been read 376 times
COMMENTS