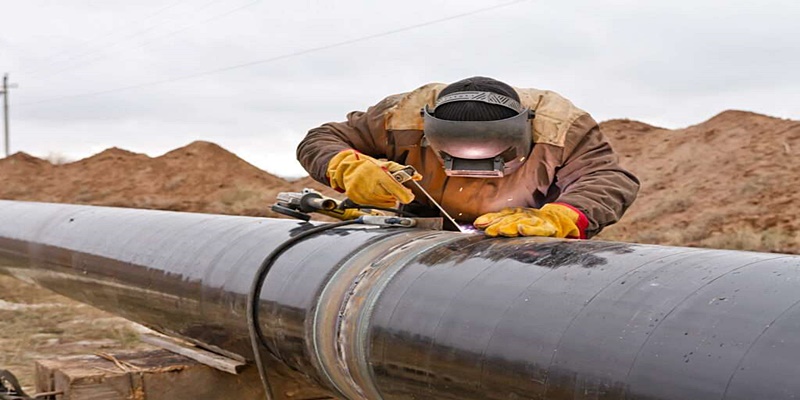 Europe is still looking for reliable alternative sources of energy especially gas, as its energy relations with Russia have nosedived. It has been exploring energy sources from the Asian region and Africa. While African energy sources exist, Africa lacks the needed infrastructure to transport them to Europe. Transporting gas would require clearance agreements across the various African borders.

The Trans-Saharan gas pipeline (also known as NIGAL pipeline and Trans-African gas pipeline) was first proposed back in the 1970s. The inter-governmental agreement on the pipeline was signed by Energy Ministers of Nigeria, Niger and Algeria on 3rd July 2009 in Abuja. It has not materialized, among due to financial constraints and complicated government bureaucracy.

Russia's Gazprom’s negotiation with Nigeria about possible participation in the project Is perceived by some experts as a bid to either sabotage or control the flow of gas from Africa into Europe. Charles Robertson, Global Chief Economist at Renaissance Capital, questions how Russia can heavily invest in Africa's exploration and production of oil and gas for export.

Algerian Energy Minister Chakib Khelil observes:  "only partners that can bring something to the project, not just money, should be there. Not every partner is welcome on board on the project."

Mahamane Sani Mahamadou, Minister of Petroleum for the Republic of Niger; Mohamed Arkab, Minister of Energy and Mines, Algeria, and Chief Timipre Sylva, Minister of State for Petroleum Resources of Nigeria as well as the Director Generals of National Oil Companies (NOCs) of the three African countries have held thorough discussions on the implementation of the multi-billion Trans-Saharan Gas Pipeline (TSGP).

According to reports, a Steering Committee made up of the three Ministers and Director Generals of the NOCs, established during the two-day meeting, will be responsible for updating the feasibility study for TSGP and will meet at the end of July 2022 in Algiers to discuss the progress.

With energy poverty increasing across the African continent, the TSGP project will bring in a new era of energy reliability for Africa.

The 4,128 km pipeline running from Warri in Nigeria to Hassi R’Mel in Algeria via Niger will not only create a direct connection between Nigeria and Algeria's gas fields to European markets but also bring significant benefits for Niger.  It will connect to the existing Trans-Mediterranean, Maghreb–Europe, Medgaz and Galsi pipelines.  The length of the pipeline would be 4,128 kilometres (2,565 mi): 1,037 kilometres (644 miles) in Nigeria, 841 kilometres (523 miles) in Niger, and 2,310 kilometres (1,440 miles) in Algeria.

The TSGP project will mark a new era of improved regional cooperation in Africa, enhancing gas monetization and exports while scaling up Niger-exports to Europe via Algeria. The pipeline will enable up to 30 billion cubic meters of natural gas to be traded yearly enhancing regional and international energy trade.

Afreximbank’s effort to create an African Energy Bank is a huge testimony of how Africa can enhance cooperation and leverage domestic solutions to optimize its oil and gas market, notes Sebastian Wagner, Executive Chair of the Germany Africa Business Forum.

"What we want to see is African financiers rallying towards supporting the rollout of TSGP. Increased oil and gas exploration, production and assets development is what will bring Africa out of energy poverty by 2030," Wagner says.

The US$13 billion TSGP project could lead to socioeconomic growth by unlocking massive investments across the energy sector. It could help create jobs in various industries including energy, petrochemicals and manufacturing whilst optimizing energy production and positioning Africa as a global energy hub.

In spite of the huge infrastructure deficit in sub-Saharan Africa and the fact that Nigeria, Niger and Algeria are among the least secured areas in the region because of various active terrorist movements, the Trans-Saharan gas pipeline is still as an opportunity to diversify gas supplies to the European Union.

This article has been read 278 times
COMMENTS