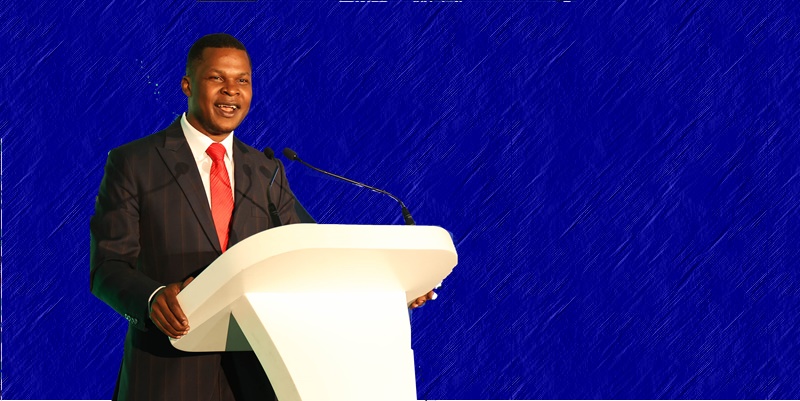 After the dramatic post-COVID slowdown in 2020-21, 2022 is turning out to be a banner year for the African oil and gas industry. The industry is set to boom in the second half of this year.

That’s the forecast presented by the forthcoming State of African Energy Q2 2022 Report, to be released by the African Energy Chamber this summer.  According to the report, increasing oil and gas activity and a record number of new discoveries have set the stage for significant industry growth in the second half of 2022.

Namibia, in fact, has led the way in new oil and gas activity this year and is emerging as an exploration hot spot. In northeast Namibia and northwest Botswana, ReconAfrica has licensed operations for the newly discovered 8.5-million-acre Kavango Basin, one of the world’s largest onshore undeveloped basins.

This is great news for our industry, which was hit especially hard by COVID and has struggled to regain momentum. The energy sector was crippled by historically low volumes in 2020 and 2021, creating an even more critical need for new exploration.

And Namibia is just one example of the new discoveries being made all over Africa. The Q2 2022 report outlines a number of new developments across the continent.

In Angola, TotalEnergies is drilling for the first time since 2018 and has executed a sale and purchase agreement with state-owned Sonangol for two blocks in the Kwanza Basin offshore. Other majors, including ExxonMobil, Chevron, BP, and Eni, are active in Angola as well.

And after long delays because of COVID, licensing rounds are planned, open, or under evaluation in more than a dozen countries including Angola, Equatorial Guinea, Ghana, Gabon, and Congo. The results are expected to be announced this year.

Higher greenfield spending is also forecast as more projects get the green light. In Kenya, for example, large investments are expected in the greenfield onshore development of Tullow’s South Lokichar basin, Turkana County. At an estimated 585 billion barrels, this is widely considered one of the last big conventional onshore projects in the world.

These discoveries and others referenced in the Chamber’s Q2 2022 report are tremendously exciting. And if we manage them properly, we can make significant progress toward our goal of a just energy transition: alleviating energy poverty, stimulating economic growth, and improving the lives of everyday Africans.

The environmental activists may be up in arms, insisting that we leave the oil and gas where it is and forsake all hydrocarbons in favor of renewable energy. Obviously, we recognize the tremendous opportunities that renewable energies represent for African nations, and we are taking decisive steps to leverage those opportunities. But there are huge challenges associated with prematurely abandoning fossil fuels. For Africa to grow and diversify its economy, build capacity, and establish its rightful place as a global energy hub, we must fully utilize our oil and gas.

This doesn’t mean ignoring renewable energy and making climate change a low priority. It doesn’t mean only using fossil fuels. Instead, it means using those resources to pave the way for universal electrification and phasing of renewables over time. It means starting with fossil fuels and looking for ways to strike a balance — creating a new template for energy transition success.

The State of African Energy Q2 2022 Report outlines an unprecedented level of new oil and gas discoveries on the African continent. Again, this is exceptionally good news, especially in the post-COVID environment — but only if we take the right action to harness the potential of these resources.

The simple, staggering fact that more than half of Sub-Saharan Africans lack access to electricity means that our priority must continue to be ending energy poverty. With Africa’s population projected to exceed two billion by 2040, our generation capacity will need to be doubled by 2030 and multiplied fivefold by 2050.

Oil and gas are Africa’s lifeblood and the foundation for our economic development. Our future depends on sustaining the longevity of our industry. And with such vast quantities of oil and gas available, we should increase our production accordingly and use those resources to benefit Africans.

Africa’s wealth of new oil discoveries is not only a chance to recover some of the devastating losses we’ve suffered in the last two years — it represents an opportunity to achieve an energy transition that benefits all Africans. It’s our responsibility to make the most of it.

According to the report, increasing oil and gas activity and a record number of new discoveries have set the stage for significant industry growth in the second half of 2022.

The article reflects the authors’ opinion only.

This article has been read 510 times
COMMENTS