Is the Beginning of the end of the Sudanese Junta Approaching? 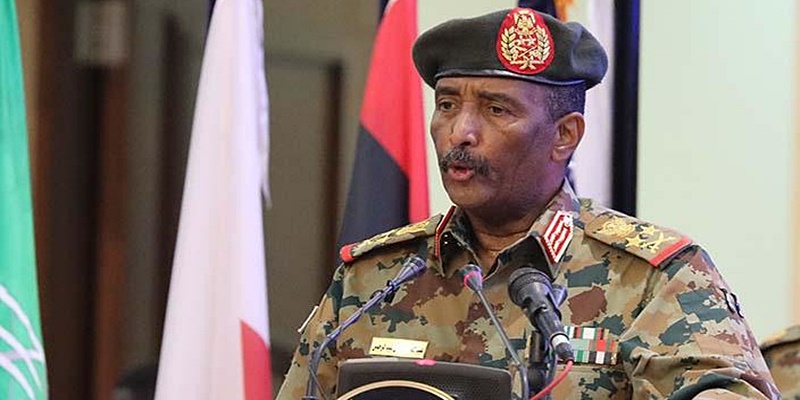 The military junta in Sudan is fraught and vulnerable after making many mistakes in its desperation to survive.  That’s why its head, Abdul Fattah Burhan said that it intends to let civilians negotiate how to run a transitional government. He knows that all Sudanese people demand for civilian rule. We all remember how the former Sudanese long-time dictator; Omar Bashir was deposed. We also know how his henchmen in Abdul Fattah Burhan and chief genocidaire of Darfur, Mohamed Hamdan Dagalo stole the people’s revolution.

If the top brass were smart, it would have used its centrality in ousting Bashir to team up with the opposition and form the government in which the military would retain the role of protecting it.

What is going on in the streets of numerous Sudanese cities speaks to the fact that the beginning of the end of this carbuncular junta is quickly approaching.

The reasons discussed below will soon necessitate the end of the junta in Sudan.

First, the global precarious economic and political situation resulting from the war in Ukraine that has exacerbated living costs globally.  If rich and stable countries have already felt the heat, what of a dependent, poor, and wobbly country like Sudan? Gulf backers are likely to abandon it at its hour of need so that it can fall as the only way of saving Sudan from becoming a failed state. I wonder why the pâtés of the junta have failed to see such an obvious reality in the first place.

Second, the truth that Bashir’s regime was unexpectedly pulled down just because of the price of bread and other necessities, which has been astronomically. The Sudanese are facing a worse situation than the one in which they were under Bashir. Can Bashir’s stooges do either differently or better than him?

Third, the resilience of Sudanese people, which is necessitated by the hardship they have endured for many years after. South Sudan whose oil used to maintain dictatorship seceded although this move became counterproductive. The current ham-fisted regime spends much money on trying to silence the voices of the people instead of channelling the money to assuage the hardships faced by the Sudanese people.

Fourth, the brutality that the regime has unleashed on demonstrators seems to have hardened them to fight even more resiliently, something that has telling effects on the future of the regime. The regime’s brutality will add to the already pent-up anger.

Fifth, the incompetence of the regime will add more peril. The heads of this regime have neither political agenda nor experience. Their agenda is to plunder the country and cling to power to avoid being arraigned by the ICC for the genocide they committed in Darfur under Bashir.

Sixth, some of Bashir’s remnants aren’t satisfied with what’s happening. Others were excluded from power, especially his party. Such a people feel vulnerable since they have nobody or vehicle to guarantee their future security underscoring the fact they committed many crimes against Sudan and Sudanese in general.

Seventh, Sudan has an organised and resilient opposition whose following is growing by days. Knowing the true colour of the junta, the opposition has refused to share the same divan with it.

Eighth, those who lost their beloved ones or suffered injuries inflicted by the military have nothing to lose except to fight even harder to see to it that the junta’s pulled down so that justice can be done for them and their beloved ones. They’d like to see the top brass behind bars like Bashir.

In sum, the Sudanese junta soon will crumble. Although it’s survived for almost a year, soon it’ll face the reality. Had its heads had the sense of reading the signs of the times, they would have pondered on leaving before being forced to do so unexpectedly.

Member of the Writers' Alliance of Newfoundland and Labrador (WANL), an expert in Terrorism and author of over 20 books among which are Africa Reunite or Perish, 'Is It Global War on Terrorism' or Global War over Terra Africana? How Africa Developed Europe.

This article has been read 354 times
COMMENTS