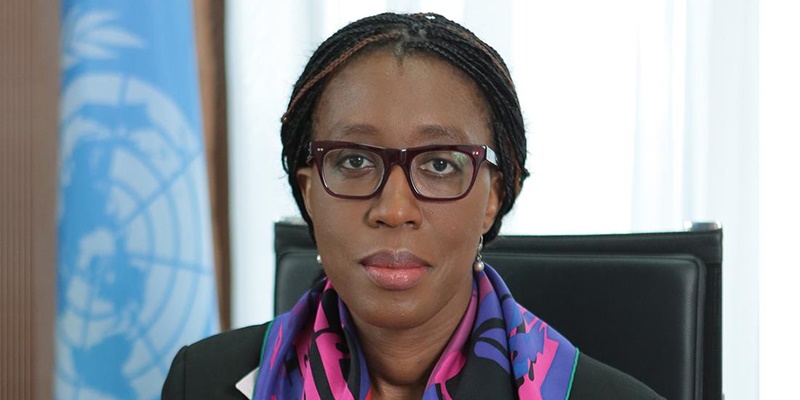 Africa’s vast economic potential is no secret. But tapping it will be possible only if major developed countries and emerging economies work together to design a more inclusive and effective global financial system that meets the continent’s liquidity and debt-sustainability needs.

For African economies that have yet to recover from the COVID-19 pandemic, Russia’s war in Ukraine could not have come at a worse time. The economic wounds of the previous crisis had been stitched up, but more time was needed for them to heal, let alone for the scars to fade. Now, commodity-price spikes and supply-chain disruptions are compounding inflationary pressures, causing currencies to depreciate and food and fuel costs to skyrocket. Since the war began, oil prices have reached their highest levels since 2008, wheat prices have soared to 14-year highs, and fertilizer prices have surged by nearly 30%.

These macro trends have high human costs. As many as 25 African countries depend on wheat imports from Russia and Ukraine. Rwanda and Tanzania import over 60% of their wheat from the two countries. That figure is nearly 70% in the Democratic Republic of the Congo and exceeds 80% in Egypt. Russia alone supplies 45% of Namibia’s wheat, and 100% of Benin’s. With grain products often accounting for a large share of local diets, the risk of hunger and undernourishment is rising fast – and not just for low-income households. But many African governments have little scope to respond to this escalating crisis. Pandemic-related uncertainty led to massive capital flight from the continent, output shrank, and countries’ debt burdens grew heavier. Over $40 billion in debt repayments were due in 2021, and debt service is expected to exceed 7% of Africa’s GDP in 2022 even before the Ukraine crisis and the US Federal Reserve’s interest-rate hikes.

As the crisis has intensified, access to international capital markets has tightened. Ghana and Tunisia are virtually shut out, and countries with greater access, such as South Africa, face onerous rates. Nigeria recently sold $1.25 billion in dollar bonds, due in 2029, with a yield of 8.375%. Africa’s current plight reflects a fundamental international failure. The continent’s integration into the global economy over the last several decades has not been accompanied by changes to the global financial system aimed at ensuring that its needs – both for growth and support in times of global crisis – are met. Such changes include accelerating the effort to reform the G20’s Common Framework for Debt Treatments and expanding it beyond the Debt Service Suspension Initiative. It also means improving African countries’ market access. While over 23 African economies have accessed the Eurobond market over the last four years – and emerging African economies do so regularly – they remain weighed down by low credit ratings, wide interest-rate spreads, and negative investment-risk perceptions. While this may take some time to correct, markets have tools with which to address the illiquidity of Africa’s bonds, thereby reducing costs for African borrowers and crowding in more financing.

Secondary markets for trading African bonds typically lack depth. With the G20’s support, however, a “repo” (repurchase) market can be created, with bonds used as collateral to access affordable loans. The G20 economies – and the international community more broadly – have pledged to help ease African countries’ debt burdens. They must deliver on this promise. But they must also begin to lay the groundwork for a real-sector recovery, underpinned by investments in energy, infrastructure, and services to support trade and job creation. African countries also need currency markets at scale. In providing financing to Africa, the international community cannot depend on instruments designed for low-income countries. After all, nearly 78% of Africa’s GDP and 75% of its population (including many of its poor) are concentrated in middle-income countries. Fast-disbursing non-program instruments at the International Monetary Fund represent another possible solution. The IMF’s proposed Resilience and Sustainability Trust is a step in the right direction. But the RST, as currently designed, has some flaws, including overly restrictive conditions for access and a focus on long-term, rather than emergency, support. Without immediate assistance, the long term will be precarious for many. As it stands, countries accessing the RST would be required to have a regular IMF program in place. To ensure that the RST helps all countries in need, this requirement should be removed. Moreover, to avoid excessive funding delays, RST disbursements should be divided into two categories: smaller loans with less conditionality that can be delivered quickly to enable countries to respond to balance-of-payment shocks, and larger loans that require countries to enter into standby arrangements. As a long-term facility, the RST would enable funding for investment in sustainable infrastructure – projects that would offer reliable returns, advance the net-zero transition, and support economic diversification. The Economic Commission for Africa estimates that investment in green projects can lead to the creation of 2.5 times more jobs than the equivalent investment in coal- or fossil-fuel-based alternatives. With Africa accounting for less than 1% of global green bond issuance, the upside potential is enormous.

Finally, the world must make the most of special drawing rights. SDRs (the IMF’s reserve asset) can become a true game-changer, easing debt pressures, spurring investment, and driving progress toward inclusive prosperity. But, as economic conditions tighten, a new allocation must be considered to help countries deal with pressing needs. In the future, automatic triggers for new SDR releases, as well as a new allocation system, are needed to deal with the current inequity in allocation. Of the $650 billion in SDRs the IMF allocated last year, only $33.6 billion went to African economies. Developed economies received $420 billion, even though the median high-income country uses only 6% of its SDRs, compared to 53% for Africa. Africa’s vast economic potential is no secret. But tapping it will be possible only if major developed countries and emerging economies work together to design a global financial system that meets Africa’s liquidity and debt-sustainability needs.

Under-Secretary-General of the United Nations and Executive Secretary of the Economic Commission for Africa.

This article has been read 645 times
COMMENTS