Why the US Must Invest More in Africa 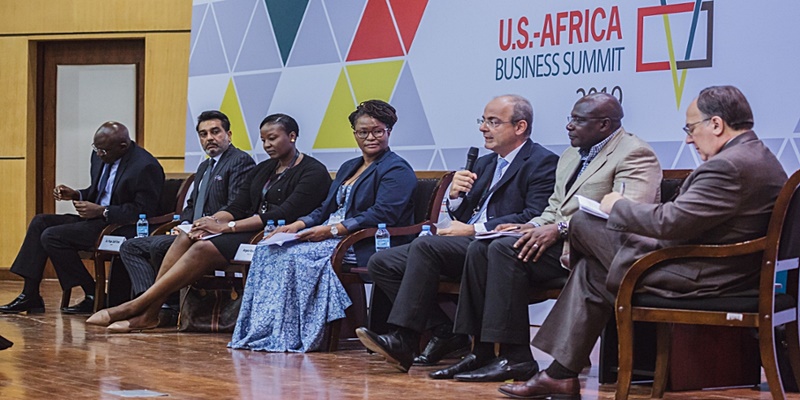 Morocco is a great example of the power of vision, dynamism and opportunities that exist in Africa. Morocco has the world’s largest concentrated solar power plant – Noor Ouarzazate – which was financed by the African Development Bank.

The OCP of Morocco is the largest producer of phosphates in the world. A walk to Morocco’s Tanger Med Port, a world-class port surrounded by industrial manufacturing parks, churns out over 350,000 Peugeot cars annually, to Europe and to the rest of Africa.

Africa is primed to be the alternative source of supply of natural gas to help secure energy supplies to Europe, following the Russian war in Ukraine that has disrupted energy supplies. Mozambique, with the support of the African Development Bank and private investors is poised to become the 3rd largest supplier of natural gas in the world, from a $24 billion investment. From Nigeria, to Ghana, Tanzania, Senegal, Morocco and Kenya, Africa now has some of the largest reserves of natural gas in the world.

The future of electric vehicles will depend on availability of lithium-ion. Africa has some of the largest lithium deposits in the world, from Democratic Republic of Congo to Namibia, Zimbabwe, and Mali, enough to make Africa competitive with China and Chile, in the race for supplying global value chains for electric cars.

Africa also holds huge opportunities in agriculture, with 65% of the remaining uncultivated arable land left to feed the world, so what Africa does with agriculture will determine the future of food in the world. And the size of the food and agriculture market in Africa will reach a whopping $1 trillion by 2030.

If these are not enough to convince you to invest in Africa, let me try further. Africa’s Continental Free Trade Area will become the largest free-trade zone in the world, with a market size of $3.3 trillion, covering 54 countries, with a population of 1.3 billion people.

Renewable energy investment opportunities are immense, including 10 TW of solar, 350 GW of hydropower, 150 GW of wind, and 15 GW of geothermal. The African Development Bank is mobilizing $20 billion for developing the Desert to Power in the Sahel, which will power the economies of 11 countries with solar and become the world’s largest solar zone.

From DRC, Morocco, Namibia and Botswana, huge opportunities exist for green hydrogen, the fuel of the future.

Africa therefore offers a very profitable investment destination. Savvy investors know that if you are not investing in Africa, you are really missing out on the world’s leading investment opportunities frontier.

And investors are paying a lot of attention to Africa. The number of private equity funds in Africa grew from only 12 in 1997 to 150 by 2020.

I am very positive about Africa’s investment opportunities, and so should you.

In the 2020 survey conducted by the African Private Equity and Venture Capital Association, about 45% of Limited Partners expect returns in Africa to outperform those of emerging markets and developed markets, over the next 10 years. 60% of limited partners indicated that they plan to increase allocations to Africa in the next three years.

I really believe that this is the time for US investors to rapidly move into and invest massively in Africa. There is always a first-mover advantage, and opportunities wait for no one.

US Foreign Direct investment to Africa in 2020 was $47.5 billion. While this is significant, there is a lot of room for expansion, as the FDI from US to Africa represents only 5.2% of US’s global foreign direct investment.

President Biden’s Build Back Better World can help a long way in tilting more US private sector investments to Africa. It is time to refresh, reengage, and re-invest in Africa. As you do, it is important to base investment decisions on Africa on facts, not fiction, or perceptions. Perception is not reality. Think of the following: In 2020, Moody’s Analytics performed a 10-year cumulative assessment of global infrastructure debt default rates, by region. It found that infrastructure loans perform worse in Eastern Europe, Latin America, and Oceania. Africa was the region with the second lowest cumulative default rate, after the Middle East. Proof once again, that infrastructure as an asset class in Africa is solid, secure, and profitable.

The African Development Bank is already working closely with several US agencies to help promote greater investments in Africa, including the Prosper Africa, Power Africa, US Development Finance Corporation, as well as the US Trade Development Agency.

This article has been read 301 times
COMMENTS