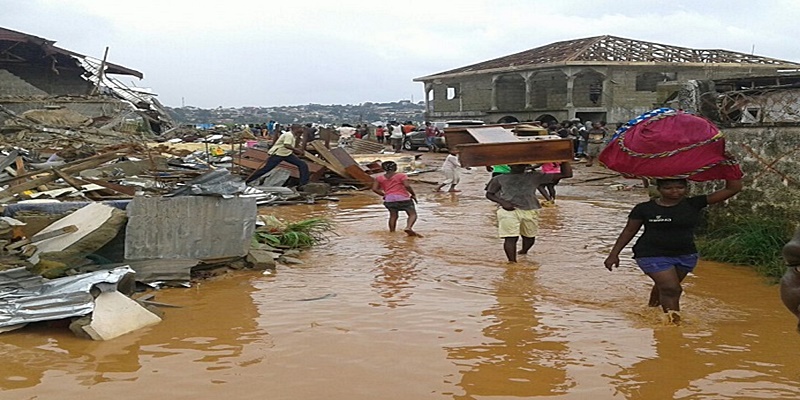 Welcome to Glasgow and to Scotland, whose most globally famous fictional son is almost certainly a man called James Bond, who generally comes to the climax of his highly lucrative films, strapped to a doomsday device, desperately trying to work out which colored wire to pull to turn it off, while a red digital clock ticks down remorselessly to a detonation that will end human life as we know it.

We are in roughly the same position…as James Bond today. Except that the tragedy is, this is not a movie. The doomsday device is real. The clock is ticking.

"Africa continues to be among the worst hit by the consequences of climate change, despite emitting the lowest levels of greenhouse gases that are driving its impacts.....Petteri Taalas, Secretary-General of the World Meteorological Organization (WMO), told Nature.  … The  (African) continent is dealing with worsening floods, more severe droughts, and rising temperatures". (SOURCE: Africa worst hit by Climate Change impacts, COP-26 told; nature.com; by  Paul Adepoju, 2021)

The Intergovernmental Panel on Climate Change [IPCC] on Monday, February 28, 2022, launched ... the Sixth Assessment Report to provide insights on... climate change. It stated that despite Africa being among the least emitter of greenhouse gas, it has been plunged into a state of drought, famine, an outbreak of pests and disease, water scarcity, and irregular rainfall patterns.

The IPCC reported that in Africa, agricultural productivity growth has been "reduced by 34% since 1961 due to climate change". Note that date - 1961. Climate Change is not a new phenomenon in the 21st century, as many Africans imagine; scientists started warning about global warming since the late 19th century.

The IPCC report warns that with   "future warming above 2° degrees Celsius above pre-industrial levels", Climate change "poses a significant threat to African marine and freshwater fisheries". If global temperatures now at 1.1 degrees Celsius above pre-industrial levels rises to 1.7° Celsius, it would result in “reduced fish harvests, and could leave 1.2–70 million people in Africa vulnerable to iron deficiencies, up to 188 million for vitamin A deficiencies, and 285 million people for vitamin B12 and omega-3 fatty acids... by mid-century".

Most people in Africa in poverty-stricken countries like Sierra Leone get their protein intakes from fish. Today, Sierra Leone has the notoriety of being the "third hungriest country in the world".  It has one of the worst global indicators on malnutrition, with some of the highest percentage of infants with stunted growth due to malnutrition. Climate Change would worsen all of these gloomy living conditions of people.

I implore political parties to stop the kind of politics that continue to entrench over 95% of the citizenry   in Sierra Leone in poverty.  The parties should focus on environmental issues, Climate Change War, and mitigating abject poverty. That could mean the APC and SLPP  competing in their political strongholds to make manure, grow energy trees, fruit trees, vegetables.

Sadly for Africa, no matter how valiantly they take actions to mitigate Climate Change, as long as the countries of the West, and India and China, don't limit their carbon emissions in ten years, Africa would not escape the predicted cataclysmic ferocity of Climate Change.

The UN Secretary-General António Guterres in his first reaction to the 2022 IPCC’s Working Group II report said: “I’ve seen many reports, but nothing like the new IPCC climate report, an atlas of human suffering and damning indictment of failed climate leadership….”

The world needs to up its game in the response to the Climate Change Emergency.  And Africa that is sure to be the worst victim of Climate Change must be in the vanguard of defusing the Climate Change Ticking Bomb - that is, if Africans can defuse the Political Tribalism Ticking Time Bombs that have put in place. Echoing Ghana's first President, Kwame Nkrumah, "Africa must unite now" - and the logic of Climate Change should be the unifier.

This article has been read 326 times
COMMENTS