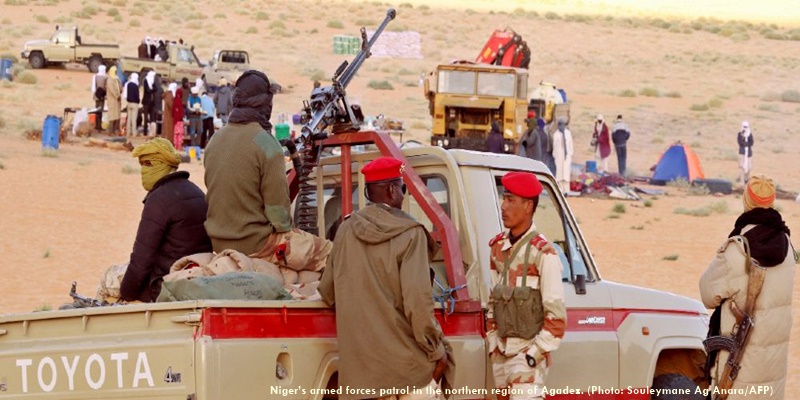 Militant Islamist violence in the Sahel is accelerating faster than in any other region in Africa. After nearly a decade of conflict, violent events in the Sahel (specifically Burkina Faso, Mali, and western Niger) are surging—with a 140-percent increase since 2020 and no signs of abatement. Militant Islamist group violence against civilians in the Sahel represents 60 percent of all such violence in Africa and is projected to increase by more than 40 percent in 2022. This uninterrupted escalation of violence has displaced more than 2.5 million people and is on pace to kill more than 8,000 individuals in 2022.

Government control over the vast rugged territory has diminished over the years, revealing an inability to sustain pressure on militant Islamist groups and to provide security for communities. Sahelian security forces have suffered heavy losses in the conflict. Militants have successfully targeted security and defense forces in their attacks throughout Mali, Burkina Faso, and Niger. Superior mobility and intelligence capabilities have allowed the militant groups to overrun static military bases, resulting in hundreds of casualties among armed forces. Military coups in Mali and Burkina Faso, moreover, have diverted precious attention and resources from the fight, allowing militants to gain momentum and expand. In 2021, a record 73 administrative districts witnessed violent events associated with militant Islamist groups, up from 35 districts in 2017.

The conflicts in the Sahel are complex and cannot be reduced to any single factor. The deteriorating security environment, nevertheless, highlights the need to reexamine and recalibrate the strategy Sahelian countries employ for their security forces to confront this growing threat. At its core, this requires recognizing that Mali, Burkina Faso, and Niger face local insurgencies (rather than isolated terrorist threats). Consequently, reshaping security forces specifically for counterinsurgency is paramount to stabilizing the Sahel. This implies several important changes with respect to military capabilities, doctrine, and force structure as well as the place of armies in the larger context of justice and law enforcement.

This article has been read 312 times
COMMENTS