Kenya Should Say No to Post-Election Violence 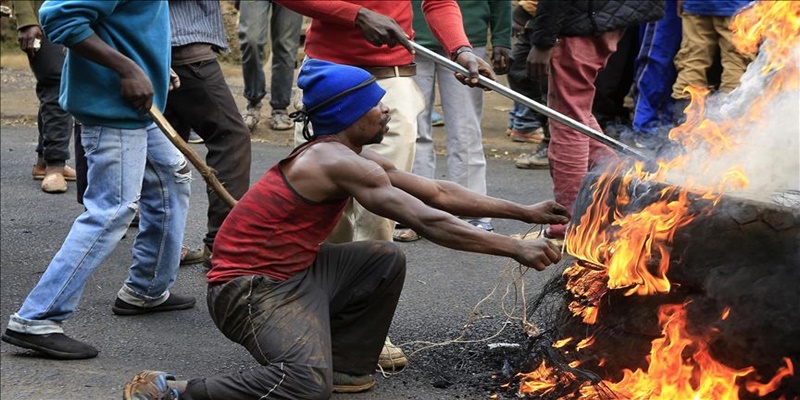 We all are aware that there is bad blood and hubbubs between and among leading contenders for the Kenyan presidency. Currently, Ruto, the staunch opponent of the handshake and Odinga, the party to the handshake that stabilised Kenya, are the major contenders whose perverse fans and followers, if they aren’t well guided and tamed, pose the danger of replicating violence that may claim many innocent lives and destroy property worth billions.

Essentially, the toxic ethnopolitics and the greed for power that some of competitors have displayed must apprise, caution and lead us to taking decisive and stern actions/measures as a nation and as a people. Who’s to address and arrest this looming danger in the first place? Kenyans are. Neighbours are. The world is. Thus, nobody should pretend that things are normal while the danger posed is ginormous so to speak. The East African Community (EAC) to which Kenya is a member should forcefully step in forthwith.

Have Kenyans and the world easily forgotten the conundrum, imbroglio, and sufferings Kenya's post-election violence occasioned to many innocuous Kenyans, who, as of now, are still in the IDP camps? Fool me once, shame on me. Fool me twice, shame on me. The saying goes. What else are we waiting as the reminder of the PEV wherein toxic ethnicity, toxic politics of ‘it is our turn to eat’ and the dangers they pose? He who’s bitten twice in the same hole must blame nobody except oneself. This can’t be Kenya that I know and aspire to see. This isn’t Kenya at all. Nunca mais. Never. Never again. Kenya’s preciously and pricelessly more important than egoïstic politicians.

We need not to be cuckolded by those who, through their megamouths, preach peace during the day and war at night. We know them by faces, names and whatnots. Let’s refuse to be turned into political guinea pigs. Prevention is better than cure. From where I sit, what’s in the offing’s more perilous than anybody can imagine, especially with the politics of desperation and opportunism some of Kenya politicians have shamelessly displayed.

There’s a famous Latin saying that si vis pacem, para bellum loosely translated, if you want peace, prepare for war. Again, what’s the type of this war? In this matter and for this matter, this war must be nonaggressive in that the authorities must thwart those behind any carnage before the bigger dangers occur. Educate the people about the dangers toxic ethnicity poses. Educate them about the role they can play either in assuaging or exacerbating the dangers. The authorities need to keep tabs on all who are now preaching hatred, made-up victimhood and mendacities.

Currently, there are two narratives to this non-existing dynasties-and-hustler-nation gambit. If you critically examine the two, one of them is a ludicrous goof. How, for example, can a multibillionaire whose riches are suspicious, lead the ‘hustler’ nation?

Kenyans deserve better. No more post-election violence. It is time for Kenyans to have conversations about answerability and amity. It is time for them to doubt and interrogate every narrative that power seekers are giving them. Instead of banking on cynicism and parochialism that revolve around toxic ethnicity and toxic politics, Kenyans need to start revisiting all causes of the past PEV before it revisits them harshly and unpreparedly once again.

Mhango is a lifetime member of the Writers' Alliance of Newfoundland and Labrador (WANL), an expert in Terrorism and author of over 20 books among which are Africa Reunite or Perish, 'Is It Global War on Terrorism' or Global War over Terra Africana? How Africa Developed Europe and contributed many chapters in scholarly works on many issues of importance on Africa with the specialisation in the deconstruction and decolonisation theories he has been working on for a while now.

This article has been read 506 times
COMMENTS