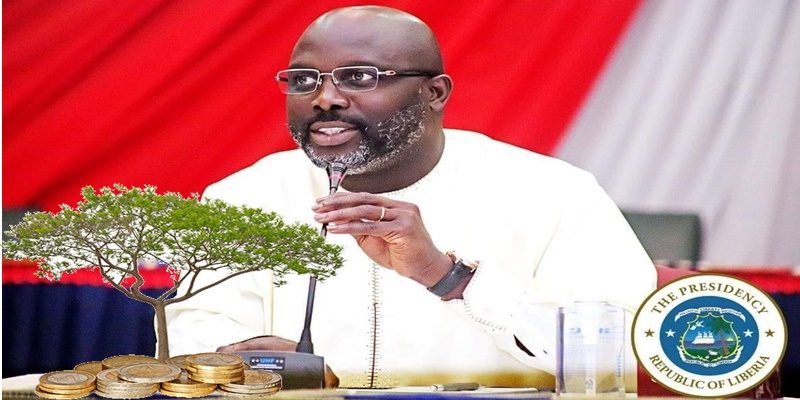 “Heads of State…from the East…of Africa will meet in Kampala, Uganda, from 27 to 29 July, 2022 to call for a more integrated approach and response to climate change, ahead of the 27th session of the UN Climate Change Conference of the Parties (COP27) that will take place in Egypt from 7-18 November, 2022 ….After four consecutive failed rainy seasons, the East… of Africa is currently experiencing the worst drought in four decades…’We have all known for years that climate change will force people to move…’, said António Vitorino, Director General of the International Organization for Migration (IOM).” (SOURCE: African Heads of State and Governments Meet in Uganda to Call for Concerted Efforts to Tackle Climate Change/ Mirage News, July 25, 2022)

Drought in that region of Africa, and the Sahel, is not a recent phenomenon. Between 1984 and 1985, international media brought (the region) to the world’s attention …The land was left without water and without a blade of grass, and the inhabitants of this vast area of four million kilometers…saw all their livestock die…It was not the first time that the Sahel had been ravaged by a drought... The first recorded drought took place in 1915… (Between) the years 1968 and 1974, grazing became impossible and the lack of water triggered a large-scale famine that led to… (In 1994, the) …the World Day to Combat Desertification and Drought, and the United Nations Convention to Combat Desertification (UNCCD) was established in 1996". (SOURCE:  The Sahel, desertification beyond drought/ We Are Water)

What does the above say? Africa’s leadership always wait for environmental and human crisis to crescendo into nasty human suffering then start begging from the white man. Let’s swing to West Africa.  On July 29, 2022, on Justice Radio 98.5 FM in Freetown, I implored the President of Sierra Leone, Retired Brigadier Maada Bio, take leadership and organize a pre-COP 27 meeting for West Africa.

Liberia’s President, George Weah, at the Conference of Parties of the United Nations (COP-26), November 1, 2021 at Glasgow, United Kingdom said:

Is Liberia not on the verge of losing being one “of the richest in terms of forest resources”?

“Just over a decade ago, Liberia’s forest sector was synonymous with crime and conflict. President Charles Taylor had looted the country’s forests to fund two civil wars, and further bloodshed across the border in Sierra Leone. Illegal logging was rife... Even after Taylor fled the country in 2003, Liberia’s forest dependent communities watched helpless as the forests fell and their livelihoods were destroyed…The shift began in 2006, when the government of President Ellen Johnson Sirleaf (later, a Nobel prize-winner) set out to break the cycle of destruction”. (SOURCE, Local Voices, Liberia, October 5, 2021).

The praise of Johnson-Sirleaf in her government’s management of Liberia’s invaluable forest resource could be undeserved; cheap propaganda.  Like President Charles Taylor before him, President Johnson-Sirleaf’s two terms in office saw increased dependence of the government on commercial logging, and turning a blind eye to illegal logging.

Can President George Weah, once the “World’s Best Footballer,” prove to be a better manager of Liberia’s rare tropical rainforest resources than former President Johnson-Sirleaf? George Weah has to learn how to dance on a diplomatic tight rope, given the context of Liberia’s history.

An article in the "COVERTACTION" magazine by Jeremy Kuzmarov on July 30, 2021, titled “How the CIA Helped to Ruin Liberia,” we are given a glimpse into what could happen to President George Weah should he dare promote a Pan-Africanist trajectory for Liberia, and to challenge the lingering United States’ hegemony in that country.

In the 1970s, Liberia’s last full-blooded Americo-Liberian president, Rev. William R. Tolbert … “took measures to undermine Firestone  (the giant US rubber company that had leased over one million acres of land in Liberia in the early 20th century for six US cents per acre to establish the largest rubber plantation in the world), and other foreign corporation’s ability to exploit Liberian natural resources, stating that ‘natural resources are being steadily depleted,’ the ‘environment is being polluted’ while ‘our people receive insufficient compensation’….”

Jeremy Kuzmarov writes that “…to try and offset this situation, Tolbert established - a month before his death - an agreement with presidents Ahmed Sékou Touré of Guinea, and Léopold Senghor of Senegal, to consolidate Africa’s natural resources into ‘commodity cartels’..." (like what OPEC did in the early 1970s).

According to Jeremy Kuzmarov, “Tolbert angered the U.S. by further denying it round-the-clock access to bunkering facilities at Liberia’s international airport and calling for African unity...”

Jeremy Kuzmarov postulates that the US’s CIA was behind the savagely-bloody coup that led to the overthrow of Tolbert, and the rise of Master-Sergeant Samuel Kanyan Doe as President of Liberia in 1980.  “The U.S.’s primary interest in Liberia was to protect its ‘national security’ facilities near Monrovia for which it paid a ridiculously low rent. These included a large diplomatic-intelligence community relay station, Voice of America (VOA) broadcast center, and Coast Guard navigation station.”

A Democrat, a ‘good guy’, Jimmy Carter, the first US president to have visited Liberia, was in office when the bloody coup to overthrow Tolbert took place. Another outwardly ‘good guy’, Joe Biden, is President of the United States today; and the US’s stance on forest resources such as Liberia possesses could have changed dramatically, at least, theoretically.

The US State Department website spells out US policy as regards “climate and environment diplomacy aspires to realize economic growth, energy security, and a healthy planet"... So, the good news is that "the Department of State works with partners to advance U.S. interests on issues such as addressing the climate crisis, combating wildlife trafficking, fostering resilience, conserving nature…”

That last bit, “conserving nature”, embraces Liberia.  The Joe Biden administration has also established an “Office of the Special Presidential Envoy on Climate Change (SPEC)” which is occupied by long-serving US Senator, and former Secretary of State, John Kerry.

How does this sync with Liberia? Liberia was founded by a private company from the United States, the “American Colonization Society”, which shipped about 12,000 Negroid African slaves in 1821, 1822... And that led to the founding of Liberia in 1847. Liberia’s national flag is almost a replica of the United States. All of Liberia’s governing elite have a sentimental attachment to the United States, and have mostly attended universities in the United States.  Largely, Liberia has not fully tapped into its ‘special friendship’ with the US, and has not fully utilized its tropical rainforest as its ‘secret foreign policy weapon.’  To do so, Liberia must ‘go Pan-African.’

At COP-26, Sierra Leone’s President Maada Bio bragged about the species wealth of his country: “Inland wetlands and forests across 4 main relief regions, about 15,000 plant species, the most diverse fish stocks along the west coast of Africa, and 761 species of mammals and birds…" To preserve these natural resources, President Bio told the world: "We have established a stand-alone Ministry of the Environment.”  I called these remarks as "hypocrisy" since the President has allowed intense commercial logging in Sierra Leone, rapidly destroying the species wealth he told the world he has in his country.

Liberia was identified by eminent environmentalist, Norman Myers, as “one of the top ten biological hotspots in the world” because of its abundance of species. Liberia is (was) one of the richest countries on earth. Alas, the civil war that erupted in Liberia on December 24, 1989, and nauseously raged for sixteen years, was one in which Liberians were shocked that their ‘elder brother,’ the United States, did not send troops to Liberia as they expected, to save them. That could have been because Liberia failed to do marketing of its tropical rainforests which should have been its principal value to the United States, like Kuwait’s petroleum resources was to the United States when their troops intervened to save it from Iraq's Saddaam Hussein’s invasion -  in Operation Desert Storm in 1991.

Biodiversity hotspots make up about 2.3 percent of Earth’s land surface, but 44 percent of the world’s plants and 35 percent of land vertebrates live in these regions. Most plants in a biodiversity hotspot are endemic, meaning they are not found anywhere else on Earth. (SOURCE: National Geographic). Those facts on the tropical rainforests need to be imaginatively packaged to capture the imagination of hundreds of millions of people in the richest nations of the world whose support we should have to secure billions of dollars for development.  The West needs the tropical rainforests. Tropical rainforest countries in Africa need to preserve and conserve these forests whilst embarking on accelerated environmentally-friendly development.

The deal is: African countries preserve their species-rich tropical rainforests whilst the West pump in the billions of dollars for Green Development. But, presidents Bio and Weah can only 'see' what I present here if they cure themselves of what I have diagnosed as about the worst disease in the African psyche: inferiority complex and a slave mentality.

This article has been read 304 times
COMMENTS