Inspired by History to Own the 21st Century 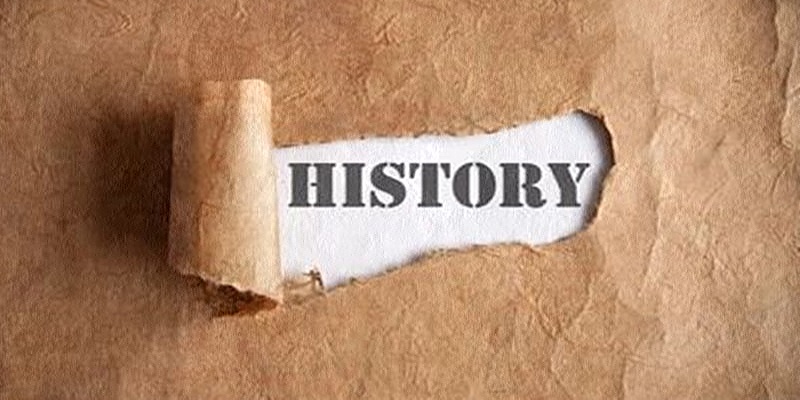 March 6th 1957, Ghana, under the Pan-Africanist leader, Dr Kwame Nkrumah, becomes the first sub-Saharan African country to gain its independence over its colonial powers- a feat that was so momentous in the decolonization of Africa, that after just 4 years, about 17 more countries across the continent followed suit and fought for their freedom.

These leaders then realised that with this new-found freedom to govern their own states, the best thing to do to propel their country forward, was not only to set agendas for the future, but to deconstruct the narratives of their past. They realized that until the narrative of Africa having no history, as proposed by the colonial leaders, was abolished, they could not gain true economic strength and power. They realised that history needed to be told for them, by them.

1964. UNESCO launches the expansion of the General History of Africa (GHA) with a view to remedy the general ignorance on Africa’s history. The challenge consisted of reconstructing Africa’s history, freeing it from racial prejudices ensuing from slave trade and colonization, and promoting an African perspective. After 35 years of constant research, rebuttal and rediscovery of their cultural heritages, more than 230 historians and other specialists successfully published a complete collection in eight volumes, richly illustrated with maps, charts, figures and diagrams- one of the greatest pieces of literary works to have come from the hands and minds of Africans. (UNESCO 2019)

And yet, despite almost 60 years of being in existence, a young Ghanaian growing up in the 21st century would know nothing about the freedom struggles of 1957, a young Kenyan would know nothing about the Mau Mau uprisings of the 1950s, a young African would know nothing of the Kingdom of Aksum that existed in the 2nd and 3rd centuries, Great Zimbabwe in the 1400’s, of the Mali Empire of the 14th century and the like. The upcoming generation of Africans would know more about Marie Antionette’s cake, the 2 world wars and the name of King Henry VII’s second wife’s former lover, than about the journalists and historians who made the pivotal decision to explore the great kingdoms of their past, and to rewrite history for themselves.

It does beg the question, as to why the French child would know more about the powerful Kingdom of Dahomey (present day of Benin) in the name of accessing the extraordinary histories from different parts of the globe, while the young Beninese loses connection with their ancestors, feeding into the narrative of Africa’s nonexistent history.

I’ll tell you why.

It is because according to the European enslavers and travellers of the nineteenth century, whose presence in Africa was justified by their ability to place Africa on the ‘path of history’, according to the slaves who were forced to assume the same, and according to the modern African that subconsciously continues to adopt a similar mentality, history begins with writing and thus, in the case of African history, with the arrival of the European. (Ogot, 2011)

It must be detrimental to the mindset of the future generations to believe that there were no powerful people before them, no feats that were achieved by people like them, no challenges that were overcome by people who shared the same darkpigmented skin as them, especially, when that is not the case. The sad truth is that Africa’s history and heritage has been buried by decades of deliberate attempts to paint the African in colours that bring him no honour or prestige (Ank0mah, 2020), such that stories of great grandeur like the cradle of mankind originating from the shores of mother Africa, and the richest man ever to have lived being birthed from an African woman, have all been repressed over the years, because they dared to promote the narrative that Africans are people deserving of respect and a seat at the table.

It must be said though, that that mentality is gradually evolving. Now, more and more upcoming journalists, musicians, and anthropologists have set their minds on retelling their heritage, because they have not only realised the injustice in the phrase ‘the dark continent with no history’, but they blatantly refuse to believe it, choosing rather to be the caretakers and investigators of their own cultural heritage.

Thus, from the inherent need to combat the widespread lack of understanding of the wars that were fought to liberate Africa from its colonisers, birthed the African Factbook. Having begun in 2016, this collaboration between the African Union (AU) and the Harare-based Institute of African Knowledge (INSTAK), aims to, much like its predecessor of 1964, present Africa in its true colours by addressing the myths that Euro-American historians and writers have crafted about Africa for centuries (Ankomah, 2016).

In a continent preoccupied with inequality, insecurity and skewed trade, where technological advances and medicinal endeavours are favoured over issues relating to historical and cultural preservation, it might be easy to lose sight of the importance of conserving your own history. But we need to treat this as a matter of urgency (The Sunday Mail, 2018). We need more people to realise that in order to progress, one must have the patience to regress. We need the uproar surrounding the return of thousands of African artefacts that had been forcefully displaced during colonial rule, to be bigger and brighter than ever. We need more African historians and journalists to embark on projects such as the African Factbook, more African governments to invest in museums and the full restitution of African artefacts, refusing to settle for ‘long term loans’, as in the case of Britain’s Victoria and Albert Museum. (Hunt, 2019)

And yes, one would say that in the past, African countries have not been very efficient in protecting the contents of their museums, with a good example being a Nigerian museum losing $200m worth of artefacts in 1994. But we cannot keep using this as a reason to withhold the stolen treasures that were acquired by looting, subjugating and even killing, justifying it as an act of benevolence on the European’s part. Frankly, the idea that only Europe can keep these artefacts safe is outdated and at the core of the colonial ideology. (Brown, 2019) So why must European institutions relinquish their ownership of African artefacts, despite the inferior state of their destination?

Africans living in Africa, Africans in the Caribbean, African Americans living across the United states of America, and those who form a greater part of the African diaspora, recognize that our past has been suppressed for far too long, and the only thing that is physically still standing has been scattered around the globe in far-flung libraries and museums, rather than right at home with us, in the hands that they belong to.

And as we, the Africans of the 21st century, continue to uncover these truths, we must also acknowledge that while we are the inhabitants of the present, learning about those in the past, we are also the history of the future. And in order to prevent history from repeating itself, we must aspire to create, document and record the strides being taken now, as we unearth those that were taken before us. We must preserve and maintain these records, ensuring that they are taught in our schools and publicized in the generations to come. For we know now, from the great lessons of our past, that until the lion learns to write his story, the story will always favour the hunter.

This article has been read 309 times
COMMENTS