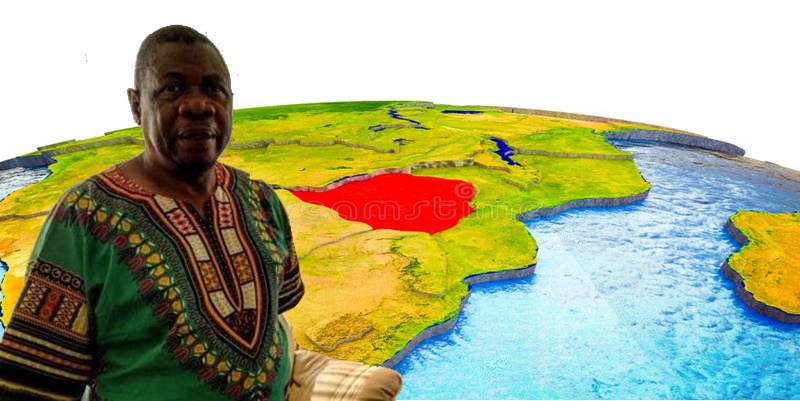 Zimbabwe, a landlocked country located in Southeast Africa, shares borders with South Africa, Botswana, Zambia and Mozambique. It is very rich in mineral resources and is the largest trading partner of South Africa on the continent of Africa. Russia maintains very friendly relations with Zimbabwe, thanks to ties which evolved during the struggle for independence. Since then, Russia has had a very strong mutual sympathy with and friendly feelings toward the southern African people, government and the country.

Brigadier General Nicholas Mike Sango, Zimbabwean ambassador to the Russian Federation, has held his position since July 2015. He previously held various high-level posts such as military adviser in Zimbabwe's Permanent Mission to the United Nations and as international instructor in the Southern African Development Community (SADC).

As Sango prepares to leave his post in August, our media executive Kestér Kenn Klomegâh conducted this exclusive interview with him to assess and gauge the current climate of relations between Russia and Zimbabwe specifically and Africa generally. The following are excerpts from the long-ranging interview.

Q: What would you say generally and concisely about Russia's policy towards Africa?

Amb. Sango: Russia's policy towards Africa has over the last few years evolved in a positive way. The watershed Russia-Africa Summit of 2019 reset Russia's Soviet-era relations with Africa. Africa understands that the transition from the Soviet Union to the present-day Russian Federation was a process and that today Russia is in a position to influence events at the global scale. Russia's institutions and organs, be they political or economic are equally in a transitional mode as they adapt to the Federal policy posture and the emerging realities of the present geo-political environment. Africa in return has responded overwhelmingly to the call by its presence in its fullness at the 2019 Sochi Summit.

Q: Are there some tasks that you have not fulfilled or accomplished as Zimbabwean Ambassador to the Russian Federation?

Amb. Sango: Zimbabwe government's engagement with the Russian Federation is historically rooted in the latter’s contribution towards Zimbabwe attaining her freedom and nationhood in 1980. Relations between the two countries have remained steadfast with collaborations at political and economic spheres hallmarked by Russia's 2014 commissioning of the Darwendale Platinum Project followed by ALROSA, the diamond giant setting its footprint in Zimbabwe.

Since the President of the Republic of Zimbabwe visited Moscow in 2019, there have been reciprocal visits by ministers and parliamentarians. In early June 2022, the Chairperson of the Federation Council visited Zimbabwe. Zimbabwe's military has participated in Army Games over the years. Further to these developments, Russia has continued to support human resource development through its government scholarship programmes as well as training other arms of government.  Zimbabwe recently hosted the Russia-Zimbabwe Intergovernmental Commission where new cooperative milestones were signed.

Zimbabwe's foreign policy is anchored on engagement and re-engagement. As Ambassador to Russian Federation, my focus as per direction of the Zimbabwean President was to promote business-to-business engagement and attract Russian investment in Zimbabwe. While the Darwendale Platinum Project and ALROSA's entry into the Zimbabwe market, we have not seen other big businesses following the two.

The volume of trade between Zimbabwe and Russia could be better. Perhaps, as an Embassy, we have either not made a strong case for importers to look in Zimbabwe's direction, or our trade and investment institutions have not fully appreciated the potential of the Russian market. The concern by Russian importers regarding the logistical cost of bringing goods from landlocked countries in the far southern hemisphere is appreciated. This, however, would not inhibit the importation of non-perishable products.

As mentioned earlier on, businesses are still in transitional mode and we hope that the emerging world order will in time persuade business to look at Africa through the lenses of vast opportunities and benefits beckoning. On the other hand, having established the Russian-Zimbabwe Business Council, it was hoped that the businesses of the two countries could speak to each other, appreciate the strengths and weaknesses as well as opportunities open. This remains work-in-progress.

Q: Have your experience and interactions changed your initial thoughts when you first arrived to this ambassadorial post in 2015?

Amb. Sango: Interestingly, my views and perceptions about Russia before and during my stay in the beautiful country have always been grounded in history and our nation's journey to nationhood, independence and sovereignty. Russia was and will always be an ally regardless of the changing temperatures and geo-political environment.

Q: What would you say about Russia's policy pitfalls in Africa? What steps would you suggest should be taken in regaining part of the Soviet-era level of engagement (this time without ideological considerations) with Africa?

Amb. Sango: Several issues could strengthen the relationship. One important direction is economic cooperation. African diplomats have consistently been persuading Russia's businesses to take advantage of the Africa Continental Free Trade Area (ACFTA) as an opportunity for Russian business to establish footprints in the continent. This view has not found favor with them and, it is hoped that over time, it will.

Russia's policy on Africa has been clearly pronounced and is consistent with Africa's position. Challenges arise from implementation of that forward-looking policy as summarized:

- The government has not pronounced incentives for business to set sights and venture into Africa. Russian businesses, in general, view Africa as too risky for their investment. They need a prompt from government.

- The Soviet Union's African legacy was assisting colonized countries attain independence. Russia as a country needs to set footprints into the continent by exporting its competitive advantages in engineering and technological advancement to bridge the gap that is retarding Africa's industrialization and development.

- There are too many initiatives by too many quasi-state institutions promoting economic cooperation with Africa saying the same things in different ways but doing nothing tangible. "Too many cooks spoil the broth."

- It is important to understand Africa's needs and desired destination. In fact, the Africa Agenda 2063 is Africa's roadmap. As such the economic cooperation agenda and initiatives must of necessity be within the parameters of the AU Agenda 2063.

Q: And finally about the emerging new world order as propagated by China and Russia?

Amb. Sango: Africa in general refused to condemn Russia for her "special military operation" in Ukraine at the United Nations General Assembly and that shook the Western Powers. The reason is very simple. Speaking as a Zimbabwean, our nation has been bullied, subjected to unilateral coercive measures that have been visited upon us and other poor countries without recourse to the international systems governing good order, human rights and due process. There is one more historical fact - Africa is no longer a colony, of any nation and refuses to be viewed as secondary states. It is for the above reasons that Africa welcomes multilateralism and the demise of hegemonism perpetuated by so called "big brothers" - be it social, cultural, ideological or economic. Africa rejects this western perception of Africa.

This article has been read 269 times
COMMENTS