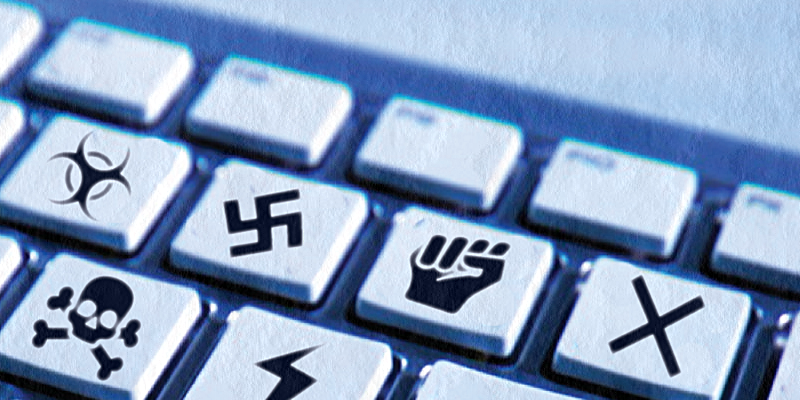 As part of the Social Media 4 Peace project funded by the European Union, UNESCO has worked with local partners to counter the proliferation of hate speech and disinformation on digital platforms ahead of the 2022 Kenyan general elections.

On 9 August 2022, over 22.1 million Kenyan voters went to the polls to elect their President, members of the Parliament and County Governors. Throughout the elections campaign, UNESCO has committed to countering online hate speech and disinformation on social media platforms through strengthening capacities of relevant local stakeholders, and increasing the knowledge and awareness about content moderation of this worrying phenomenon in Kenya. This has been part of UNESCO's project Social Media 4 Peace funded by the European Union.

In electoral contexts, social media has been lauded as an equalizer for enhancing free flow of information between candidates and prospective voters. Despite this, digital platforms have been misused to distort citizen’s decision-making process and accentuate divisions in societies. While during Kenya’s 2007 election potential, harmful speeches – including insults against opponents, threats and incitement to violence, defamatory language, propaganda and covert hate speech – circulated via emails, SMS messages, blogs, radio, TV stations, and newspapers, 2013 and 2017 had similar harmful content spread increasingly on social media.

Five years later, in spite of various efforts, online harmful content remain a key issue in Kenya, and a research report prepared and published by Article 19 in 2022 as part of UNESCO's project on Social Media 4 Peace has shown that users/citizens have learnt how to instrumentalize and weaponize social media to propagate problematic content and censor speech in several ways without detection or action by the digital platforms in Kenya.

For this reason, according to this research report ‘significant attention is yet to be paid to address problematic content and behaviour on social media platforms given their implications on peace and stability in Kenyan society’. In this regard, UNESCO partnered with various local stakeholders to implement strategic initiatives that would address and curb the proliferation of online hate speech and disinformation ahead of the 2022 Kenyan elections.

A 2017 study by GeoPoll found out that 90% out of 2,000 people surveyed from 47 counties in Kenya had seen or read false or inaccurate information during the 2017 electoral period, with social media being the dominant source. The study also found that only a third of Kenyans were able to access accurate information about the election.

To remedy this, UNESCO in partnership with the Africa Centre for People Institutions and Society (ACEPIS) and in close collaboration with META, Search for Common Ground, and The Sentinel Project mobilized over 1,200 young people across Kenya to participate in series of trainings on Media and Information Literacy. The trainings helped equip the younger generations with the requisite competencies and practical skills needed to debunk dis-information and counter hate speech online. The trainers adapted modules and toolkits developed by UNESCO such as the Media and Information Literate Citizens: Think Critically, Click Wisely to increase youth critical thinking skills and also invited representatives from prominent social media platforms such as META to engage with the participants through discussions on  their community guidelines in relation to harmful content.

Evans Macharia, founder of Vijana African Voices Initiative in Kiambu County, acquired new skills and knowledge on political affairs and learnt how to use media platforms to keep those in authority accountable during the 2022 electoral period in Kenya.

One key thing I learnt that will help me is the use of various resources to evaluate particular information by using the relevant resources available to authenticate the information that is delivered to us. - Evans Macharia, Founder of Vijana African Voice Initiative

As my country has experienced election violence in the past, how can I use social media to promote peace? I will use the knowledge and skills I have gained from the training to reach out to fellow young people to be ambassadors of peace during and after the elections period. The fact-checking skills were particularly important for me. I can now analyze facts and assess information critically, thus avoiding being a victim of sharing political propaganda that incites violence. - Fatuma Mohamed Abdullahi, Sleak Girlz

In Kenya, traditional media such as the Radio, TV and newspapers remain highly trusted sources of information. However, the competition for ‘breaking news’ sometimes leads to situations where unverified stories are shared by media professionals.

In May 2022, UNESCO supported the Media Council of Kenya (MCK) to equip over 200 media professionals on conflict-sensitive reporting ahead of elections. The workshops deepened the participants' understanding of the conflictual dynamics and empowered them with competencies and practical skills to report authentic, factual and context-appropriate messages for peacebuilding and mitigating conflicts. The beneficiaries of this workshop were drawn across the 47 counties in Kenya.

This was done in close collaboration with the Association of Media Women in Kenya, Africa Check, Daystar University, Journalists of Human Rights, Internews, Google Africa, Aga Khan University Graduate School of Media and Communications and Nation Media Group (NMG) among other partners in Kenya.

The training equipped us with the skills needed to do better journalism and to write balanced stories. We also learnt about the responsibilities we owe to our sources and to the public, the need for confidentiality in case of sensitive stories and the importance of choosing appropriate images. From now on, I will be much more careful in my work, knowing that a carelessly done story can bring harm and escalate violence. - Philemon Okongo, Participant from Nairobi, Kenya

As Kenya is a vibrant technology and innovation hub in Africa, UNESCOs project on Social Media 4 Peace has also supported the development of new digital solutions to counter online hate speech and push forward positive peace narratives. In collaboration with Pwani Teknowgalz, a girl’s led tech Hub in Kenyan coast, UNESCO supported a MobiPeace Hackathon for the development of mobile applications on peacebuilding initiatives in Kenya. This intervention attracted the participation of 50 young girls drawn from Lamu, Mombasa, Kisumu, Nakuru, Nairobi, Kilifi, Uasin Gishu, Laikipia and Marsabit counties in Kenya. Three mobile applications - namely Jihusishe (get involved), Semanasi (talk to us), and Data for Peace - were developed in Swahili, Sheng and English.

Because skills and competencies are a requisite to leverage digital technologies for the promotion of peacebuilding narratives, UNESCO partnered with Search for Common Ground to train 50 representatives of civil society organizations from 47 counties on digital advocacy and storytelling for peacebuilding.

Before we took part in the training, our social media visibility was very low since we did not have quality postings and strategies. We are now better equipped with new skills, such as how to use Canva and to develop strategies to counter hate speech and disinformation online, particularly during this electoral period. Pius Barasa, Participant from Bungoma.

Roadmap towards the creation of local coalitions for content moderation

Through listening to the experiences of conflict-affected communities in Kenya, and from the  findings of Article 19’s mapping research report on content moderation and Build Up’s research on the legal framework governing harmful content, key recommendations have emerged on the critical need to effectively counter online hate speech and promote peace narratives in digital platforms. One key recommendation is the need for creation of local coalitions on freedom of expression and content moderation to allow for consistent engagement between technology companies, government agencies, civil society organizations and academia.

Despite electoral contexts being conducive for proliferation of online hate speech, they also have provided an opportune moment for state and non-state stakeholders working on conflict issues, peacebuilding, digital rights and technology to start conversations on how to address the challenges of social media online and offline.

UNESCO’s Social Media 4 Peace project is funded by the European Union and seeks to strengthen the resilience of societies to potentially harmful content spread online, in particular hate speech inciting violence, while protecting freedom of expression and enhancing the promotion of peace through digital technologies, particularly social media.

This project is aligned with UNESCO’s overall strategy to combat disinformation by fostering the information as a public good and strengthening the transparency of the Internet ecosystem. The project will contribute to the achievement of SDG 16, to promote just, peaceful and inclusive societies and to the UN Plan of Action on Hate Speech launched by UN Secretary-General Antonio Gutierrez to combat the online disturbing groundswell of xenophobia, racism and intolerance.