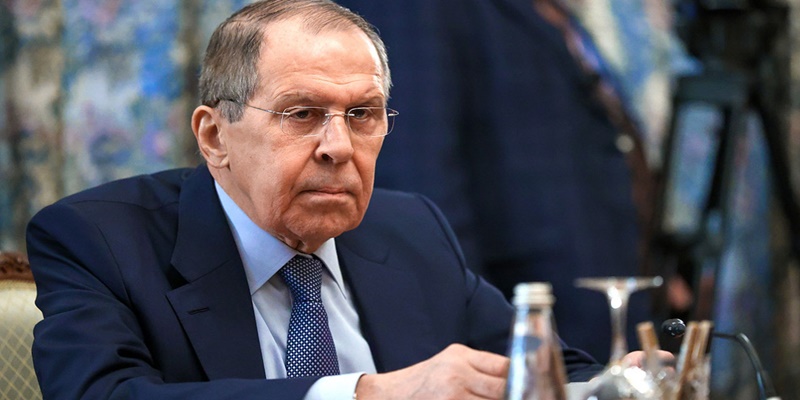 Squeezed between Western and European sanctions due to its "special military operation" in Ukraine since late February, its dilapidating effects on Africa's economy and its decades-old desire to regain part of the Soviet-era influence despite the weak economic presence and negative perceptions at the core among the public especially the youth and middle class, Russia is gearing up for the next traditional African leaders summit.

Russia will have to begin preparing for and play different attractive rhythms at the second African leaders summit in 2023 at St. Petersburg, Russia. The modest Russia-Africa economic gains are gradually eroding due to the Covid-19 pandemic these past two years and the situation is turning complicated currently due to the Russia-Ukraine crisis. The Russia-Ukraine crisis has a strong immeasurable negative impact, generating social discontent across large spectrum of the population in Africa. Therefore, African leaders will indiscriminately have to cooperate with any foreign investors willing to invest and support their development process. Across Africa, more than 282 million people are food insecure, and that number is rising, according to the estimates by the World Bank.  This latest food crisis, which did not originate in the continent, is reaching alarming dimensions especially in Africa.

Throughout Africa, the vulnerable groups of the population are displaying discontent and dissatisfaction due to the rising prices of commodities and consumables. African leaders are feverishly looking for both short-term solutions to calm down existing tensions among the people, and also long-term strategies to push sustainable development and make pace for growth.

The United States’ private investors are actively exploring the continent. American institutions and organizations are linking up with the youth, women and the civil society. After a peak in 2014, foreign direct investment (FDI) in Africa from the United States dropped to US$47.5 billion in 2020. During the pandemic, the US provided more than 50 million doses of the Covid-19 vaccine to 43 African countries. It has further given more than US$1.9 billion in Covid-related assistance, for urgent needs like emergency food and other humanitarian support.

The US Congress allocated US$3 billion every year by 2024 to finance climate adaptation projects, the largest commitment ever made by the United States to reduce the impact of climate change on those most endangered by it.

Through the Power Africa programme, the U.S. has connected more than 25 million homes and businesses across the continent to electricity, 80 percent of which is based on renewables. Development Finance Corporation supports renewable energy across Africa, including a solar project in Nigeria, wind farms in Senegal and Kenya. Nigeria marked a new chapter with the signing of a US$2.1 billion development assistance agreement that supports collaboration in the fundamentals: in health, in education, agriculture, good governance.

Four U.S. companies are collaborating with the Senegalese Government on infrastructure projects: that's the Institut Pasteur de Dakar, which is working toward Covid-19 vaccine production with American support and investment; and pushing innovation, technology and entrepreneurship with women and youth groups in Africa.  The popular partnership between the United States and Africa is YALI – the Young African Leaders Initiative.

In a media release, the U.S. Government's lead development agency, United States Agency for International Development (USAID), has renewed its partnership with many African countries. Quite recently, it offered to fund various projects, including investment in health and education, women and youth, and infrastructures in a number of African countries. For instance, in April this year, it gave assistance funding of US$1.5 billion to promote a more peaceful, prosperous and healthy Mozambique.

About two-thirds of The World Bank’s latest three-year US$93 billion global programme, delivered through the International Development Association (IDA), will support Africa's development agenda. Africa has become the prime region benefiting from IDA resources – growing more than tenfold its annual program of about US$3 billion in 2000 to well over US$30 billion currently. This support, plus growing on- the-ground presence across Africa, is enabling the implementation of the continent's ambitious development agenda.

While in Dakar, Senegal, meeting more than a dozen Heads of State from across Africa, Axel van Trotsenburg, World Bank Vice President for Latin America and the Caribbean, said "African leaders have, through the African Union process, articulated clear goals – from digitalization to electricity to education – and we are committed to helping Africa translate these ambitions into strong programmes that can, within a short period of time, improve people's lives and transform the continent."

Foreign countries including the United States, European Union, Asian, Gulf and Arab states are, indeed, at the forefront in Africa. They offer all kinds of support for investments and credit lines for infrastructure projects and development programmes.

According to the China-Africa Economic and Trade Relationship Annual Report (2021), while Covid-19 has shaken the global economy, Chinese investment in Africa has been climbing. China invested US$2.96 billion in Africa in 2020, up 9.5% from 2019.  The turnover of Chinese enterprises' contracted projects in Africa amounted to US$383.3 billion in 2020, that is a 16.7% drop from 2019.

The economic significance of Eurasian Union for Africa's development here need not be over-discussed. Members of the European Union such as Britain, France, Germany and The Netherlands are playing visible roles in Africa. The European Union, as a substantial economic power bloc, has long-term working relations with African Union.

With its new Global Gateway Strategy, the EU is demonstrating the readiness to support massive infrastructural investment in Africa. It also seeks to unlock new business and investment opportunities, including in the areas of manufacturing and agro processing as well as regional and continental value chains development. In a document entitled "Toward a Comprehensive Strategy with Africa" – the document sets forth the template of what the EU plans to do with Africa.

Valdis Dombrovskis, Executive Vice-President and Commissioner at the EU Secretariat pointed out that "In this new approach towards Africa, we can build a modern, sustainable and mutually rewarding partnership of equals. Of course, there will be challenges along the way but the EU stands ready to help. We want to share the lessons from our own process of economic integration, and with our new Global Gateway Strategy. We have demonstrated that we are ready to support massive infrastructural investment in Africa."

That said, African leaders are exploring available possibilities and windows that have been opened after the last EU-Africa summit. The European Union has unveiled €300 billion (US$340 billion) alternative to China's Belt and Road initiative - an investment programme the bloc claims will create links, not dependencies.

There great rivalry and keen competition among key global players now. Africa is now described as the last investment frontier due to the current transformations taking place there. During the 35th Assembly of the Heads of State and Government of the AU in Addis Ababa in February, António Guterres argued that Africa was "a source of hope" for the world.

Russia, on the other hand, seems ultra-hesitant to engage with Africa. Russia's investment in economic sectors is still staggering. In March, during the heat of Russia-Ukraine crisis, the United States and European Union supported Africa through the African Development Bank (AfDB), when the bank sought more than US$50 billion for curated bankable projects in key priority sectors identified in the Africa Investment Forum's 2020 Unified Response to Covid-19 initiative.

In November 2021, a report prepared by 25 Russian policy experts, titled 'Situation Analytical Report' explicitly noted that many external countries are using diplomacy in all ways to support their efforts in Africa. It criticized the inconsistency of Russia's current policy towards Africa. Russia's foreign policy strategy regarding Africa needs to spell out and incorporate the development needs of African countries.

While the number of high-level meetings has increased, the share of substantive issues on the agenda remains small. There are little definitive results from such high-level meetings. Many bilateral agreements largely remain not implemented, and many pledges undelivered. It pointed to lack of coordination among various state and para-state institutions working with Africa. According to the report, Russia has to intensify and redefine its parameters as it has now transcended to the fifth stage in its relationship with Africa.

The report lists insufficient and disorganized Russian-African lobbying, combined with the lack of "information hygiene" at all levels of public speaking. Clearly, there has been little approach, in terms of government and institutional public relations, in Russia's foreign policy in Africa. After thirty years, most of its institutions connecting with Africa are still in transitional mode.

While Russia's Foreign Minister Sergey Lavrov and his Deputy Mikhail Bogdanov, most often show their crosshair of consistent criticism for Western and European dominance and investment in Africa, they have to, in practical terms, show their latest policy achievements in various sectors for the past two decades in Africa.

Russia most probably needs to design a communication strategy ahead of the 2023 summit, that will win the hearts of African leaders. As already promised, Minister of Foreign Affairs of the Russian Federation, Sergey Lavrov, indicated in a mid-June message that "in these difficult and crucial times, strategic partnership with Africa has become a priority of Russia's foreign policy. The signed agreements and the results will be consolidated at the forthcoming second Russia-Africa summit."

This article has been read 461 times
COMMENTS