Ruto Win: What Kenya Did Was Kenyan but Not ‘UnAfrican’ 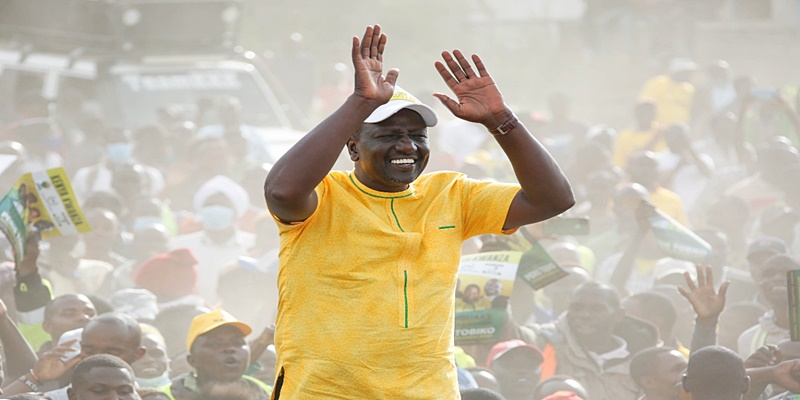 The pronouncement of William Ruto, Kenyan President-Elect, speaks volumes. In this analysis, I’ll shine light on what we need to interrogate, not for the aim of disputing the decision that Kenyans made recently, but putting the record straight.

Before I delve into what I’m to aver, I must make some clarifications. I’ll do so by asking a few questions to help my readership to decide if what Kenya recently did is ‘unAfrican’ or just Kenyan.

Considering the imbroglio that hasn’t been addressed and resolved yet, are the results that the Electoral and Boundaries Commission (IEBC) announced recently legally binding? Do they hold water considering that four out of the seven electoral commissioners openly distanced themselves from the results? Why did the IEBC chair, Wafula Chebukati, override the four commissioners?  Why did he hurry to announce the results? Do we need to listen to the commissioners and the Azimio to know why this occurred so that we can know more before passing an informed judgment? There are more questions than answers.

The other day I read an article by Charles Onyango-Obbo (East African, 14 August, 2022) saying that Kenya did something ‘unAfrican’ to mean electoral transparency as if it totally were. I see nothing new here if I remind myself and refer to what’s been transpiring in Botswana since 1966 or what transpired in Malawi and Zambia since 1992. I feel bad when some of our people become their own enemies and portray Africa including themselves as an inferior society that’s to be tutored by the West on everything. I don’t want to say such characters are bought. My understanding is that the problem is ignorance if not coloniality or personal inferiority complex. Such people must underline the fact that pre-colonial Africa was democratic and peaceful. That’s why history has never recorded any war of any magnitude compared to Europe’s WWI and WWII or genocide in Australia and the Americas.

Secondly, when COO, as he’s known for those who have worked with him for a long time, asserts that Kenya did something ‘unAfrican’, he doesn’t define what African and what ‘unAfrican’ mean. COO writes “what happened in Kenya was different and new in that it went over the top, and weaponised electoral openness, at a time when Africa is facing a democracy crisis.” Seriously? Let me play the devil’s advocate.  Can you compare the slapdash conclusion of recent Kenyan elections with those of Malawi and Zambia since the introduction of multipartyism? Is it because some people like to see everything by replicating what’s happening in their countries without even thinking rationally based on history?  What type of openness is this if four commissioners out of seven can boycott the results issued by their own commissioner? What does openness imply and mean when competitors refuse to concede?

Kenya’s elections would have contributed something to Africa’s democracy had it not ended the way it did. I hate generalization. It is wrong to ignore the examples above of the countries whose elections have always been credible and peaceable. If COO is talking about a warring country as a replica of Africa, which also is wrong, maybe he might have a point, though a weak one.

Stating generally that Kenya has become a harbinger of electoral openness is an understatement if we remind ourselves about what Botswana’s been doing since gaining independence or what Malawi and Zambia have perfected. Those who know the history of Kenya’s chaotic elections and rigging allegations will agree with me that the problem always is not how voters vote but how results are received and reached at. That’s that.

If I can be honest to myself, Kenya did what it’s been good at, doing things in a Kenyan way, which means that its transition to democracy is still premature. How can we take a pride on such a thing while some of the participants view it as a sham or something abnormal?

Another thing that I’d like us to consider are the CVs of the competitors. As I’m writing, nobody knows if the President-Elect with his Deputy President will be sworn in. This is because there’s a sub judice issue on the legality of Rigathe Gachagua’s fitness to hold public office after being convicted of a criminal offence. What does this say? Kenya might have a very progressive constitution. However, it is a paternalistic system. If we clinically view the CVs of the contenders, especially the frontrunners, who are ethical?

Practically, electors choose the leaders that look like them. If they’re corrupt, they’ll elect corrupt people. If they’re clean, they’ll elect uncontaminated leaders. I’m not a judge on this matter. I remember. When I was in Kenya, I would hear some Kenyans say that ‘it is our turn to eat.’ They would exonerate a thief and say proudly, “even if he’s a thief, he’s our thief.”

Democracy also revolves around ethics.  If democracy is a heaven, those entering it must be ethically clean and trustworthy. They must be like the wife of Caesar who, when was accused of wrongdoing, her husband told her that he knew she was clean. However, being the wife of Caesar, she’d to be beyond any reproach. Therefore, what Kenya did isn’t ‘unAfrican’ but Kenyan.