No Apology to Africans 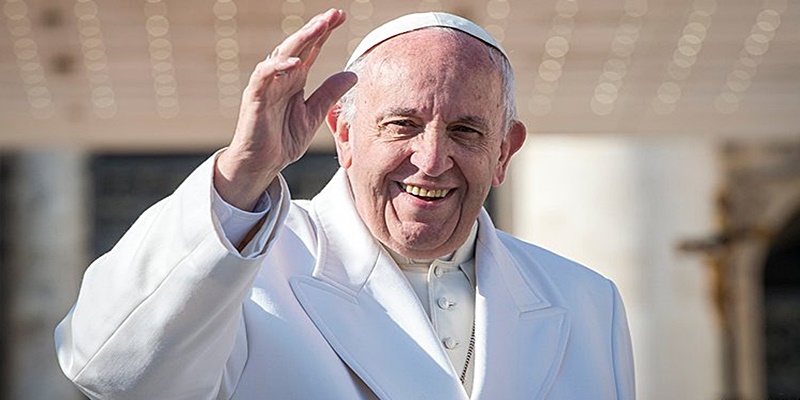 AUGUST is the month when the nation pauses to remember the sacrifice of their heroes.

Families take time to tend the graves of those who have gone before them. Interestingly, many families are divided as some believe that it is a sin, according to the Christian doctrine, to celebrate the dead or conduct their memorials.

This is the legacy of Christianity in Zimbabwe.

It is a nation divided.

From as early as 2015, Pope Francis has been going around ‘apologising’ to natives/indigenous people in South America and the ‘first nations’ for the ‘grave sins’ committed by the Church in service of colonialism.

Recently, the Pope was seen in the media, wheelchair-bound and wheeled around the ‘first world’ apologising to the natives for the many sins of colonisation, chief among them being the sin of cultural genocide.

Article 7 of a 1994 draft of the United Nations Declaration on the Rights of Indigenous Peoples (DRIP) uses the phrase ‘cultural genocide’ but does not define what it means.

The drafts reads: “Indigenous peoples have the collective and individual right not to be subjected to ethnocide and cultural genocide, including prevention of and redress for:

(a) Any action which has the aim or effect of depriving them of their integrity as distinct peoples, or of their cultural values or ethnic identities;

(b) Any action which has the aim or effect of dispossessing them of their lands, territories or resources;

(c) Any form of population transfer which has the aim or effect of violating or undermining any of their rights;

(d) Any form of assimilation or integration by other cultures or ways of life imposed on them by legislative, administrative or other measures;

(e) Any form of propaganda directed against them.”

When one googles the definition of ‘cultural genocide’, there is no mention of Africa but Oceania, Europe, Asia and North American examples.

It is, therefore, not surprising that Pope Francis recently cancelled his trip to Africa citing health reasons, where he was meant to visit Congo and South Sudan — not to ‘apologise’ but for an ecumenical pilgrimage of peace.

In Africa, the Pope wanted to meet leaders from different groups in the two countries to foster and promote Christian unity.

This means there will be ‘no apology’ for Africa.

The Pope has been ‘apologising’ to the indigenious children in the ‘first nations’ who were forcibly taken from their homes for indoctrination at mission posts where they were physically and sexually assaulted.

Many died mostly through suicide.

In Zimbabwe, a Catholic priest, Father Hartmann, was the chaplain of the Pioneer Column.

In other words, the Catholic Church catered for the spiritual needs of the military force that occupied the country.

And for that contribution and service, the homosexual Cecil John Rhodes rewarded the Catholic Church with 15 000 acres of land at Chishawasha, a short distance outside Salisbury (Harare).

It was from Chishawasha that Father Hartmann would write before the outbreak of the uprising in 1895: “The Mashonas have hardly any idea of a supreme being.

They are held together by nothing except the unity of their language,” reinforcing the ‘niggers having no soul’ myth.

After the outbreak of the First Chimurenga in 1896, another Catholic priest, Father Biehler, would suggest the final solution to the Mashona problem.

He wrote from Chishawasha to Lord Earl Grey, the Administrator of Rhodesia: “The only chance for the future of the race (blacks) is to exterminate the whole people, both male and female, over the age of 14!”

Forty years later, in Nazi Germany during the Second World War, Adolf Hitler would propose the same final solution to resolve what he termed ‘the Jewish question’.

Today, Chishawasha venerates father Biehler as a man of high standing, ignoring historical records where his own handwriting indicts him as a genocidal priest.

In the 1920s, the British would implement exactly the same policy to resolve the questions of the indigenous Aborigines.

They snatched the children away from their parents and dumped the parents in protected villages to waste away and die while they assimilated their children into their society.

After the capture of the nation’s spirit mediums Nehanda and Kaguvi in 1898, both mediums resisted the Christian baptism and, according to historian Terrence Ranger, Father Richartz, the resident priest at Chishawasha at that time, went and took Dziripi to persuade her father to accept baptism.

There are two possibilities to Kaguvi’s eventual baptism;

Dziripi convinced her father in a way only a daughter can.

Knowing what we know now about these mission posts, it is possible Dziripi knew the terrible consequences for her should she have failed to successfully convince her father. She may have mentioned this to her father, leading to his resigned consent.

He heard the silence afterwards and thought he could buy time; after all, wasn’t the Christian god said to be merciful.

It is possible that he assumed that if he accepted the Christian saviour, he too would be saved from the gallows.

As he recited the salvation rites, he must have assumed that the whiteman’s god would bring his salvation.

He accepted Jesus as his saviour and was named Dismas, the good thief and soon after he was hanged.

Their crime, to fight for what was rightfully theirs, was unforgivable.

As the nation celebrates its heroes this month, there is a painful reminder that there will be no apology, no compensation — unless one considers the begrudging on-going talks about the possibility of returning the skulls of our heroes, which is, in itself, evidence of the crime.

An apology or acknowledgement to Africa will render the land reform a justifiable cause which would criminalise its beneficiaries and those who sanctioned Zimbabwe.

It would mean that the descendants of those robbed of cattle and land, raped, maimed and murdered must instead be compensated and not compensate the offspring of the perpetrators billions because they later reclaimed what was appropriated and improved.

This is the standard procedure of how whites deal with black people — just as there was no compensation for the slaves but for the slave owners, there will be apology for Africa.