If India Quits The US Alliance, Africa Will Be in The Departure Lounge 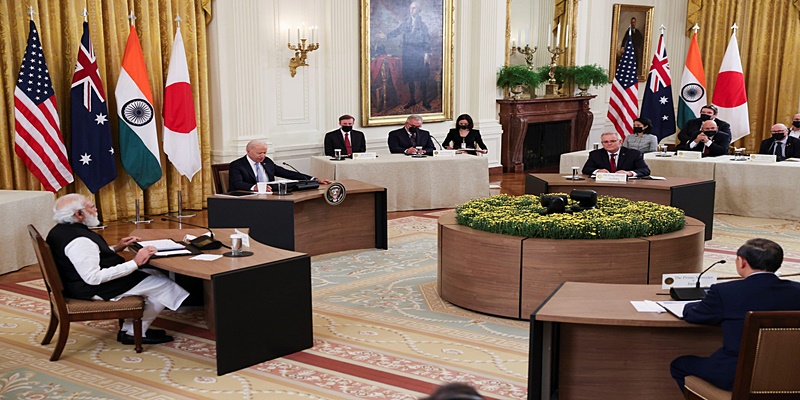 2022 seems to be a remarkable year for the big changes made by the war in Ukraine, and it will not end without a new political map for the world. There will be new losers and new winners.
Although the United States continues to err in international politics, it has “safety brakes” to protect the country from big falls. The brakes I’m referring to are well represented by inter-agency groups and task forces, as well as some powerful bipartisan think tanks and organizations.

It is hoped that these groups will reconsider US decisions regarding relations with India and Africa. Otherwise, the US will lose India and then Africa will follow. As the result, doors will be wide open to China. However, the United States is now taking one step forward and two steps back. On the other hand, America’s allies are complaining even more than US enemies. It’s perfectly normal to hear an ambassador or minister of an African country very close to US foreign policy saying, “We really don’t know what the US wants from us!”

What is truly surprising and incomprehensible about America’s stance on the Ukraine crisis is America’s indifference to losing the Asian giant India. Even completely unexpected, the position came after Washington brought the QUAD coalition including “Australia, India, Japan, and the United States” under its leadership to counter Chinese influence. How could America lose India and combat China at the same time!

Surprisingly, India was forced to break the US embargo on Russia as Washington failed to provide alternatives and solutions for countries affected by the blockade. Africa, on the other hand, is suffering from the wheat crisis economically, but the US wants to impose sanctions on OPEC and oil exporters through Congress because fuel prices are high for US citizens, but don’t care what’s going on in Africa or India interests.

There are more contradictions. The most important turning point in the process came when the USIP, one of Washington’s leading think tanks, succeeded in developing a very important conflict prevention strategy through a bipartisan “Republican-Democrat” working group.

The new strategy was initially designed for the benefit of fragile states that could be caught in a cycle of conflict and violent extremism, they will become a vulnerable place for terrorism and public unrest, and then ready for Russian and Chinese expansion, this is actually happening now in Africa. The strategy is based on the Global Fragility Act, which Congress passed bipartisanly.

I wrote an article with the title “5 positive points and 5 questions on the U.S. strategy to prevent conflict and promote stability”. Unfortunately, following the introduction of this strategy, Washington has assumed new positions that give China and Russia more power. It is this attitude that has led to tensions between Washington and New Delhi, and the same will happen in Africa and the rest of the world.

The U.S. policy on the war in Ukraine does not distinguish between countries affected by conflict, violent extremism, or any priorities related to the newly launched prevention strategy.

India has always been Africa’s best partner, it has good links between the continent and the western world, and can offer Africa an alternative to China, especially in medium and big industries and the development of industrial zones. As well as agricultural engineering, irrigation, and energy. In the sectors of health and medicines, it is much better and more advanced than in China.

This was expected to happen and flourish after the QUAD Alliance, especially after the economic boom in India. Unfortunately, instead of moving forward with the alliance from security to economic cooperation, Washington is acting against the QUAD itself.

Now I say again this advice to Washington elites, if India quits the alliance with the USA, then Africa is in the departure lounge and it will be very difficult for further efforts to stop this regional and international disturbance.

A press writer on African affairs and former diplomat in Washington DC.

This article has been read 462 times
COMMENTS