Voting Should Be Made Compulsory in Kenya 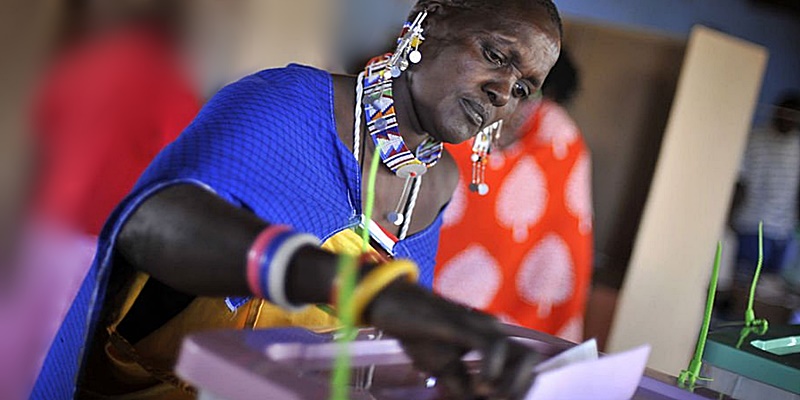 Once again Kenya is on the grip of a post-election quandary, after Kenyans concluded voting in the August 9 General Elections. In focus are the Presidential election results decreed by IEBC that were challenged by Azimio la Umoja One Kenya Alliance leadership.

That aside, will Kenyans still participate in the future democratic elections with zest or not and, if, why?

By voting, you support a leader who will represent your views in Parliament and influence the policy issues you care about. Like right now, the issues are innumerable. People want the high cost of living reduced, high energy tariffs reduced, debt ceiling capped, interest rates lowered, prices of oil, or basic commodities reduced, among others.

It has left the country polarized, because there are those who are for or against the outcome of the general elections results.

People want someone who produces tangible results. Someone who ensures that their tax payments do not go to waste. This echoes why millions of young people, women, and minority groups or marginalized groups or Communities all fight hard for their right to vote.

Currently, a total of 22,152,144 voters are registered in Kenya as of 2022, and these are the people who vote for their preferred political leaders. Rift Valley and Central regions have the highest numbers of registered voters followed by Nyanza, Eastern and Nairobi respectively.

The question that begs answers is why only 22,152,144 million people make decisions on how the country ought to be governed. With a population of over 47.6 million people as per the 2019 Housing population census, Kenya is today, the 29th most populous country. These demographics have not yielded the much expected representative democracy. What we have witnessed for eons, is a state where the minority exercise their democratic rights without fear of recrimination from the majority.

An election provides the chance to speak out on how the country is being run. This is why, it should be made compulsory. Isn't it possible for Kenya to emulate other countries in Africa and/or the West which have made voting mandatory? This argument is informed by the skewed statistics of voters eligible to participate in the elections where some do not even bother to vote.

The Kenyan law allows all citizens aged 18 and above to register to vote voluntarily. Voting is a civic duty of every citizen in a democratic country. It is believing that one’s vote does count. If you do not vote, other people will make the decisions for you.

In the just concluded general elections, IEBC is on record saying that only about 14 million people of the registered 22 million voters voted in 2022. This percentage is, albeit, insignificant in as far as the entire subset of the country’s aggregate population is factored.

What led to voter apathy in the latest general election? Where were the close to 8 million people who did not vote?

Our voting fraction does not make an iota of sense in a country with 46 million plus people. It means, the much hyped democracy is not yet real. If democracy refers to the rule by the people, then it defies logic that the very people shy from a democratic process in which they are supposed to decide how they ought to be governed.

Democracy is a system of government by the whole population or all the eligible members of a state via elected representatives. How legitimate is an electoral process where only few people participate? Why should minorities dictate the silent majority?

This is the fundamental question that pricks my conscience and makes me ask why the state can’t amend its laws to make voting compulsory. Some people may claim that such a move is an affront to democracy and their individual liberties, yet if adopted, it would help to progress democracy.

Kenya, should borrow leaf from some of the 22 countries across the globe that have made voting a compulsory phenomenon.

The more a majority of people vote, the more representative the government will be. In scientific research parlance, the bigger one's sample, the more accurate the results would be. Having many people as possible participating in the voting process would increase legitimacy and their confidence in democracy and governance.

Take a look at Belgium in Europe. Everyone above the age of 18 is mandated to vote. South America’s Argentina has minor exceptions based on age. All citizens aged 18 to 70 face compulsory voting but one is not enforced if you’re over 70 years of age or aged between 16 and 18. Only those who are elderly also known as the gerons, aged 70 and above can decline voting after formally informing administration before the event.

In Brazil, citizens aged 18 to 70 who can read and write must vote but if you are between 16 and 17, and over 70, it is not forced. In Ecuador, citizens aged 18 to 35 are mandated to vote, except for those who are illiterate. Other Nations include Egypt, Gabon, and in Libya among others. In Australia, they have made it clear in their laws. Voting is compulsory. In fact, voting is a legal requirement and failure to do so comes with a penalty. Fines range from 20 Australian dollars for missing a federal election, up to 79 Australian dollars for skipping a state poll.  Voters, however, are allowed to appeal a fine and explain why they failed to participate.

In Kenya, we have given the majority the freedom to shy away from the ballot but make the loudest noise in social media criticizing the voters. Yet it is the voters who fight for their democratic tenets or ideals that they enjoy every election cycle. No, it’s biased.

I think time is up or ripe for Kenya to amend its laws to allow for compulsory voting and introduce even penalties or fines. This will help us raise more revenue from the culprits and use the fines to grow our economy. If you don’t vote, you provide a valid and sufficient reason for failing to vote, or pay a proposed penalty within the prescribed time, or face the law.

It takes two to tango. Let everyone be enforced to vote each general election cycle or pay the penalty so that it’s a win-win poll matrix for all.

The Writer is a Senior Journalist based in Western Kenya and a consulting Editor. kepher43@gmail.com

This article has been read 381 times
COMMENTS