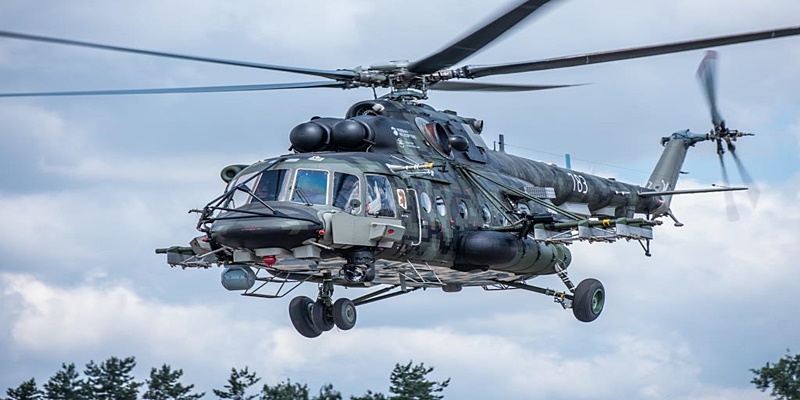 Besides that, Central African Republic (CAR) and Republic of Mali have also become its favourite partners after signing bilateral agreements on military-technical cooperation. Inside Africa, many French-speaking countries' relations have recently become strained with France due to multiple factors including a rift between Russia and France. There are several indications that Russia has embarked on fighting neocolonial tendencies in Africa.

Russia has been keen to offer military support, including through selling advanced weapons and military technology to countries it considers allies in Africa, and further in Asia and Latin America. During this year's Army Games held in Kubinka, which is located approximately 280 km outskirts of Moscow, the Russian Defence Ministry's officials held separate talks with a number participating African countries on strengthening their defence capabilities as part of military-technical cooperation.

During the Cold War, the Soviet Union provided military equipment and weaponry to a number of African governments such as Angola, Ethiopia and Mozambique. But, now ideology is not a significant factor, the primary aim now for Russian business is to regain a competitive edge in the global arms trade and the market. It's simply business and nothing more, and Russia is using this military diplomacy in order to gain stature and influence in Africa.

According to sources, about ten African countries including Algeria, Congo, Egypt, Nigeria, Sudan and Zimbabwe took part in the Army Games. The Republic of Mali and the Central African Republic, where several hundreds of military instructors from Russia's private military firm Wagner Group were posted, participated the Army Games.

Brigadier General Mike Nicholas Sango, Zimbabwean ambassador to the Russian Federation, told me during discussions that "Russia's policy towards Zimbabwe has over the last few years evolved in a positive way. Zimbabwe government's engagement with the Russian Federation is historically rooted in new state's contribution towards Zimbabwe attaining her freedom and nationhood in 1980."

According to him, the President of the Republic of Zimbabwe, Emmerson Dambudzo Mnangagwa, visited Moscow in 2019. Since then, there have been reciprocal visits by ministers and parliamentarians. In early June 2022, the Chairperson of the Federal Council, Valentina Matviyenko, visited Zimbabwe. Zimbabwe's military have participated in Army Games over the years and in the mid-August 2022 Army Games.

It further said that Russia is committed to further cooperation with Sudan in strengthening security in Africa. The sides exchanged views on the development of Russian-Sudanese military and military-technical cooperation. The Sudanese minister reiterated the commitment of the top leadership of the Republic of the Sudan to developing cooperation with the Russian Federation in the military field. "We highly appreciate the role of the Russian Federation in maintaining peace and security in the world," Yassin Ibrahim said.

Russia would also help strengthen the army and enhance the effectiveness of its struggle against illegal armed groups in the French-speaking Republic of Mali in West Africa. As expected, Fomin noted during separate talks with Mali's Minister of Defense and Veterans Affairs, Colonel Sadio Camara the importance of Russian-Malian cooperation and confirmed the Russian Defense Ministry's readiness to continue the constructive dialogue within the framework of the agreement signed on military-technical cooperation.

In addition to above, Russia has been partnering with Algeria and hopes to step up arms sales to the North African country, Russia's armed forces chief of staff told his visiting Algerian counterpart at the Army Games. "We pledge to inject new energy into our bilateral relations in the areas of military and technical cooperation," General Yuri Baluyevsky told Algeria's General Salah Gaid, according to local news agencies.

Gaid, a Russian speaker who was educated in the Soviet Union, was hosted by the management of Rosoboronexport, the company that oversees most of Russia's arms exports, as well as business leaders from the armament sector. In addition to the $1,5-billion purchase of 50 Russian MiG 29 aircraft, currently under negotiation, the two countries could shortly sign arms contracts worth about $500-million, Interfax news agency quoted a defence ministry source as saying.

The source said oil-rich Algeria, which currently accounts for three percent of Russian arms exports, is considering acquiring fighter jets, ships and ground weapons. Algeria, which had strong ties with the former Soviet Union, has continued to purchase arms from Russia after the fall of communism in 1991. Recent contracts between the two countries covered the sale of 22 Su-24 Fencer aircraft, Kh-35 anti-ship cruise missiles, transport helicopters and maintenance services for coastguard ships, according to Interfax.

President Vladimir Putin explained that Russia is ready to distribute advanced weaponry across the globe, particularly in Africa, Asia and Latin America. "Russia sincerely cherishes the historical strong, friendly, truly trusting ties with the states of Latin America, Asia, and Africa and is ready to offer its partners and allies the most modern types of weapons," Putin said at the opening of the Army-2022 International Military and Technical forum outside Moscow.

"From small arms to armored vehicles and artillery, combat aircrafts and unmanned aerial vehicles," Putin said and added that "almost all" of the weapons he is willing to sell across the globe have been used more than once in combat and claimed that the Russian-made products are superior to those made by his foreign rivals.

"Many of them are years, or maybe decades ahead of their foreign counterparts, and in terms of tactical and technical characteristics they are significantly superior to them," Putin reiterated. His speech is available at the Kremlin website.

Russia ranks second only to the United States with arms sales of around $15 billion a year, nearly a fifth of the global export market. From 2017-2021, 73% of those sales went to just four countries - India, China, Egypt and Algeria - according to the Stockholm International Peace Research Institute.

The documents signed at the games cover a wide range of issues, including supplies and maintenance of modern ground military equipment, drones, radio-electronic and melee weapons. Several financial arrangements were also made to ensure financing of developments and production of modern military equipment samples. The orders from countries in Asia and Africa, and the CIS became part of Rostec's portfolio of orders.

"Over these years Russia has highly prioritized the military sphere in Africa. It shows clearly Russia's weak business engagement with Africa. Until now, we can't point to completed Russian infrastructure projects in Africa. There are many investment areas. What is important these days is Russia has to go beyond just selling arms to Africa! Still, Russia has the chance to transfer its technology to agriculture and industries in Africa," Shaabani said in the interview discussion.

Our monitoring and research show that African countries are interested in military-technical cooperation. That military technical partnership continues to evolve vigorously, African countries often initiate such cooperation with the understanding to protect independence and sovereignty, including from extremist and terrorist groups. In most cases, African partners actively participate and get acquainted with Russian advanced weapons, military hardware and experience of its use.

"It proved again that interest in our developments grows. There are more and more negotiations regarding military-technical cooperation every year, and we are actively working with our main customers. This year we held meetings with Russian and foreign partners on the platform and signed agreements," said Sergey Abramov, Industrial Director of Rostec Corporation.

According to Russia's military strategy, the main objective is to ensure that Russia has a technological advantage in highly competitive global markets. And that also include the introduction of a new techno-economic paradigm and digitalization of Russian economy.

Rostec Corporation is a state corporation that was established in 2007 to facilitate the development, production and export of high-tech industrial products designed for civilian and military applications. It comprises over 700 organizations that are currently part of eleven holding companies operating in the military-industrial complex and three holding companies working in civilian industry, as well as over 80 directly managed organizations.

Rostec Corporation's portfolio includes well-known brands such as Avtovaz, Kamaz, Concern Kalashnikov, Russian Helicopters and UralVagonZavod. Rostec companies are located in 60 constituent entities of the Russian Federation and supply products to the markets of more than 100 countries.

This article has been read 443 times
COMMENTS