China-Africa Friendship is the Backbone in South-South Cooperation 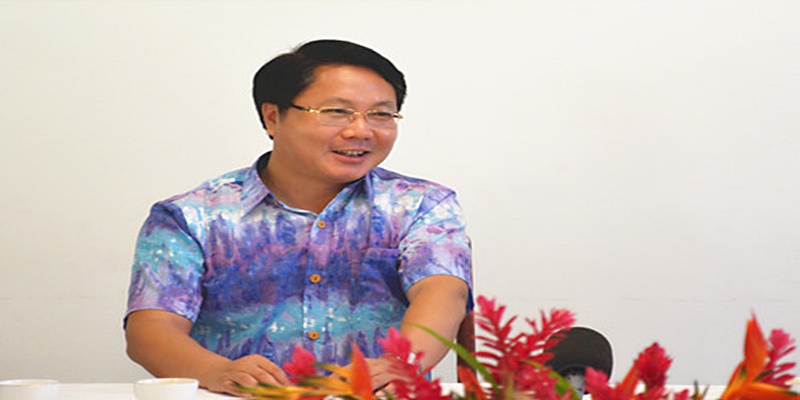 Developing solidarity and cooperation with African countries has been the cornerstone of China’s foreign policy, as well as a firm and longstanding strategy. Over the past 66 years since China and Africa established diplomatic relations, the two sides have forged unbreakable fraternity in our struggle against imperialism and colonialism, and embarked on a distinct path of cooperation in our journey toward development and revitalization. Together, we have written a splendid chapter of mutual assistance amidst complex changes, and set a shining example for building a new type of international relations.

In the Eighth Ministerial Conference of the Forum on China-Africa Cooperation held at the end of November last year, Chinese President Xi Jinping delivered a keynote speech via video link. He put forward four proposals on building a China-Africa community with a shared future in the new era, summarized the spirit of China-Africa friendship and cooperation, and announced nine programs of practical cooperation between China and Africa, which have been highly commended by the African side. After the meeting, China and Africa began to closely synergize and engage in the implementation of the follow-up actions.

Last week, State Councilor and Foreign Minister Wang Yi chaired the Coordinators’ Meeting on the Implementation of the Follow-up Actions of the 8th Ministerial Conference of FOCAC in Beijing via video link. Foreign Minister Aïssata Tall Sall of Senegal, the African co-chair of FOCAC, representatives of previous African co-chairs of FOCAC, sub-regional representatives of Africa, and representatives of the African Union Commission, and African Diplomatic Envoys in China attended the meeting. The meeting was held amid evolving international situation and rising global challenge. Following the 8th FOCAC Ministerial Conference held last November, the meeting sends a strong message of China and Africa joining hands to cement solidarity and cooperation, focus on win-win cooperation and uphold fairness and justice.

State Councilor and Foreign Minister Wang Yi reviewed the sound progress made by the two sides in the joint implementation of the outcomes of the 8th Ministerial Conference of FOCAC in the past half year. The two sides have achieved fruitful results in the areas of safeguarding international fairness and justice, keeping focus on development cooperation, tackling the global food crisis, building a strong shield against COVID-19, advancing resilient and sustainable development, and enhancing regional peace and stability, which have brought real benefits to the African people. For example, over three billion has been delivered out of the 10 billion US dollars of credit facilities pledged to African financial institutions, and nearly 2.5 billion US dollars of loans were channeled to Africa’s priority programs. More than two billion of the 10 billion US dollars of trade finance has been allocated, and China’s import of African goods within seven months reached 70.6 billion US dollars. Chinese companies have invested 2.17 billion US dollars in Africa.

We are prepared to, through the IMF’s two Trusts, re-channel 10 billion US dollars of its SDR to Africa, and encourage the IMF to direct China’s contributions to Africa. So far this year, China has signed exchange of letters with 12 African countries on zero tariff for 98 percent of their export items to China. More African agricultural produce has reached the Chinese market through the “green lanes”. China has provided 189 million doses of vaccines to 27 African countries. The Africa CDC Headquarters building has topped out and is expected to be completed early next year. China has made 332 appointments of medical personnel to Africa. We have expanded our cooperation on solar, wind and other clean energy sources. In countries including Botswana and Burkina Faso, we are carrying out South-South cooperation for addressing climate change. State Councilor and Foreign Minister Wang Yi stressed that these achievements in our cooperation have not come easily. And we have much more to look forward to in the future. Fruitful China-Africa cooperation will add fresh impetus to global development, generate positive energy for world stability, and bring new hopes to people around the world.

Second, uphold the down-to-earth approach, and work for common development. China will continue to actively participate in the construction of major infrastructure in Africa, increase imports from Africa, support the development of Africa’s agricultural and manufacturing sectors, and expand cooperation in emerging industries. China has started building a pool of global development projects, and welcomes applications from African countries.

Fourth, carry forward traditional friendship, and forge a stronger bond between the peoples. China will overcome the difficulties caused by COVID-19 to actively facilitate personnel exchanges and business travels between our two sides. China supports think tanks, media organizations, people’s groups, the youth and women in enhancing exchanges and cooperation to deepen friendship between the Chinese and African peoples.

Fifth, uphold openness and win-win cooperation, and promote the sound development of international cooperation with Africa. China welcomes continued interest in and support for Africa from the international community, and is ready to carry out, with the consent of African brothers, tripartite or multi-party cooperation in Africa. China will continue to work with Africa to enhance the institution-building of FOCAC and mobilize more resources in favor of Africa so that FOCAC will continue to be a standard-bearer of cooperation with Africa.

In his concluding remarks, State Councilor and Foreign Minister Wang Yi remarked that all parties had a thorough exchange of views on ways to fully implement the follow-up actions of the Eighth FOCAC Ministerial Conference and deepen China-Africa friendly and cooperative relations, and reached a three-point consensus.

First, both sides are committed to accelerating the building of a China-Africa community with a shared future in the new era, and further strengthening mutual support and trust.

Third, both sides are committed to constantly boosting the well-established credentials of FOCAC, fully implementing the follow-up actions of the Eighth FOCAC Ministerial Conference such as the "nine programs", and synergizing high-quality Belt and Road cooperation between China and Africa and the efforts to advance the Global Development Initiative and the Global Security Initiative with the AU's Agenda 2063, the African Continental Free Trade Area and national development strategies of African countries.

The joint statement adopted at the meeting encapsulates China and Africa’s common understandings on adhering to the purposes and principles of the UN Charter, opposing external interference, unilateral sanctions and racial discrimination and standing together in response to COVID-19. It demonstrates the firm support both sides have rendered each other on issues of our respective concerns and core interests, and testifies to our firm determination to jointly build a China-Africa community with a shared future in the new era. The African side reaffirms its commitment to the one-China principle, and its support for China’s national reunification and China’s efforts to safeguard sovereignty and territorial integrity. China highly commends that.

Later this year, the Communist Party of China will hold its 20th National Congress, thus ushering in a new journey of building a modern socialist country in all respects. This year also marks the 20th anniversary of the founding of the African Union (AU), and Africa will embrace new development opportunities. At this new historical starting point, China and Africa need to strengthen friendship, solidarity and cooperation for a new era of common development. As State Councilor and Foreign Minister Wang Yi said in his remarks, we are confident that China-Africa friendship will stand any test of winds and storms. It will continue to be the backbone in South-South cooperation and a fine example in international relations.

This article has been read 305 times
COMMENTS