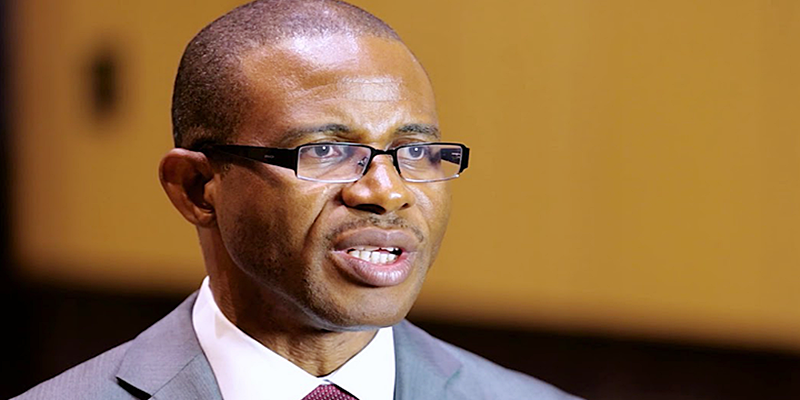 Liberia, our beloved country on the West Coast of Africa, was established by the American Colonization Society for the singular purpose of resettling free slaves from the United States. In this process of resettlement, free slaves from the Caribbean also migrated to or resettled in Liberia. It is further interesting to note that slave-ships with their cargo of captured African from along the Congo basin were intercepted by British naval ships; the human cargo of these slave-ships were freed and resettled in what is today Liberia, the grain coast of Africa. All the while, there were people already in this region before all repatriations and resettlements.

This group of somewhat diverse people from different ethnic background generally called the "Natives," do span from the northern area from Lofa, Bong, to Nimba, and along the Atlantic coast from Cape Mount to Cape Palmas. In a true historical consideration, the Natives were also migrants who occupied these land spaces long before the transatlantic slave trade. According to numerous historians and oral history, this group of ethnically diverse people migrated southwards to this land after the break down of several powerful African empires in the north of the African continent - from the (Sudan), Ghan, Songhai, and Mali empires, just to name a few.

Anyway, back to the main subject, one would think that with this beautiful mix of settlers, re-settlers, migrants, Aborigines or Natives, etc. of Africans or people of African descent, we in Liberia would have experienced the first "Liberian Unity Festival" with Joy, and Peace. But what we witnessed throughout the course of our history as a nation since the 1800's has been a mixture of good and bad in Liberia. I say "good" and "bad," because not everything was good and not everything was bad. Why did it turn out to be a recipe for chaos? Our existence has been characterized by lots of progress, though. But, this progress has been undermined by long-standing divisions, disunity, suppression of one group by the other, the paradoxical enslavement of natives by former slaves in the Spanish island of Fernando Po, and ethno-political rule.

We established the first black republic on the African continent when all of Africa was colonized and when there was apartheid in the Southern part of Africa. We followed the gallant example of our black brothers and sisters in Haiti who defeated their French colonizers and established the first ever black republic in the world in 1804, a revolution led by Toussaint l'Overture and Jean-Jacques Dessalines.

Let us ask ourselves some hard questions: First of all, why are we gathering here today? What has been the source of this problem? Has one group of people thought of themselves as being better than the others? Has one group thought of themselves as being more powerful than the others? Why were native chiefs killed by the settler government in the 1800's? Why were David Coleman and his son killed? Why was President Edwin J. Roye overthrown by the then Liberian oligarchy and met his untimely death on escape to safety? Why was the Grebo Revolt of 1876 (and around 1910) so brutally crushed by the settler-government with assistance from the US?

In the Kru wars of around 1915 thru 1935, why were the Krus so brutally crushed and 100s of the local chiefs executed when there was already a truce? Why the enslavement of natives (mainly Krus and Grebos) by former slaves in the Spanish island of Fernando Po? In 1980, why were 13 of our compatriots executed by firing squad after the bloody over of the government? Why? Why were they killed? Why were over 250,000 of our compatriots killed during the 14-year uncivil war? Today, why are government officials mysteriously being killed and we don't have answers? Why are one group of people enjoying the country's wealth, while the rest of the people continue to live in abject poverty? Somewhere, somewhere ... there could be a deep-seated hurt and agony in our society, and a search for healing that remains elusive to date.

Too many contradictions have unfolded in our nation's history and I could go on and on. But, these few questions (and many more) could hopefully set the basis for a national discussion on why we have been so apart and crying out for Unity all the time. These questions require a serious national dialogue - a dialogue that will be based on openness, sincerity and the search for social justice and genuine peace if we are to confront our past, address present social political issues at hand, and chart a good and better course for the decent future of Liberia, and Africa by extension. This Unity Festival, for example, can be seen as making a contribution to the discussion by waking up the consciousness of the Liberian people, while showcasing our culture to the world.

But, allow me to say this ... we cannot talk about Unity when the people are hungry and angry; when government sees critical voices as enemy of the state; when we cannot help political parties to become institutional and united; when some may say the "Mandingo Man should go back to Guinea;" (in this case, we cannot talk about Unity if we ignore the history of the West African migration I just spoke about earlier).

Let me conclude that this Liberian Unity Festival is a platform that is serving a purpose for addressing these issues and showcasing our culture. But, the world will not respect you (all of us Liberians and Africans in general) if all that is obtaining back home politically and socially is negative, mainly since the last 16 years after the uncivil war ended. We must put aside our differences, bring to justice those that have committed economic and war crimes that have affected our Unity and that have affected our Cultural Heritage. Leadership is very important and in harnessing the elements of Unity and Culture. We must place into power during the forthcoming elections in 2023 visionary, straightforward, bold leaders who are patriotic, who have a love for country, who want to build our country. These are the kind of leaders we need. We cannot elect "leaders" who have hurt our country, whether in the executive branch or the legislative branch of government. We Must Unite as this Festival calls for Unity and the promotion of our Cultural Heritage. We are one people, my people; Liberia is just so small. My people, let us unite; let us promote our culture; but if we must unite and promote our culture, then let us take care of those things that are hurting our unity and culture.

This article has been read 279 times
COMMENTS