Kenya Should Avoid the Politics of Invectives 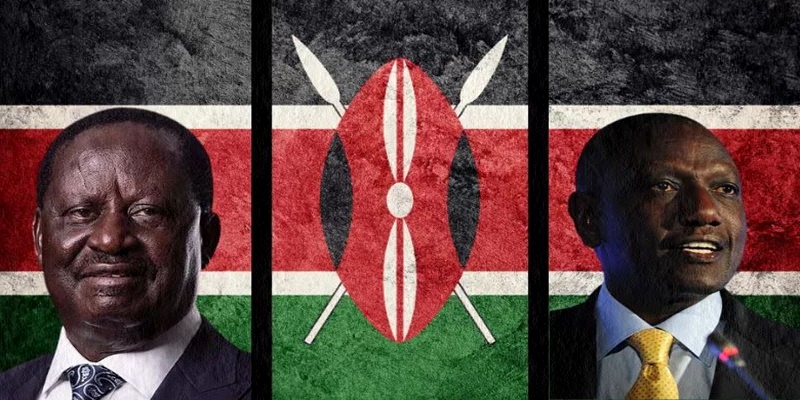 The 2022 general elections are yet to be concluded as millions of Kenyans await the legal dispensation of justice.

Although we have the President elect, and legitimate President by law established, still in office, everyone is holding their celebration until September 5, when the supreme court will pronounce itself on this legal matter. So Kenyans must still adjust their adrenaline hormones and be patient and wait for legal sanctity.

This however doesn't mean taking to the social media riding on the fundamental freedom of speech enshrined in the law to disparage the names of leaders. We have seen leaders allied to both sides of the political divide, loved and loathed in equal measure in social media vibes.

While some bloggers and tweeters appraise them, others have taken a completely negative stand to spew spite and hate against those they don't like or want while showering their masters with all adjectives of good wishes, good luck, long life et al, while deriding others.

This is not good. It creates a wedge between Kenyans. It builds walls and not bridges, while in actual sense Kenyans need to build bridges to bind us and ease our connection beyond tribal tinges. Yet what we witness in social media is sometimes mind boggling.

Some people are just so toxic. The subject of critical elections is not yet over. Why the rage? Can't we hold, first, before self-determination of the verdict ahead?

I think it behooves, rational thinking Kenyans, to avoid ' mercurial temperament' and act with dignity and decorum.  Let's show respect for contempt, because we cannot drive out darkness with darkness only light can. Let's not break bonds of unity, but embrace one another and uphold the doctrines of peace, love and unity as is emboldened in our national anthem.

Kenya is a beautiful country of great people. It is wrong to see some teens and even old people take to social media to abuse the traditional leaders that Kenyans respect so much, uttering unprintable or slur against them. Such insults and abuses only create a wide rift between Kenyans and defy the basic tenets or philosophy of a united and prosperous nation, we envisage.

It is recalled that in their campaign manifestos, both Azimio and Kenya Kwanza leadership pronounced themselves on this matter of national cohesion. Infact, Azimio leadership was more robust in its clarion call on national unity, emboldened in its unity accord or political nomenclature, Azimio la Umoja one Kenya alliance. It was aptly put. On the flip side, the Kenya Kwanza alliance also put the interest of the country forward, riding on the sovereignty of the nation as it is enshrined in article one of the constitution.

The interest of this country supersedes our individual interests. Defying the law of slander, libel and defamation to insult leaders is wrong. It is a blatant abuse of freedom. Freedom is good, infact very good but not to an extent that we forget that everyone has the inherent rights and dignity protected by the constitution. To this extent, when extremely stretched and with proof beyond reasonable doubts that their fundamental freedoms are breached, they may seek legal redress.

My humble advice to social media content generators is to filter the content they post or share that may infringe on the rights or individual liberties. This way, we will build the Kenya we want. A country of people who respect the rule of law and decency.

It is wrong for some teens who don't know the canonical history of this country to spew hate and insults against distinguished and revered leaders such as the Right honourable Raila Odinga. It's negative energy.

This doesn't delineate Deputy President William Ruto, who is the President elect. Like Raila, spare him, too, the epithets of shame. Not even our President Uhuru Kenyatta, who is a compassionate leader, deserves social media wrath and anger. No. They deserve respect for good work done and constructive criticism to improve on areas faulted by successive regimes.

By the end of the day, God will give Kenyans the leader they want. It's God who anoints and puts leaders on the throne. In the meantime, let's retreat to Mathews 7: 7, pray until your prayers are answered.

Peace be to you. God bless.  God bless Kenya.

The writer is a  consulting Editor based in Western Kenya.

This article has been read 1,469 times
COMMENTS