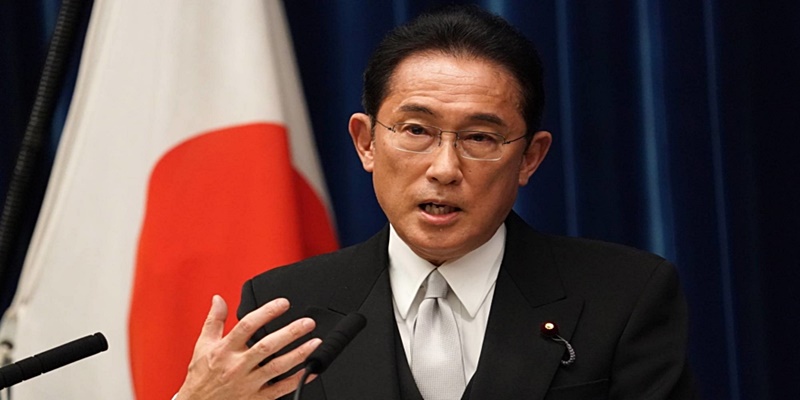 Africa, which is expected to account for a quarter of the world's population by 2050, is a young and hopeful continent where we can expect dynamic growth.

Mr. KUMA Kengo, one of Japan’s leading architects, considers his experience in western Africa to be his starting point as an architect. He is now devoting himself to training young Africans. For him, Africa is a special place where he was inspired and learned a lot during his youth. Mr. Kuma designed the main stadium for the 2020 Tokyo Olympics and Paralympics. I hope one day young Africans will follow him in designing architecture that represents their respective countries.

Japan aspires to be "a partner growing together with Africa." We will work together with Africa to overcome challenges in the region and thus strongly support Africa’s development. Japan also learns and grows through that experience. Japan will promote its initiatives with approaches quintessentially Japanese, focusing on "people." It is my hope that, through a virtuous cycle of growth and distribution, Japan will help realize a resilient Africa that Africa itself aims to achieve.

Japan’s contribution as "a partner growing together with Africa"

At TICAD 7, Japan announced US$20 billion in financial contributions to Africa within the private sector, and we essentially achieved it over the last three years. This time at TICAD 8, focusing on people as individuals, specifically "investment in people" and "the quality of growth," Japan is going to invest US$30 billion as the sum of public and private financial contribution over the next three years.

First, we will promote green growth. We are going to launch "Japan’s Green Growth Initiative with Africa" and contribute US$4 billion in public and private financial contribution in total.

Second, we will promote investment. In particular, we are going to focus on start-up companies in which energetic young people from Japan and Africa will be engaged.

Third, we will provide co-financing of up to US$5 billion together with the African Development Bank in order to improve the lives of African people. This includes a special, newly-created loan of up to US$1 billion from Japan for the purpose of advancing reforms that result in sound debt management and helping a resilient and sustainable Africa.

Fourth, the spread of COVID-19 has made clear the importance of dealing with infectious diseases. I announce today that Japan will contribute up to US$1.08 billion to the Global Fund's Seventh Replenishment over the next three years. Taking the concept of human security as our basis, Japan will focus on Africa and aim to contribute to supporting measures to counter the three major infectious diseases of HIV/AIDS, tuberculosis, and malaria and strengthening health systems.

Fifth, we will promote human resource development. What supports the future of Africa and Japan is their people. Japan has been making contributions to human resource development in Africa for many years. For example, the Noguchi Medical Research Institute in Ghana, where Japan has been contributing to the education of local researchers since the Institute's founding four decades ago, is now playing an important role on the frontline of the fight against COVID-19 in western Africa.

Based on these results, over the next three years, we will work to cultivate more than 300,000 professionals in a wide range of fields that include industry, health, medicine, education, agriculture, justice, and administration.

The "African Business Education Initiative for Youth (ABE Initiative)" has educated around 4,000 young African people as "pilots" supporting businesses in Japan and Africa.

Mr. Amedayenou Trevor Christian from Côte d’Ivoire is one of these promising young Africans. With the expertise he acquired in Japan, he developed an app that performs scholarship information searches. Thanks to that app, more young people in his country have been able to find opportunities to study at universities. Many other young people like Trevor are next-generation business leaders in Africa who address social issues in their home countries while building multi-layer networks between Japan and Africa.

It is also important to revitalize cross-border travel. Japan has recently reviewed its Travel Advice and Warning on Infectious Diseases for countries and regions with low numbers of COVID-19 infections, including many African countries. I look forward to an expansion of activities by the "people" between Japan and Africa.

Sixth is regional stabilization, which is a prerequisite if Africa is to unleash the potential of its people, and essential for realizing African development. In Zambia, after receiving livelihood improvement support from JICA, a former refugee came to speak of her dreams of attending school and starting a business. One characteristic of Japanese support is that we go beyond refugee assistance to support refugees until they are independent and able to earn a living, thereby covering their needs until a sustainable and stable society is realized.

If we are to realize the peace and prosperity of Africa and also the world, we must maintain and strengthen the rule-based, free, and open international order. We will strengthen coordination at various levels between Africa and Japan to promote a "Free and Open Indo-Pacific" and work to strengthen the functions of the United Nations as a whole, including through Security Council reform, among other efforts.

We are also working with African countries toward a world without nuclear weapons. As the path toward a world without nuclear weapons is even more severe under the current situation, I attended the Tenth Review Conference of the NPT and proposed "Hiroshima Action Plan" rooted in five actions, while calling upon the State Parties to engage constructively. Japan spared no efforts to achieve a meaningful outcome, and sincere discussions were held among the State Parties. It is deeply regrettable, however, that Russia expressed its objection at the final stage, and the Conference was unable to adopt the final document by consensus.

Nevertheless, many State Parties reaffirmed the importance of maintaining and strengthen the NPT that both nuclear-weapon States and non-nuclear-weapon States participate. With the conviction that this is the only realistic pathway to nuclear disarmament, Japan will continue to pursue realistic efforts with African countries.

Situation in Ukraine and Food Security

Ongoing aggression has hindered the export of grain from Ukraine, and the food crisis in Africa has become more serious than ever. Japan, as a partner of Africa, will do its best to improve this situation.

Japan has recently decided to make a contribution of around US$130 million in food assistance to African countries. In addition, Japan will provide US$300 million to bolster food production through co-financing with the African Development Bank and assist with capacity building for 200,000 people in the agriculture sector.

International coordination is also vital for strengthening food security in Africa. Japan will accelerate its efforts in close partnership with the international community.

Building upon the discussions at TICAD 8, Japan will strongly support development in Africa on the basis of African ownership, as "a partner growing together with Africa," looking ahead to the G7 Hiroshima Summit to be held next year.

South Africa’s former President Nelson Mandela said, "After climbing a great hill, one only finds that there are many more hills to climb." Indeed, we see that there are many hills left to climb. Japan is eager to climb those hills together with Africa. I look forward to having fruitful discussions with you all over these two days.

This article has been read 517 times
COMMENTS