Is Religion Becoming Another Mental Slavery in Africa? 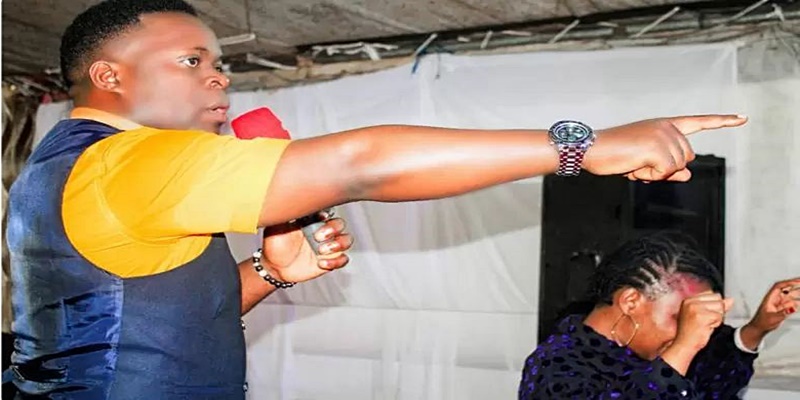 When I read about or watch clips on how some religious conmen and women maltreat our people, I don’t get it. What transpired recently in Uganda where a self-proclaimed pastor, Denis Kintu (42) was filmed caning some of his followers, speaks volumes.  At least, authorities acted after getting the wind of this criminality and madness. They acted decisively when the clip in which Kintu was abusing, belittling, and terrorising innocent, ignorant, and underprivileged sinners surfaced in social media.I don’t cheer the authorities in Uganda for the arraignment of Kintu. It is their duty. I chide them for letting such criminals commit crimes under their noses. Authorities need to be watchful and active.

What was the ‘sin’ that caused such brutality? It was just late coming to Kintu’s soul-vending yerd. I couldn’t believe. I was deeply perturbed and sickened. The first nerve-wracking questions was: Has Africa, Uganda in particular become such useless? Why and what will I do to help my people? How many have already inaudibly and shamefacedly suffered and for how long? How much money have such clergymen acquired by robbing their sheep? Do we still have to exempt the so-called religious entities from paying taxes if at all those behind them are as wicked as this criminal though not all?

When I was growing up, priesthood was revered. Nobody would self-appoint as it currently is. Why do we allow criminals to vend the ‘word of God’ pointlessly or even trust and follow them? Who is to blame? Because of such collective imbecility, Africa has many more churches than factories, hospitals, schools and other important facilities.

If tormented fallowers can sheepishly make do with such assaults, brutality, and mortifications, they can also allow such criminals to pauperise even butchering them like one Paul Kibwetere of the infamous and chimeric Movement for the Restoration of the Ten Commandments of God---who murdered his gullible followers---once did. Why didn’t Africa and Uganda learn from Kibwetere’s psychosis?

Again, if politicians can be deceived and defrauded by fortune tellers and magicians even religious conmen and women, how can they see what our brethren don’t see in faith criminals? Who’s to blame? This is where naivety and sheepishness emanate. Those gullible and innocent creatures the conman and his stooges were heartless and shameless brutalising are like willing sheep being led to the abattoir by a brute or a hyena dressed in their rind. Has Africa, Uganda in particular, become this useless?

Lifetime member of the Writers' Alliance of Newfoundland and Labrador (WANL), an expert in Terrorism and author of over 20 books among which are Africa Reunite or Perish, 'Is It Global War on Terrorism' or Global War over Terra Africana? How Africa Developed Europe and contributed many chapters in scholarly works on many issues of importance on Africa.

This article has been read 369 times
COMMENTS