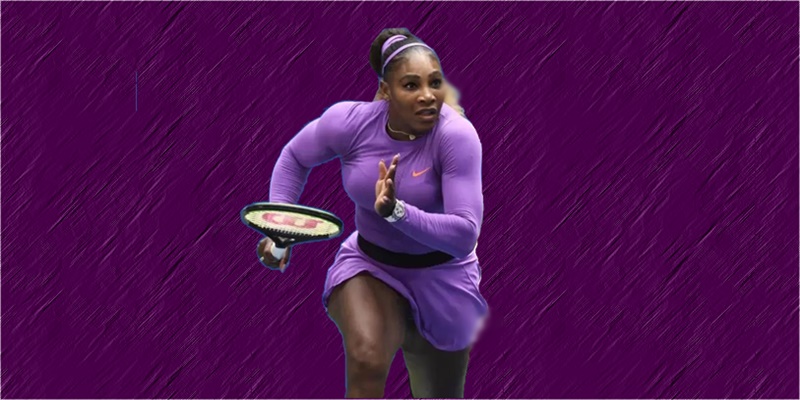 Early coverage sidestepped conversations about the unique kinds of gendered racism that a Black girl from a working-class California neighborhood might face on the professional tour.

Of the many outstanding components of her game, Serena Williams may best be known for her commanding serve.

Those serves, unleashed over the course of a 27-year professional career, arguably heightened the power and intensity of the women’s game, forcing her opponents to game plan for each wicked volley.

To those chronicling her exploits as one of the world’s best tennis players, Williams served up a different challenge.

As a scholar of sports journalism, I have observed how its practitioners have struggled to find their footing when it comes to establishing consensus about what exactly constitutes good sports journalism.

Williams’ presence as a Black woman in a historically white, patriarchal sport, her commitment to activism, and her willingness to bare her personal challenges to the public forced sports journalists to reevaluate professional norms that urged them to focus only on what happened between the lines.

Sports journalism emerged in the late 19th century and fully established itself as a distinct journalism genre when newspaper publishers, in an effort to attract wider audiences, moved away from being partisan party organs. Sports quickly became a lucrative way to sell newspapers.

Those apolitical origins shaped sports journalism’s future trajectory. Success often depended on access to players and front-office personnel, as well as cozy relationships with league officials. Chief among the outcomes of that arrangement was the general reluctance among sports journalists to cast a critical eye toward the role sports plays in our communities and greater society.

In general, Americans often imagine sports as aligned with the values they hold dear. Journalists and public officials regularly talk about sports as the embodiment of a meritocracy and a reflection of the power of the individual to overcome any biases or challenges.

Such media narratives fail to address how sports, despite all their feel-good moments, play a role in contributing to forms of discrimination and alienation.

Reporters play in the toy box

By the late 20th century — just when Williams was emerging as a tennis star — the industry had turned into an enormous multimedia profit-making enterprise at a time when newspapers’ ad revenue was starting to crumble.

Sports journalists had come to be seen by their news peers as playing in a proverbial “toy box” within the wider newsroom. That is to say, their colleagues saw them as frivolous, lacking in a serious approach. They weren’t there to serve as watchdogs or contribute solutions, through their reporting, to issues affecting the nation or local communities.

Instead, sports journalists simply became known as sports gurus adept at parsing the finer points of a football receiver’s routes or debating the merits of a basketball team’s zone defense.

And so when Williams turned professional in 1995 at the age of 14, early coverage sidestepped conversations about the unique kinds of gendered racism that a Black girl from a working-class California neighborhood might face on the professional tour.

As sociologist Delia Douglas has explained, tennis has a history of being accessible only to people who can afford to play at resorts, country clubs and tennis academies. It is also a sport with different rules for men and women, a practice that contributes to stereotypes about women athletes as weak, or less interesting, than their male peers.

But the context of Williams’ entry into professional tennis often went unacknowledged. Coverage instead focused on the efforts of her father to train his daughters, the passing of the baton from Venus to Serena, and the sisters’ style of play. Moreover, woven through that coverage was an underlying suggestion that Serena Williams did not fit within the definition of respectable tennis, as reporters commented on her fashion choices or wondered if her style of play was damaging the women’s game.

Sports don’t happen in a vacuum

Such was the case in 2001 when fans at the Indian Wells tennis tournament subjected the Williams sisters to traumatizing racist insults, an experience that led the duo to boycott the event for 14 years.

Researchers who studied the event found that most of the ensuing media coverage focused solely on the incident itself and provided little insight to address the forms of whiteness and patriarchy ingrained in pro tennis.

This type of journalism is often described as episodic, in that it casts a light solely on the singular event, divorcing it from the forces that contributed to the specific situation. This framing technique is not uncommon in sports journalism. Coverage of the U.S. women’s gymnastics coach Larry Nassar, who was convicted of abusing dozens of athletes under his care, tended to focus on individual victim stories, while framing Nassar as “one bad apple.” And stories chronicling intimate partner violence committed by NFL players have a history of being framed similarly — a crime carried out by a singular individual, separate from a system that may foster violence toward women.

But Williams demanded sports journalists do more than analyze her serve. She has spoken publicly from her own experiences about the tragedy of subpar maternal care for Black women. She asked journalists assembled at her post-championship match news conference at the U.S. Open in 2018 — where she had argued with the judge and been deducted a point — whether a man would be so acutely penalized for doing the same thing.

She has pushed the boundaries of women’s tennis, and in doing so, has insisted that women be treated better by journalists and event organizers, calling for an end to the pay disparities between men and women on the professional tours.

Scholarship on sports journalism suggests the boundaries of the genre are rapidly changing. And the field is shedding its stick-to-sports ethos, in part, due to activist-minded athletes like Serena Williams.

Erin Whiteside is an associate professor of journalism and electronic media at the University of Tennessee. This article is republished from The Conversation under a Creative Commons license.

This article has been read 420 times
COMMENTS