Africa and Climate Change: Some G20 Positions in Bali a Disappointment 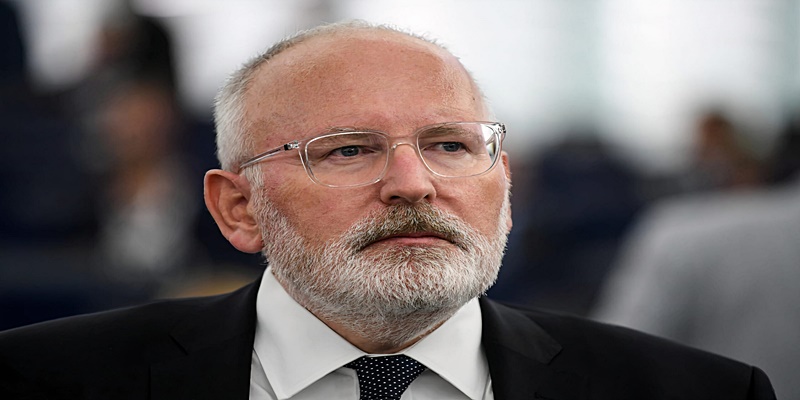 That is why, what we discussed and decided in Glasgow last year was so extremely important: The Glasgow Climate Pact, the global goal on adaptation and the promises to drastically increase the spending on adaptation to look seriously at the issue of loss and damage. All this I believe is extremely important and as important as looking at the issue of mitigation, which is the responsibility of the major emitters.

Alok Sharma and I were at the G20 in Bali, and I salute Alok. He played a crucial role in Glasgow, bringing the world together that time. We were really disappointed by some of the positions taken in the G20 in Bali on climate.

Some of the very big players on this planet are trying to roll back from what they have agreed in Glasgow last year and that should be a huge point of concern for all of us. And some of them, even the biggest emitter on this planet, try and hide behind developing countries, using arguments that I think at some point are no longer viable if you're responsible for almost 30% of emissions. You cannot say ‘but I am a developing country so don't look at me'.

I don't think anybody is helped by that attitude because it undermines our efforts for adaptation if we don't look at that more seriously.

As a European and as a representative of the European Commission, I made the moral points at the beginning of my introduction that those suffering the most consequences are not responsible for creating the crisis, which puts the onus on those who were responsible: the countries that have profited from fossil fuels for over 200 years. Let's be frank, many of our citizens in Europe will not buy this argument today because their worries are linked to their own existence in this energy crisis, in this food crisis, in this inflation crisis.

It might be seen very strange, seen from an African perspective, but it's always what is closer to your own worries is always bigger on your agenda than somebody else's worries. So I would argue there are other arguments that we should be using much more, especially in Europe, saying, and I am deeply convinced of this: without success in Africa there can be no success in Europe.

Our destinies are so intimately intertwined that if we are not collectively responsible for the development of Africa, for Africa being able to use the opportunities it has, we will still be intertwined without doing anything and we will sink together in an ocean of despair.

So I believe that is the strongest argument for those who are not sensitive to the moral argument. Say it is self-interest. It is in our collective interest to make sure that we bring the knowledge that is needed, that we bring the investment that is needed; and at the heart of all of this, I strongly believe is bringing electricity to 600 million Africans who today have no access to energy. And that's the big plus of renewable energy today. It is cheap, it is accessible. It is something companies want to invest in. It is something that can be put on grid, on smaller grids, off-grid, but it can offer the access to electricity, which is also the access to development to people who today do not have that.

What needs to happen for that. We need to build up a capacity we don't have today because there will be a huge demand globally for solar panels, for wind turbines, for all the transmission technology that is necessary. And we need to team up with Africa to make sure the knowledge is shared, the industrial capacity is shared, the primary products are shared. But not in a traditional way, with one side delivering the primary products and the other side then adding value and selling it back – that would be such a historic mistake – but sharing from the offset the industrial development that is linked with this new industry.

Let me end on something that comes afterwards. Because I fully understand the worry in many African countries: ‘Yes, you are talking about renewables but we need to have a baseload'. We all need to have a baseload and in Africa that baseload for some time will be linked to a fossil fuel. Hopefully the cleanest form of fossil fuel, which is gas, certainly not coal, hopefully not too much oil.

But in the long run, the big opportunity for Africa will be to use this enormous potential of solar and wind, which will go way beyond Africa's own needs and put that energy into hydrogen or ammonia or other clean fuels. I am sure global shipping within a generation will completely run on ammonia. I am absolutely convinced of that.

Many of our industries whether it is cement, steel, name them, where you need high-caloric industrial production will be based on hydrogen and green hydrogen in the future. This will recreate the global economy. It will make us independent of certain people trying to blackmail us with the reserves they have of fossil fuel, which is the reality of today. And it will make Africa a powerhouse of the energy of the future.

This is my vision of the future. But the future starts today. So if we want to be credible on this, we have to increase our finance on adaptation. I will fight for this also in the European Commission. We will be able [to pledge] by the time that we have COP27 to be more concrete.

I am looking forward to work with Werner Hoyer who is a visionary on this investment side, with the African Development Bank, with everyone who has an idea about this to make this a great success. And let me repeat and end on that: our destinies, whether we like it or not, are interlinked and we owe it to our children and grandchildren to recognise that and to act upon that as of today.

This article has been read 472 times
COMMENTS