Have African Rulers Refused to Learn and Respect Themselves? 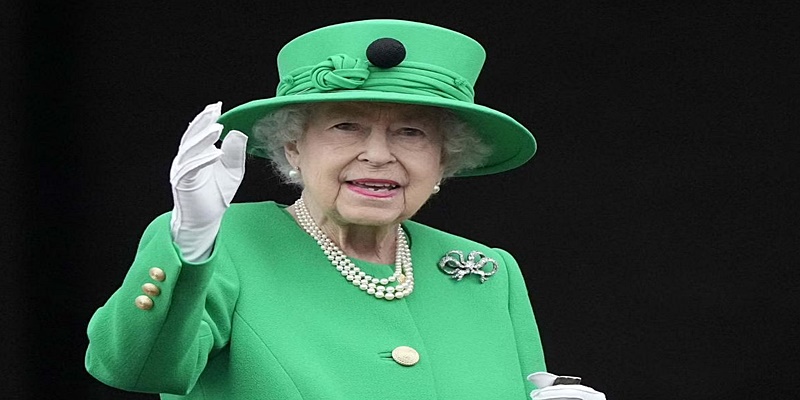 The recent entombment of the late queen Elizabeth II at Windsor castle unveiled how colonial British empire mistreats/regards Africa. This is what we call coloniality in academia. Seriously, who’d believe that our rulers:

First, would come out in big numbers–––burning millions of dollars–––to travel to London to attend the entombment of queen and thereafter kowtow before the new king and collectively embarrass their people and Africa in general? What did they or their poor taxpayers benefit or get from the funeral of a person that never attended any funeral of any African ruler? How much would this money contribute to the improvement of the lives of their miserable people had it been spent wisely? Doesn’t this show that our rulers are in power to serve their masters and themselves in the first place? Where do begging and dependent countries get the money to spend on something like this? How much–––time they spent on travelling­­­–––would do for their countries had they spent it responsibly?

Second, men and women of power would forgo their powers, bodyguards and pomp–––­­­ they love dearly–––and offer themselves be squashed like sardines in the bus to the funeral of the queen? Looking at poor them crammed in a bus was traumatising. Why didn’t they think. If anything sinister planned by terrorists––––God forbid–––happened? Does it mean the dangers that force them to have bodyguards exist and it’s only prevalent at home but not abroad? Again, what’d they fear in Europe where their masters are?

Third, our rulers would dress themselves down this way.  I don’t know why––––even though it speaks to their refusal to grow and learn.  Those seeking to know why, here are a couple of reasons:

Firstly, our rulers still blindly strive and wish to ape Europe depending on whose colonial masters are. They’d like to. perfectly replicate every colonial nonsense. You can see this on where they send their kids for education. British ex-colonies still revere British universities such as Bristol, Cambridge, Edinburg, King’s College, London school of Economics and Political Science etc. while French ones Ecole de Ponts Paris Tech, Sorbonne, University of Montpelier, University of Paris etc. That’s because is from where ‘better’ education can be obtained.

Secondly, because of corruption, myopia, and ineptness, almost all African countries didn’t only inherit colonial education but also corrupted their institutions including high learning ones. Therefore, their brain needs to be fed by their mothers in Europe.

If you ask me even them, what forced them to be humiliated in such a degree, I’d say. All revolves around the lack of amour-propre, dependency, incompetency and their refusal to learn from history that those they ape, and revere are the same criminals that made their countries colonies and poor. They’re the same that still exploit them under different ploys such as globalisation that’s become gobblisation and modernity among others.

Reasonable people would agitate for the rights of their people by seeing to it that those criminals redress them for the criminality and robbery they unleashed on Africa and other colonised countries. One’d think that such rulers wouldn’t go to shamelessly kowtow before the novel king expecting some benedictions, leftovers and nods from him. Yes. If this isn’t the case, all Presidents who attended the funeral would ask to be treated equally.  I can’t imagine or stomach it to see our rulers sniffed by dogs like passengers at the airport where they go without facing such treatments. While African rulers were sweating in the bus, the likes of Joe Biden (US), Emanuel Macron (France), Justin Trudeau (Canada), and others were exempted. Even a small country, Israel’s exempted from this grime while Africa’s entirely subjected to such mortification. What does this say about our worth as human beings? Isn’t this raw discrimination against us? How come a tiny country like Israel’s more valued than Africa put together? Why didn’t our rulers stay home and protect our integrity as human beings instead of willingly present themselves for degradation?

In sum, the planners of this colonial displacement knew the recklessness, uselessness, and weakness of some people. They know. Our rulers refused to grow and learn to be bold and noble. Even during the occasion, our rulers weren’t shown in the big picture. I don’t know if they even got closer to the casket or sat in the purlieu of the chapel. Swahili sage’s it that he who doesn’t welcome you doesn’t tell you leave.

Mhango is a lifetime member of the Writers' Alliance of Newfoundland and Labrador (WANL), an expert in Terrorism and author of over 20 books

This article has been read 264 times
COMMENTS