Role of Elites in Governance 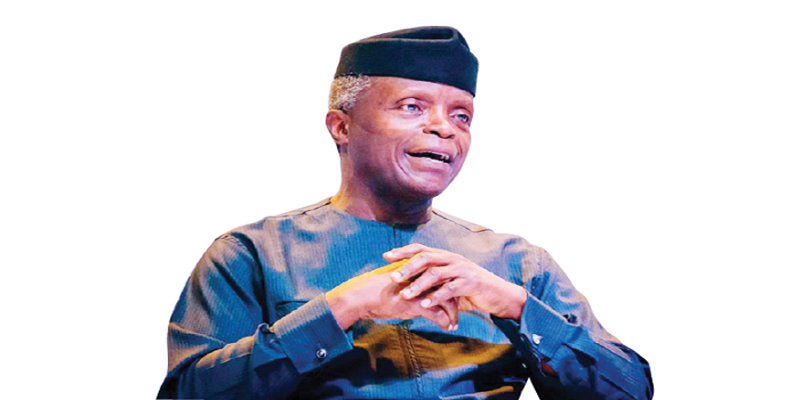 Prof Oladapo Afolabi is not just a leading light in biochemistry, but also a leading public intellectual and one who has spent a great deal of time reflecting on the issues of governance and national development. He has not just spent a great deal of time thinking about this issue, but also putting his thoughts into writing. When a subject like this is discussed, it often raises a fair amount of emotion. There are a few issues which he mentions that I think I would like to elaborate on slightly.

For instance, the question of national unity, the unity of diverse tribes, faiths and classes in society. He makes a very excellent point that we are not the only country that is diverse in tribe, faith or classes. So, this is not a peculiar problem, we are not the only country that has this issue. In fact, the latest on account of the diversity of that sort was Rwanda, where a million people were slaughtered. Of course, we know the experience thereafter, what has happened since. So, this is not peculiar to us.

I think that he made the point very well, that the way by which a country then becomes united is that it is only possible if there is a deliberate effort, by law, by policies, by conventions, to create the basis for that unity. There must be a deliberate effort to create the basis for that unity. The components of that basis include equity, justice, the rule of law, accountability – I like the description that he used, enforcement of consequences for bad behaviour; equal access to opportunity, a fair basis for government appointments, intentional programmes for the poor, weak, vulnerable and those who cannot work. So, it includes Social Investment Programmes, welfare programmes and such.

Just the first few statements that Prof. Afolabi made about the problematic of a lack of ideological framework for our political parties, which the SGF also very ably summed up, to say that; well, sometimes, it looks like there isn’t much of a difference between the two.

The first responsibility of the elite is sacrifice, the ability to make sacrifices on behalf of the communities that you represent.

Now the temptation is for the elite to seek benefit only. That is the temptation that we have as elites, whether we are political, religious or intellectual elites, the point is that the temptation always is to seek benefits for ourselves. Take for example, we have a national programme for young people called N-Power, job opportunities for 500,000 or one million young men and women. Now, there are two options, we either allow the programme to run fairly and justly, (for people) to apply from wherever they are in this country and they have a fair chance of being selected for that programme. That’s an alternative.

The second alternative is for the elite those in government, either in the Executive, Legislature, or perhaps even the judiciary, to say let us give ourselves slots. So, you, in the National Assembly, take 500, we in the Executive, take x number of people. When we give ourselves slots, it is because we are not prepared to make the sacrifice that will enable these young people to say, I belong to a country where there is equal opportunity. But we want these young people to believe in the country.

We want them to believe that they belong to a country. We want a united country, but we are not prepared to make the sacrifice that is required. So, the moment one becomes a minister, permanent secretary, or director, or the moment that person becomes a member of the House of Representatives or senator, that person believes that “I have certain rights and privileges, and I must maximise them.” In maximizing them, one jeopardises the basis of national unity, and equal opportunity for all.

When we started the N-Power programme, one day, the President, President Muhammadu Buhari called me, and said: “Something happened this morning. I was listening to the Hausa BBC service, and two young men called from Bauchi state. They said we applied for the N-Power programme, and we didn’t know anybody, and we were taken. And we have started receiving our salaries. Thank you, Baba Buhari!” He (President) told me this story, this was in 2017 or 2018, I can’t remember. And he said, look, if this is possible, then all these young people can truly begin to believe in this country. That there was a time when he would apply for things and he wouldn’t get them.

So, the truth of the matter is that these things are possible, but they are only possible if the elite is prepared to make the sacrifice.

The story of successful societies is really quite simple. It is usually the story of how the story of the society’s elite, its best educated, its political, and religious class, influence, direct and lead their societies to progress. Put differently, every successful society is the product of a conscious, elite consensus: the implicit and explicit agreements of the elite to change their societies for good. But the elite must be prepared to make sacrifices for the benefit of everyone.

When we look at the Great Charters of societies, the Great Charter of Human rights, the Magna Carta, many centuries ago; the American Declaration of Independence, the enthronement of the rule of law, Justice according to law, the introduction of welfare programmes, free education, progressive taxation…; these were products of an elite consensus in those nations. But the consensus is not always out of altruism. And I’m saying that the elite does not have to be saints. It is not just out of, ‘because we are good people,’ no. It is also out of self-preservation.

The elite must also recognize that the reason why we even make some of these sacrifices, is not just because we are necessarily good people. No. All of those who drafted the American Declaration of Independence, the Magna Carter etc., were not the best people. Some of them were criminals, some of them were corrupt, and some were cheats. But they realized that for society to remain together, for society to work, if they will not be completely destroyed, they had to make the sacrifices that were important.

Most of the political and bureaucratic players were usually people from the best schools. But in those societies also, there was corruption also, there was abuse of office, and the violation of rights of others, but the elite kept the focus of all on the core values of society.

Look at taxation, for example, progressive taxation. The elites could say, “we will not pay taxes, only the poor would pay taxes.” But they realized that in order to keep society together, the richer you are, the more tax you have to pay in absolute terms. So, they created a progressive taxation system, not because they are nice or generous people, but because they realized that if you don’t create a system where everybody contributes, one day, there will be nothing to contribute, and everything will be destroyed by the same people who you are oppressing.

Making sure that misconduct is punishable is so important, that wrongful conduct will not become the norm. In many of these societies, look at the rule of law, the question of the rule of law, how did they come about the rule of law, how did we all agree that we will allow a certain set of people to be called judges and they can send us to jail or even say that we should be executed and killed? And the Elites have to say, all of us will be subject to the law, all, no exception. How did they come about that? They could have said, “only some will be tried before the courts, we who are the elites, will not subject ourselves to the courts.” It will never have worked.

I will leave you with a story. In 1994, I served as a United Nations Justice sector expert in Mogadishu, Somalia. I was working at the time for the United Nations. The country had virtually failed then. After several years of misrule, corruption, neglect of social justice and disregard for the rule of law, the nation was now effectively managed by warlords; area boys or whatever you call them. They were the ones who managed that entire society. Every part of the city and country had its own reigning warlords. This was a society that had everything. They had a proper system of justice, they were judges, all sorts of things; the elites were there. But eventually, it failed because the elites had not responded to the needs of their society.

At that time, there was hardly any food, there was chaos everywhere in Mogadishu where we lived in the UN. In one of the camps where hungry men, women and children queued up for food in a long line with their bowls in their hands. On that line were, former university professors, former senior public servants, former Supreme Court justices, and former journalists, all hungry; waiting in line with their little bowls for food from the World Food Programme.

In 1981, when I started teaching, at the very first conference I attended, there were three Justices who came from Somalia; they were Supreme Court Justices at the time. I met one of them again in that line waiting for food. As soon as he saw me, he recognized me immediately. In fact, I was shocked that he could recognize me. So, he told me who he was. I asked for the other two. One of them was sitting somewhere there, he couldn’t even get up. One of them had died. But they were all in that line (in Mogadishu). That is the lot of the elites: when the elite fails to make the sacrifices that a nation requires to stay united and to believe in their nation enough not to destroy it.

Once more, let me thank Prof. (Afolabi) for such an inspiring lecture. And I pray and I wish that our elites would respond positively to everything that we have said.

Vice President of The Federal Republic of Nigeria.

This article has been read 199 times
COMMENTS